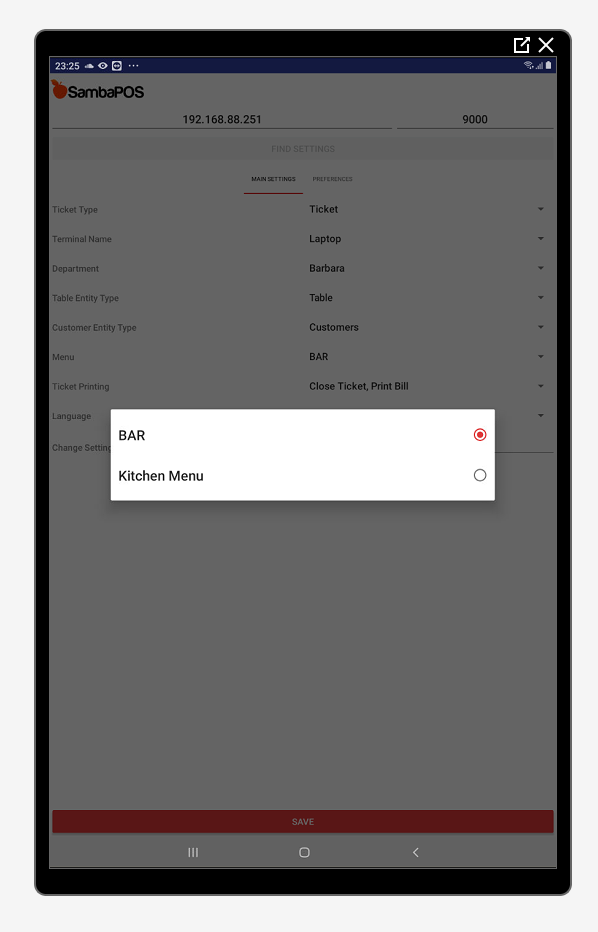 I have a question for developers: why is so unusable? Why do we need the possibility of extensive customization, if this is not applicable in the end? So I have to create a separate menu just for the tablet? Or maybe I should just use RDP? It costs $0 a year and better, right? But my client already bought it. Sorry, but I really angry.

Okay, I combined the menu. But now another problem is that subcategories are not displayed…

I’ve deployed it and it’s very usable. Maybe your needing more than it offers? It does not support sub menus or prefixes. It’s for basic order taking. It was never meant to be a full client.

We will have a version that will be like a full terminal but it won’t be ready for a while it is in development.

RDP is expensive. There is no free RDP.

RDP is expensive. There is no free RDP.

If I have to buy Windows Server for the database, then the RDP is there for free, for at least one connection.

You dont need windows server for database. Just sql express.
For when we used rdp at hotels we have multiple usff dell optiplexes so just had 1 pc per rdp client, cheaper than rdp server.

I know and I use a bundle of debian + ms sql express, but this is not a supported SambaPOS solution, unofficial. Officially, you need to use Windows. Any Windows OS has RDP capabilities, and with the help of RDP-wrapper and other features, you can bypass the restrictions.

Rdp wrapper is a hack. If you bypass the restrictions then you violate the terms of the license.

I was referring to official supported solutions by Microsoft. It is very expensive. Yes you can use single terminal free but then you can’t use the terminal it is connected too for anything else while it’s connected.

You could do multiple machines per tablet like JTR suggested usually that can be cheaper than the license cost.