I’m new here, though I’ve been looking at and testing Samba for over a year now.

I was wondering if it is possible to change the colour of the very pink startup screen. Even just to black would be helpful.

nope this isnt possible im afraid, however when V5 releases the startup screen is a really nice blue 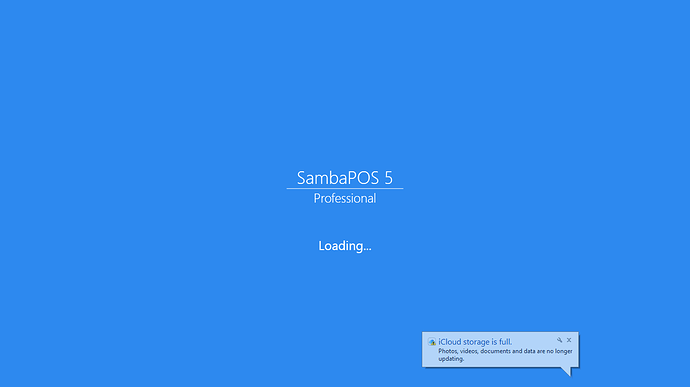 Is V5 available for download (even if it’s in beta)?

@RickH
So that can not be changed by going to the source codes and modify the color codes ?
Or is it based on an image even that can be replaced correct ?

Also, what makes it not possible? I thought it would just be a config change, or a change to an RGB setting?

V5 isnt available for download until we have fully tested it and @emre releases it, he thinks that will be around June

There is no access to the sourcecode SambaPOS V4 and V5 are NOT open source so sorry, that isnt possible. Maybe @emre could do it from his end but all focus is now on V5 and there wont be any more updates to V4 so this will not happen im afraid

Then please may I request an RGB colour chart to choose a start-up colour from.

I realise it will have about 0/10 priority, but it would be a nice little feature, thanks

Also, SambaPOS 5 “Professional” - what is that about?

Theres much more you can do than V4, different scripting engines opening up a lot of new functionality

You cant change the pink colour

I agree if emre is open to adding a startup background colour option in settings would be nice but obviously concentration is on the new features and expanded abilities of V4 rather that cosmetic changes but maybe he will add the option on a future version.
To be fair the blue is allot less bolder statement as the pink of V4 though.

The blue does look nice, im pretty sure there wont be any more updates to V4 as we’ll want everyone upgrading to V5

From what I’ve heard I wouldn’t look too much into the ‘professional’ term on the loading screen, think its from a early idea which has been revised/dropped by emre.

My understanding is SambaPOS v4 wasn’t open source… and v5 wont be either. v3 was last open source version I believe.

Theres is just one version V5 is SambaPOS professional