How can i solve this issue please 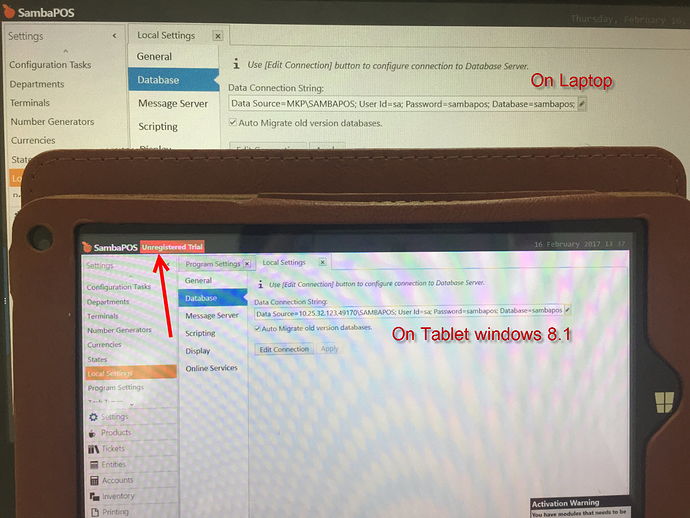 It just sometimes happens. You will probably find if you close and reopen SambaPOS on the laptop you will get Unregistered Trial there as well now. Try this:

Also once activated again, it’s best not to keep the Samba Market account logged in, so make sure you logoff as described in step 1. Keep it like that then it won’t ever try to check the activation again (which is usually where issues arise).

Thank you, will try and let you know