Consider this as a low priority request.

It would be helpful if Automation Command Button can be shown or hidden based on Terminal.

Automation Command itself is mapped on only Terminals with cash drawers. 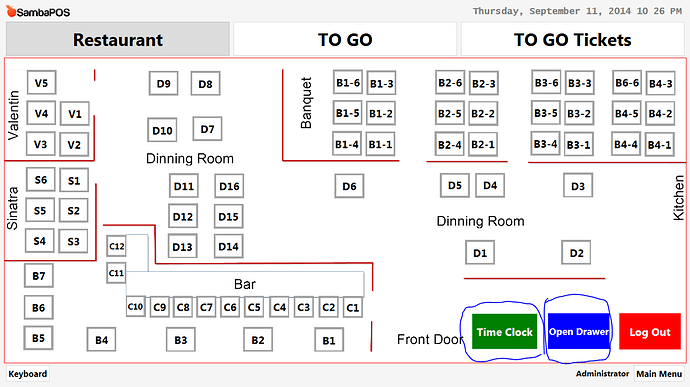 think you can already do that… 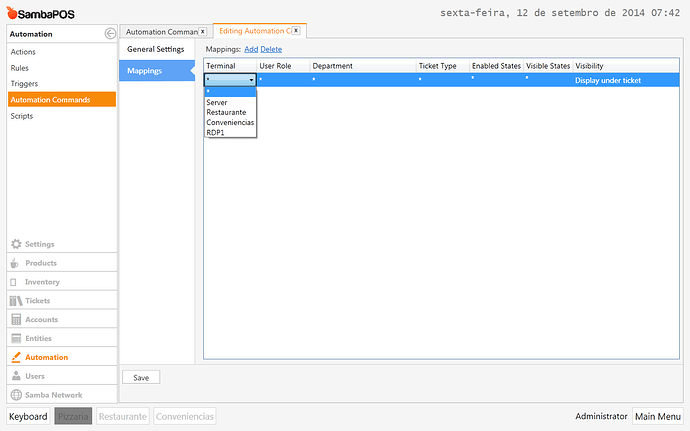 Thanks for the idea. What you are suggesting is already setup.

I am trying to hide Automation Command Button (circled on the screenshot) itself so it is not displayed on certain Terminals.

Those are NOT SambaPos hardcoded, so I guess that you could map them as I showed in the screen…

What you are suggesting is already done.

I am trying to hide Automation Command Button itself.

You can not hide those yet. You can put a confirmation on them that would blacken it out and make it not usable but there is currently no way to completely hide it. Automation buttons as widgets are different than normal automation buttons. Mapping the automation command will do nothing to it being visible on the entity screen. When added as a widget it is hard coded to show on that screen. @emre could possibly expand the confirmation to include {TERMINAL ID} and maybe it would disable it but I do not think there is a way to completely hide it yet.

I understand they can not be hidden based on Terminal. Hence, it is a request for feature development. @emre can add it to his buck list of requests and evaluate it based on need.

I know I was trying to clear up some confusion gerlandog may have had about them.

Those are NOT SambaPos hardcoded, so I guess that you could map them as I showed in the screen…

What @gerlandog suggested is just fine. He means you can design additional entity screens for terminal specific use and map them to terminals. As that screen does not have these commands you won’t need to hide something

Ah good thinking! I was not thinking about that either sorry @gerlandog. Can make multiple table entity screens some with buttons some without.

I did not even think about that.