Automation not executing on first try after create ticket action

For my pre-order automation one selects whether it’s pickup or delivery. There are things that need to happen that require an active ticket.

The create ticket action works fine, but anything else after it fails the first try. Below is just a basic automation that creates a ticket and adds a ticket tag (doesn’t tag on the first try, works on the second):

Here’s with a ticket created and order added (works on the first try): 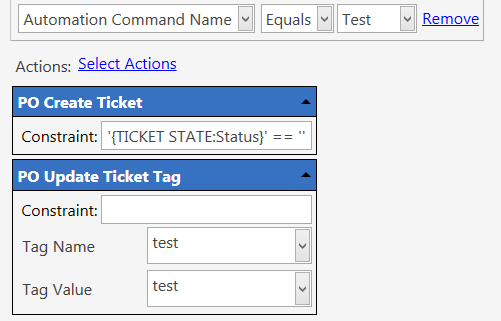 Is there a different way to approach this? Thanks.

It usually is a case of just needing to refresh ticket. Try display ticket action with 0 for ticket id

I am curious why the create ticket though. Have you tried just adding a ticket tag? Define the ticket tag but don’t map it then use automation to apply it.

The tag is just one of a few thing that need to happen to the ticket: tag ticket, set order state, change menu, etc.

When Status==New nothing happens with just a tag in the rule.

I’ll try the refresh and report back. Thank you.

No dice with the refresh ticket action 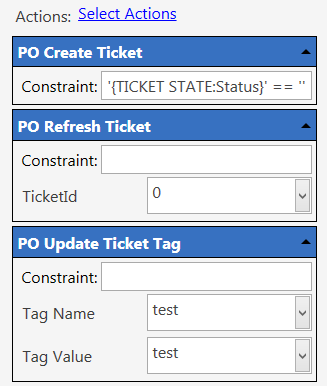 You put it in the wrong place…

You put it in the wrong place…

If i had a nickel…

What are you trying to automate?

So, no luck with the refresh action after the ticket tag. Rule debugger shows everything executing in the order expected.

You wanted to see the datetimepicker in action, it’s part of pre-order automation:

Likely you will need to apply tag after it creates ticket then and not in same rule. Use an Execute ACM action and separate it out.

I would love if you could share that automation for the datetime picker. It doesnt have to be a tutorial if you dont have time. I can build the tutorial if you can share it with me. I may be able to tweak it and make it match SambaPOS look and feel.

It’s not done via automation - it’s all C#

Automation only waits for the return value

So you did a dll module?

Ah ok so that explains the slight delay.

that happens the first time it’s loaded into the appdomain, after that it’s a lot quicker

Easiest method would be use a specific Ticket Type for your project and constrain the ticket created rule even for only that ticket type.

There’s got to be a way; I just have to find it. I’ll see if setting the pre-order state after the create ticket action and see if that is set for the ticket created action to see. Thanks for your input; I appreciate it.

Is that a WPF app? I have a WPF for date picker but it shows taskbar haha, what you used to code your app?