Back Button for multiple tickets 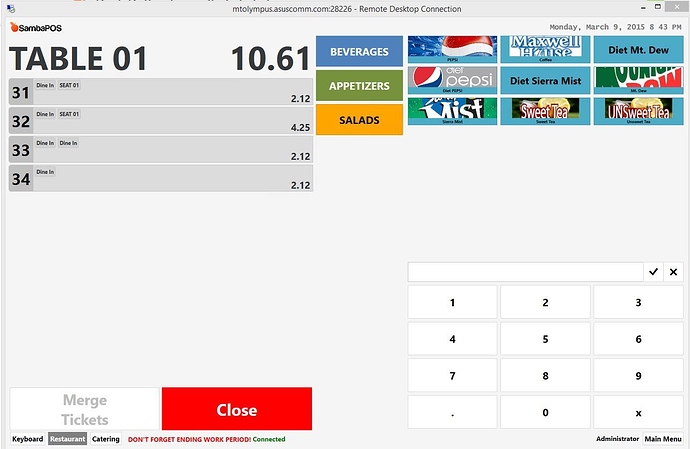 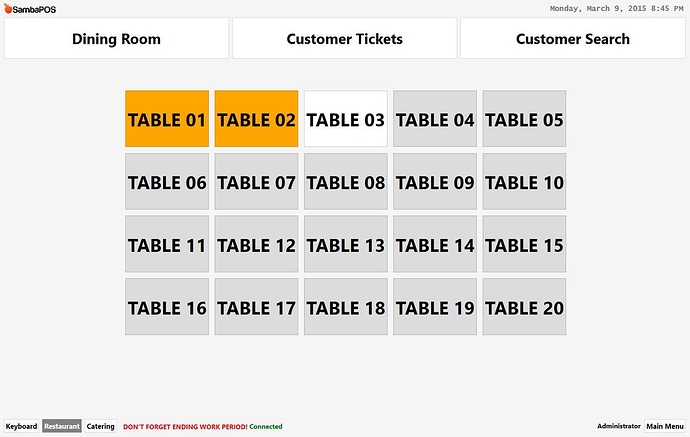 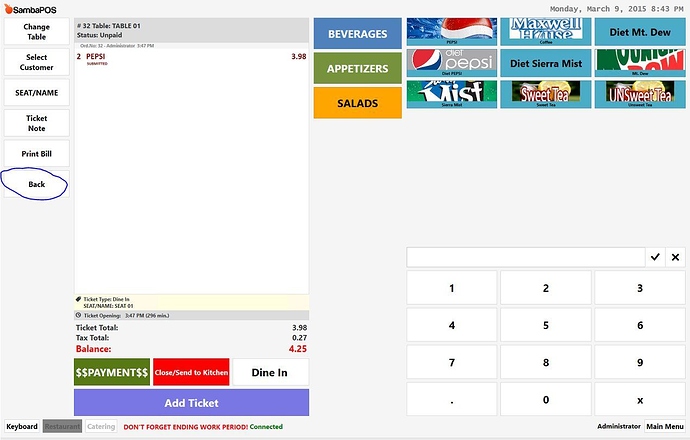 So I can click that button and end up back here…

This would speed things up and also keep from mistakes happening where the wrong table gets selected when the witress is putting a order in on multiple tickets for that single table.

Ok so that is not an entity screen. You were throwing me off with that. I think I understand now. Let me look this up in sure its been covered. That is a ticket Lister. I can’t find the related posts atm and I am in bed about to pass out due to taking Nyquil

ahhh ok well feel better… it can wait… im glad you understand what im trying to do… ill do some searching as well. Thanks alot for your help so far!

There is an Action called Display Ticket List, so setting up an Automation Command button to open that list is simple.

Unfortunately, there is no way to filter the list by Entity. It can only be filtered by Ticket Tag Name (Group) and/or Ticket State Name (Group) …

So this is a bit funky, and is not really the intended use for Ticket Tags nor filtering the Display Ticket List Action, but it seems to work somewhat well. 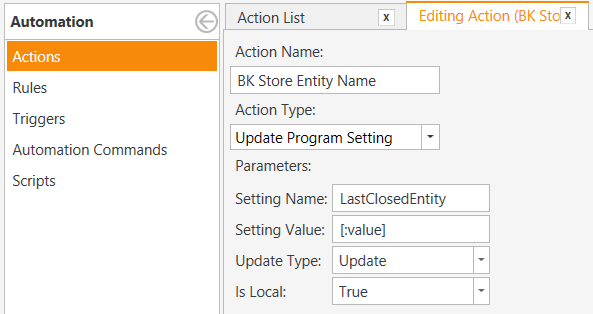 EDIT: I removed the Rules that were here. Look for a later post for a better set up. 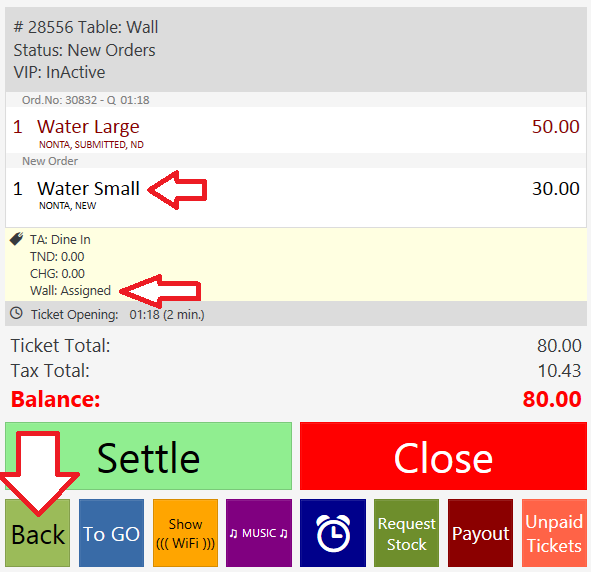 That’s exactly what I’m talking about!.. So I’m going to try this today and let y’all know how it goes!.. This is going to make creating tickets for many guests much easier!

Use the Show Message Action to troubleshoot. Put it in every BK Rule. Have it display things like:

This time, we won’t rely on the Close button; instead we’ll use the events for Ticket Closing and Ticket Opened to store the Entity.

Now create these new ones, and remember: Rules require mappings to function. 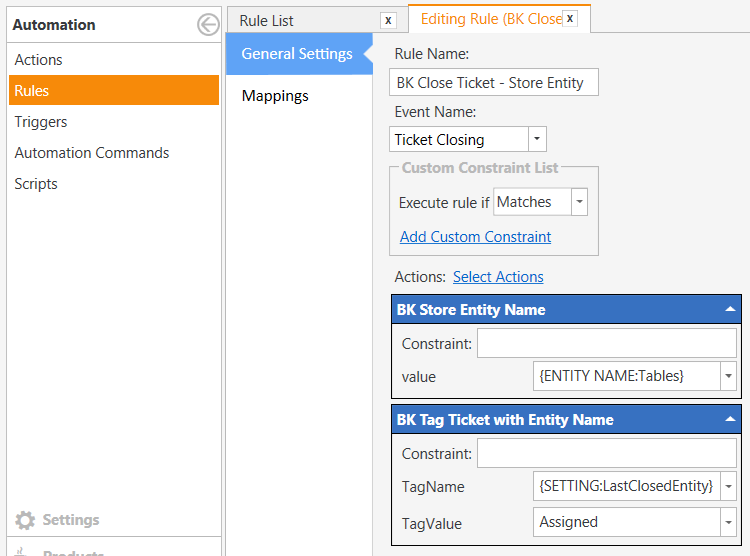 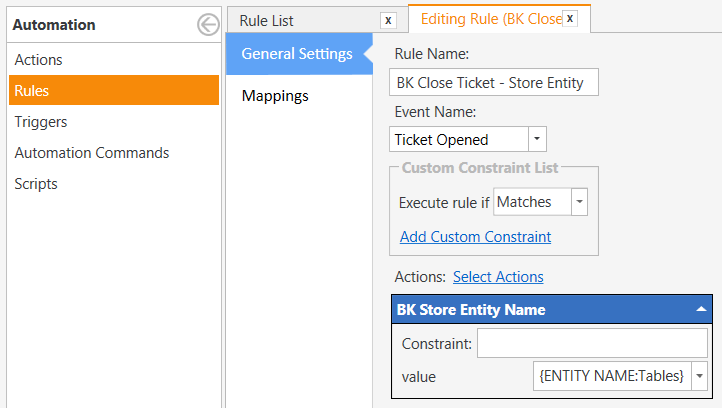 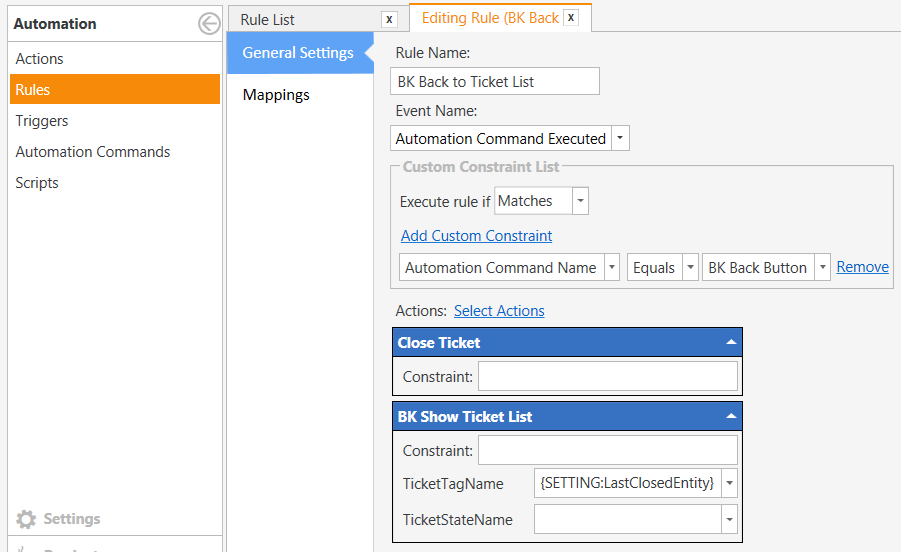 Do you mean this?

That is the Entity, not a Ticket Tag, and it is by design… nothing funky going on.

On another note, you will run into a (very) small issue with this setup if you switch a Ticket to a different Table, but it isn’t breaking - it just looked weird … 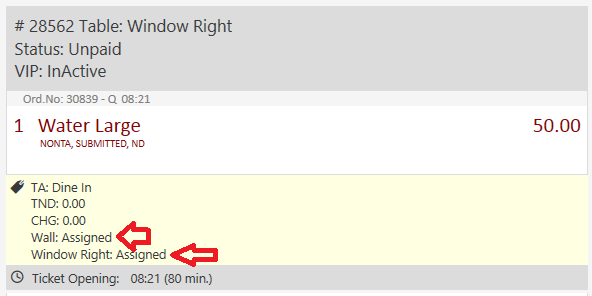 To avoid this, we need to catch the Ticket Entity Changed Event and clear the Tag for the original table.

One more Rule to avoid the “issue” described above … 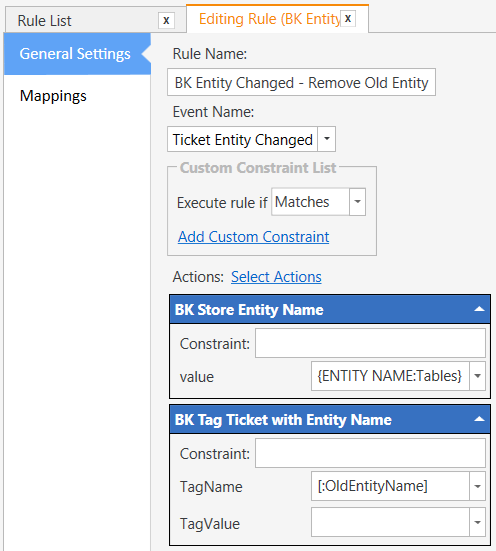 Ok… so playing around with this setup above… it works… but its kind of flaky… Since it also does not work for customer entities… i tried to clone the BK Close Ticket - Store Entity rule and changed {ENTITY NAME:Tables} to {ENTITY NAME:Customers}

Also cloned the BK Close Ticket - Store Entity with the same {ENTITY NAME:Customers} value and it seems to work but them it just goes crazy and just does the assigned assigned thing that is in the screenshots above…

Im not sure if im understanding the logic right on this… does it load the Display Ticket List based on the ticket tag with the entity name?

Hi @QMcKay,
Do you know how to check if there is more tickets under the same entity? I’m thinking it can be built in the the Close button. If there is more then 1, ask if want to show ticket list or close and go back to main screen.

You have too many button under the ticket already

it works… but its kind of flaky…

Right. It is a “hack” since we are using Ticket Tags in a way they were not designed to be used.

That won’t quite work, since we are storing the Entity in a single variable. You would need 2 variables for that to work properly.

Besides that, your Back button has no clue which Entity Type it is filtering on: is it the Table or the Customer? We can not filter by both at the same time. You would need 2 Back buttons to distinguish which Type of Entity you want to filter the List with.

does it load the Display Ticket List based on the ticket tag with the entity name?

Yes, this is what it does.

On Ticket Closing event, it stores the Table Entity Name as a Ticket Tag Group with the Subtag of Assigned. Again, Ticket Tags were not designed for use in this way.

It also stores the Entity Name in a Program Setting (variable) called LastClosedEntity. This is where you would want 2 separate variables, named perhaps: LastClosedTable and LastClosedCustomer.

So why are we “hacking” our way to this? Because the Ticket List can only Filter by State Group or Ticket Tag Group. I tried implementing it via a State, but it was even more messy than using the Ticket Tag.

will tell you this though: V5 will have a provision for filtering the Ticket List based on Entity… then we won’t need this hack method at all, hopefully.

Wonderful!.. That makes much more sense now… I’m still trying to understand how things work in samba… I’ve gotten better but without a good list or description of what everything does and what commands you can use its hard to do stuff.

Would it make sense or be possible to tag the ticket with the entity name…when the ticket is created instead of when its closed. Then have the back button load the display ticket list action. Based on that entity ticket tag?

That would make sense if the Entity was already chosen. But if you create a Ticket by adding orders first, then choose the Entity, you missed the boat. That is why I chose to store the Entity on Ticket Closing event.

Hmm so maybe im confused but when you go to the dinning room entity screen and choose Table 1… and start adding orders to a ticket… does the entity not get selected till after the ticket is closed and ticket printed in the kitchen?