Building a system from scratch

am very willing to help build documentation and Emre has provided me and Q some admin privileges to help delegate some of this as well. Anyone reading this if you have idea that could improve documentation or tutorials even if its forum structure or categories etc please share. Who knows we may even grant you some abilities in the forum to contribute.

One of the major forms of documenation I find missing is in action parameters, Some of them I have no idea what they do, and just do experiments until I figure it out, could we possibly have a post where each action is considered with the information neccesary?

Great idea but I think you missed the point. I am not asking what you would like to see. I am saying we have a lack of participation from community all they want is to ask for documentation but very little help providing it. I personally do not have the time nor desire to list every possible parameter and what it does for every action.

Some things are best left for experimenting with but some things we absolutely need some better form of documentation. I did not mean to create a post outlining the downfalls of lack of documentation I really was just sharing my experience with building a system from scratch.

My experience with this practice lead me to a conclusion that surprised me. I fully expected to get more ideas for improvement of core functions like states, rules, etc and I did get a few and I will share it in appropriate channels but what I saw the most was difficulty finding a few key things for some of the more advanced options. I do not mean basics like what actions do its really not hard to experiment and figure these things out.

Its far fetched but a way to generate smarter searches for forum content would be a start.

LOL i really dont think it works that way. Its nice to say that but in reality it really has not shown to be true. We added more documentation and 1 person contributed. Most people just wanted more.

Where did you add more documentation? to the www.sambapos.org website?

It started as a forum category then we moved it to a wiki.

Please dont confuse what I am trying to say though. Most parts of SambaPOS simply can not be documented due to the custom nature of it. I specificaly am talking about my experience with taking on what most people wouldnt even consider and what I learned from it. I certainly didnt need to know what every action did…but maybe I needed some specifics for how some rules might allow Mark Ticket Closed and some wont… PS thats just an example not real world.

This thread has really gotten off onto something I did not mean for it too so I would like to ask you to refrain from asking for features in this thread including documentation. however if you want to discuss ways the community can contribute then be my guest.

When did I ask for features in documentation? i was giving an idea of a way of the community could furthuer contribute if their was adequate documentation. Like I would love to contribute but I found it very hard as I got stuck on data export, not understanding the formating.

So after the exercise was over I took some time to compare my setup to the default basic setup and really I noticed very few real meaningful differences. The main difference I did notice was how focused I became on specific flow when i should have broken it up in smaller chunks.

@emre one thing I did notice that I think we could use is the fact that we have a LOT of actions now vs last 2 years and while we can type the first word in the actions name to bring up the list of actions matching, sometimes I find myself not able to remember the exact name of the action but I can remember part of it…

Example Refresh Widgets action I couldnt remember the actual name so I thought I will try just Widget expecting it to pull up any action with word Widget in it and it doesnt work that way. It would be very nice if it could match any word or sequence of letters not just the first word in the name.

I mean when creating a new action. 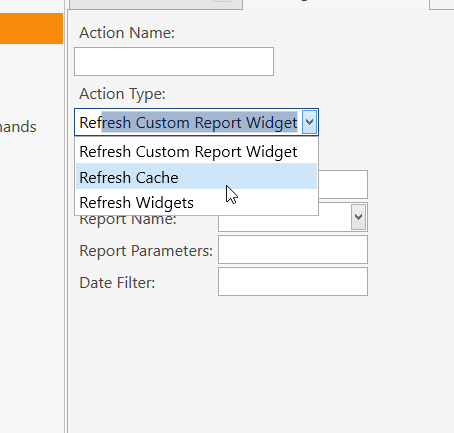 For example the above screenshot It would be nice if typing Widget would return any action with word widget in it.

Something else I noticed that would be nice is the ability to categorize Account Transaction Types similar to how we can categorize Automation Commands with the Category option. 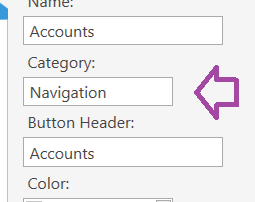 @emre I know this may be too late atm with these requests considering what you have shared with me and Q but perhaps it can give some ideas for future things. These are small requests but man they would be nice to have.

Auto Completion feature disallows that. I changed how it works. For next refresh please let me know if it better fits the case. If not we can roll it back.

I actually deleted every rule, action, state, etc and built a system from scratch.

You lost me here. Why in the world would you do that? I can understand running installation with no products or menu, but the default States and Automation are there for a reason. They form a baseline operational system.

Are you suggesting the default install should be changed in this regard? To something “better” or “more complete”?

No I did it as just a practice not any practical reason. I never planned to use it live it was something I wanted to do. It really did help me with several understandings that I did not have before I did it.

I was not sure what I would find when I started it but for sure if I found a method that worked better I would have shared it with Emre however that really didnt happen.

EDIT: Something interesting though that I found is how Tasks can be used in place of States for some things and it works quite well.

Auto Completion feature disallows that. I changed how it works. For next refresh please let me know if it better fits the case. If not we can roll it back.

OOH @Emre current beta works great with this. Thank you! I typed report and it pulled up all actions with word Report in them.

In regards documentation I think what would be good is an official list of actions and rule events where we can fill in as needed.
Not been on the wiki for a while but in general I often find it hard as there is no one place to go to link from.
An example is report tags, I always end up on emres v4 tutorial which is obviously not complete when comes to v5.
Somewhere we need to have a list of things like that which is going to need to be provided by emre covering al available options.
Report expressions is another good idea.
The expression ‘try it and see’ comes up too often I think but this is because we do not have a full list of possibilities.
I know not everything is literally programed one by one but some form of official list I think would be good covering as examples;
Actions
Rule events
Report tags
Report expressions
Expressions for constraints and events when valid

My origional question when asked about wiki was about offering info for checking / consolidation
I think a good way might be a list, we all fill in blanks as we can and in a few months will have a load of content which can be refined and copied over to the wiki etc

An example is report tags, I always end up on emres v4 tutorial which is obviously not complete when comes to v5.

That is the central place… or that’s the idea at least. We just need to help Emre and contribute to it. I would rather him work on features and next version vs take a break and write documentation.

I wasn’t suggesting emre write documentation but provide us a plain list of available functionsand more importantly new added functions so that a full documentation which doesn’t rely on cross referencing beta topics and threads where things get added if that makes sence.

He has been providing new added functions in release notes. Regardless of how you view it… what your asking for requires him to stop what he is doing and document. I mean if thats what we really want I am sure he would do that.

OOH @Emre current beta works great with this. Thank you! I typed report and it pulled up all actions with word Report in them.

I agree, and I love the way the list of Actions automatically drops down when starting to type …

EDIT: @emre, it would be nice if it was the same with the Events in the Rules, but alas, this is not (yet?) the case …