Cannot use back up

trying to place database back up on second computer - not networked.
I don’t understand how to fix this. can anyone help me?
Here is a screen shot of the message i received. 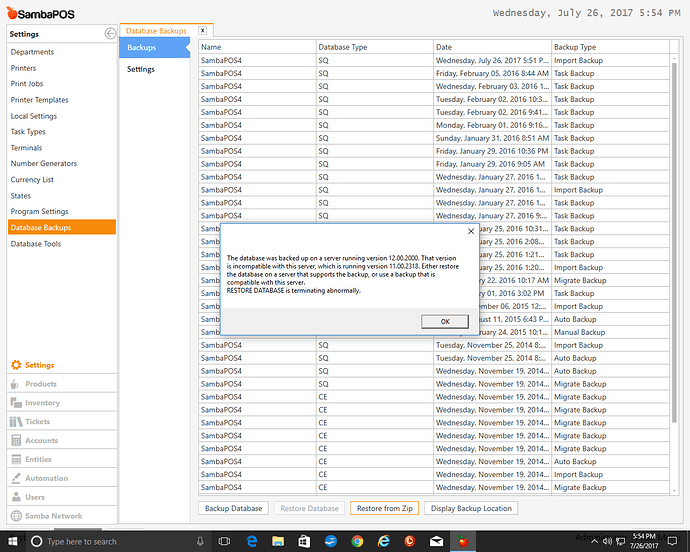 Your running an older version of SQL server on this setup than on the one you backed up from.
You’ll need to update your SQL server on this setup.
A Google search will tell you what versions the numbers represent, will be something like backed up on 2016 but running 2014 on this machine but might not be those exact versions.
That’s your SQL Express version not samba version.

You should upgrade to SQL 2016 on the computer that is currently running SQL 2014.