I have found that with v4 was also installed a new character.
Very nice visually, but it is very subtle and difficult to read, especially with modifiers.
Is there a way to make it more often, “bold type” or change the character?
thanks

I tried to balance it but of course it might look different on different resolutions. Can you share a screen shot?

@spanky I think that solves your need.

With new release it is possible to use bold screen fonts. Enable Bold fonts on local settings. [image] This is how tables screen should appear. [image] And ticket editor. [image] 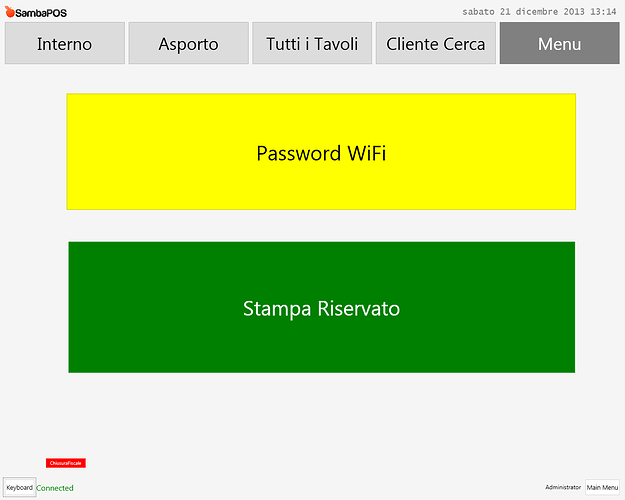 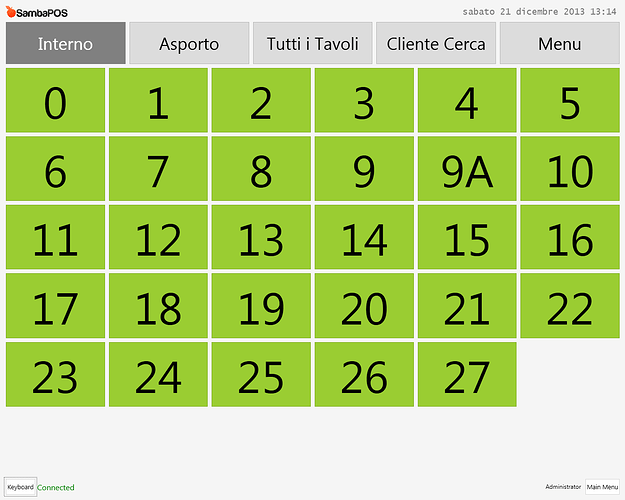 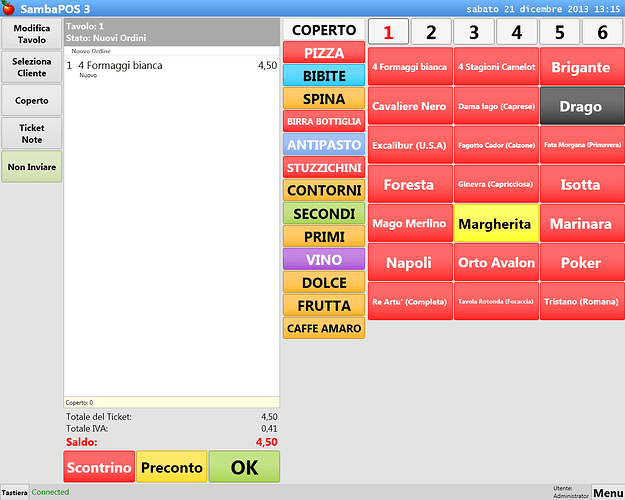 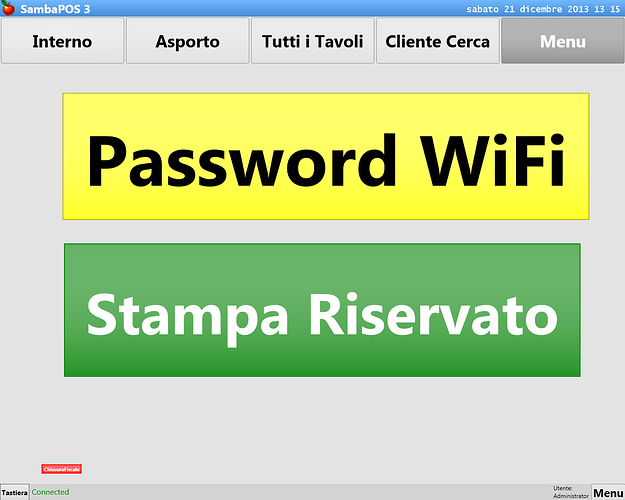 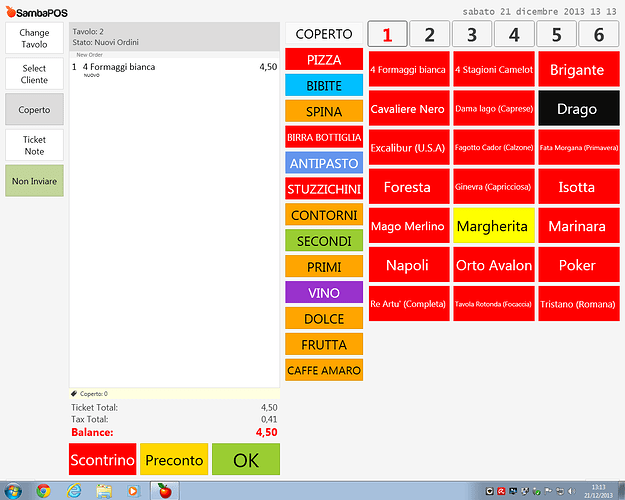 We have font size settings for both custom screen automation command buttons and menu item buttons. I’ve implemented bold font usage feature but instead of using this feature you can try adjusting font sizes.
You can also try using zoom feature (shift + ctrl + mouse scroll on SambaPOS Logo) since you have enough space under menu item buttons.