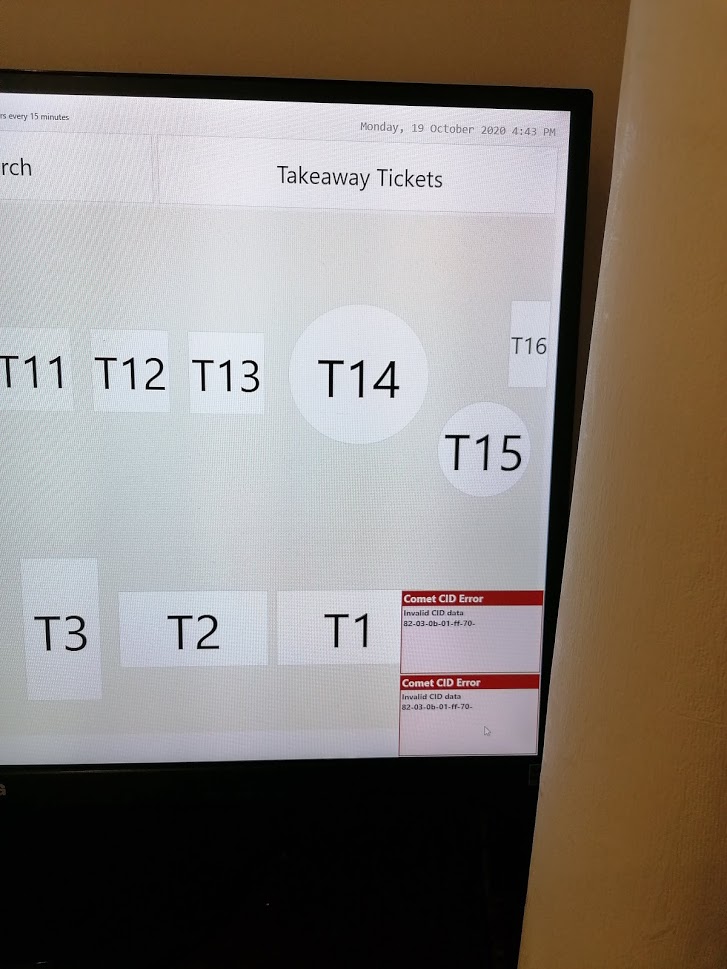 The Caller ID function /popup is still running well.
But the “Comet CID Error” is disturbing when we are busy.

The Samba POS was working well with Comet CID on BT physical line before using the OBi300 adapter.

I have tried to configure the OBi300 box but I can not get rid of the error signal from there.

Any possiblity to filter and surpess the “Comet CID Error” popup in SambaPOS?

Thats a mac address.
Got other voip phones on network.
Had something similar where a voil phone would ring once every x secconds and was due if I remember corectly due to a direct dial option and something on the network pinging out to devices being picked up as a direct call or something like that.

Wait, caller id on SambaPOS can listen for VOIP calls?

Thats what your doing no?
That box is a ATA analoge FXS for voip trunk calls no?
What im saying is the caller id looks like its showing a network mac address so am guessing something on network is hitting the ATA box and making it think its an incoming call.
VOIP devices can often receive direct calls on LAN using say the phone IP address rather than number/extention from PBX/service provider.

Thats what your doing no?

I’m not the original poster of this thread. I’m just piggybacking.

Oh,
So yer, an ATA gives you an analogue/pstn connection that uses a SIP/Voip trunk/connection.
Provided caller ID etc is configured and setup is is very posible to use caller id over a Voip line with samba but you need both an ATA and the Caller ID.devices.

Dang, my phones are all Cisco IP phones.

That shouldnt matter, provided your PBX supports multiple endpoints on a single extention you could have the ATA and Sip phone both connected and receiving calls for the same number/extention

Indeed, I believe it is a void phone ring every 5 seconds. I assume the VOIP phone analog box is the culprit as it is only new equipment added recently.
==>Any possiblity for Sambapos to stop this void phone ring/error popup?

For your reference, we have the following hardware scheme of using VOIP line with SambaPOS.

No idea, have you check options on the ata device to make sure direct dial isn’t enabled?