I am trying to display all the tickets for a table but Display Ticket List Action is not working as I expected. Did I not set this up properly or something? Or is it even possible to use it for my scenario? Its a hassle to have to exit whole entity and enter again to see all split tickets. I noticed Q’s post but his setup was different.
Thanks! 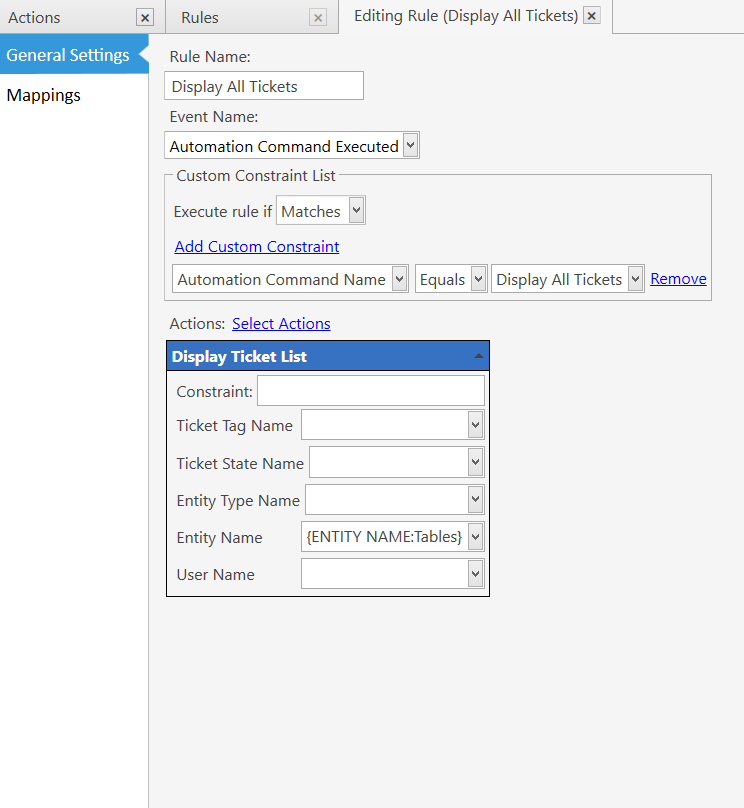 For the command buttons mapping is enabled state blank?

Like anything else, the Action is not going to work with an open Ticket onscreen.

You could add a Close Ticket Action to the top of your Rule.

Does it need to be at the top of the rule? I tried putting it right before the display ticket list action and its still not working!

First: put a Show Message Action in there to confirm that you have access to {ENTITY NAME:Tables}.

If you do, then you probably need to:

I actually did do that already. I even put the exact tables number on there to test and it still doesn’t work. Thats why I tagged emre, I dont know if he developed it with this use in mind.

I use Display Ticket List Action very frequently. I know it will not work with a Ticket Open. I know it works with the Ticket closed.

That said, I don’t use the Entity parameter; I use the “Unpaid” Ticket State, and it works.

Let me try with Entity … 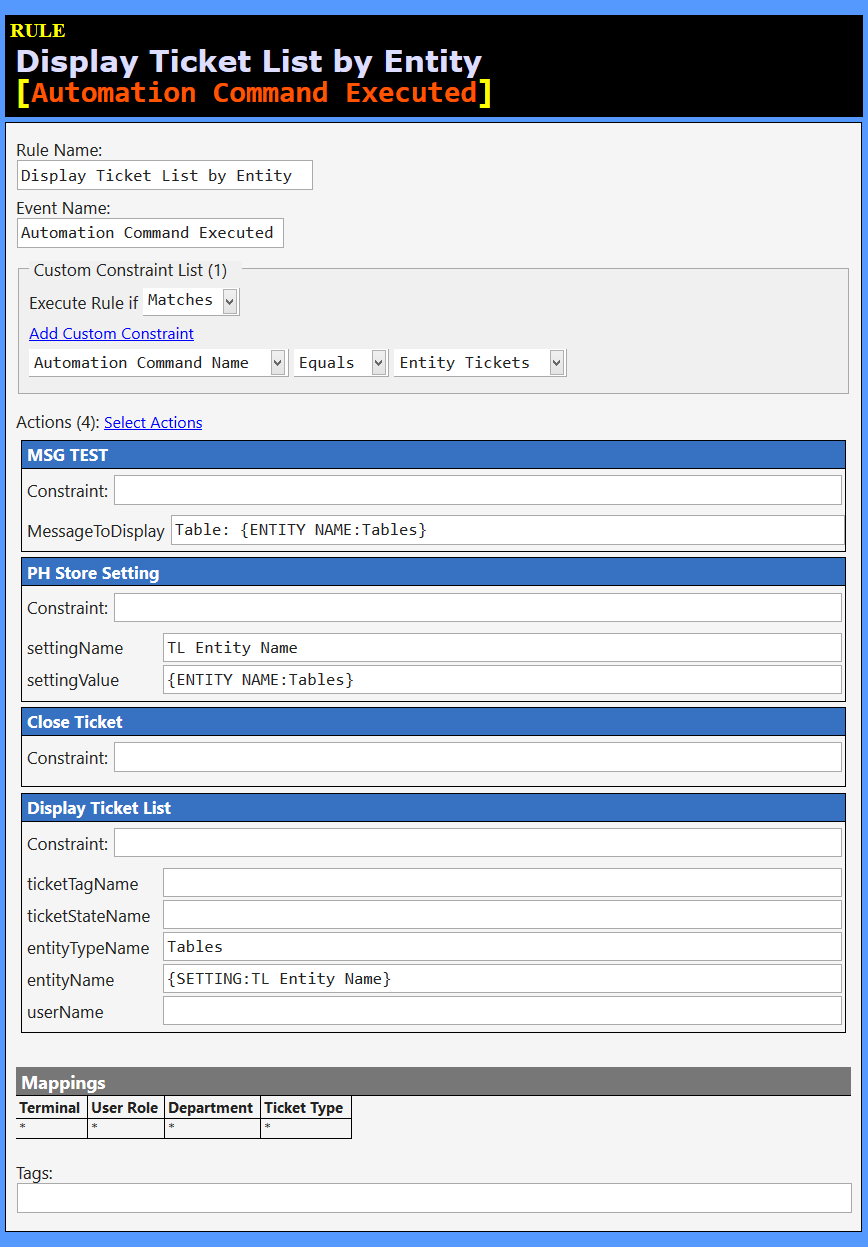 Can you please do me a favor and remove the show message action and test if it still works on your setup.

I did exactly what you showed and its not working for me unless I add the show message action right after ticket close action.

I put a close ticket like he did before the display ticket list. I’ll show my rule soon as I get home.

@emre if you find the time can you give this a little attention please.

I copied the exact setup Q showed me and for some reason it only works when there is a show message action right before the ticket closes. Did you ever think of a method to easily see all tickets inside an entity? As of now we have to exit table and re-enter in order to see all tickets. When you have multiple tickets it can be a little annoying. 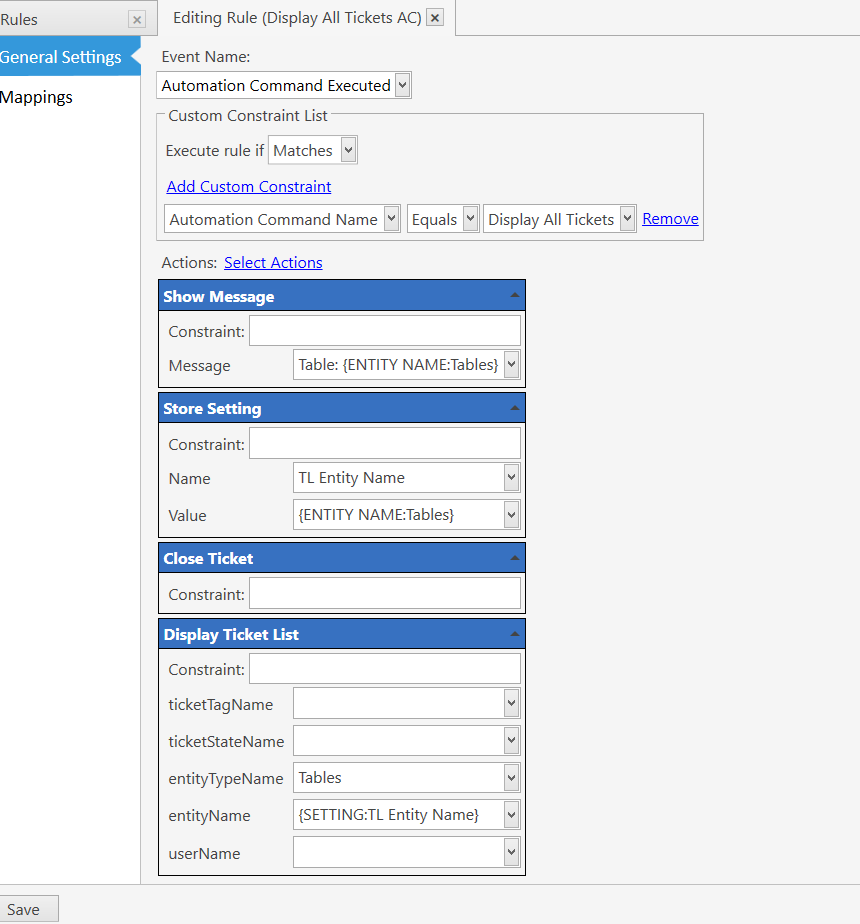 Do you have aother automation in the Close Ticket event that is causing interference?

No, this is a fresh database to make sure thats not my issue.

Ok so instead of using the action in that same rule try using Execute Automation Command and then in a separate rule fire the List action.

I just tested it and it works fine:

Oh wow okay let me try it now. Thanks kendash

Why does it show the table number when i use the action but not when I enter the entity manually?

For the execute AC action did you do background execute True or False ?

Im sorry I must be doing something wrong, as simple as this is,

Can you please show me your rule and actions? This is driving me crazy right now.

EDIT: Acutally nevermind I got it working on my simple database.