Corner Radius Does Not Work in Label Widget

any chance you could fix the label widget so the corner radius works as it does for the auto command button widget? 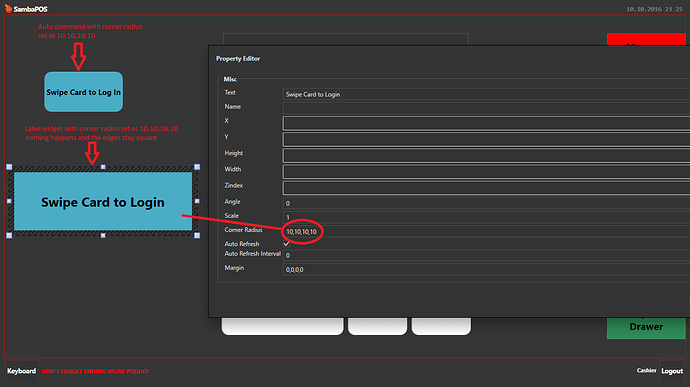 That’s strange. Corner Radiuses work on almost all my setup which included the button been attached to an auto command.
what about trying to remove the radiuses from ur auto command and just setting up the label radiuses and see if that makes a different?

don’t change the button, just test a different/new one

Just seems not to work on a label widget, auto command buttons are fine

That is not an issue. Unfortunately WPF Labels does not have corner radius setting like buttons. In fact it also does not have border but I made some visual trick to make it appear it like it have borders… Maybe I can do something similar. I’ll check.

Cheers Emre, the widget has the setting to enter corner radius. Is that an error in the widget settings that needs to be removed?

Its probably just a case of it being there by default due to the tool he used to create widgets being the same.