Hi to all, i want to discuss and ask your help about a subject that many has mention but no one has found a clear solution.
About Custom Entity Screens and specific about Customer Search.
Many of us want to localize the Customer Search to our native language.
The Buttons (Select Customer, Edit Customer e.t.c.) are hardcored so the only solution is Automation Commands, Actions and Rules. 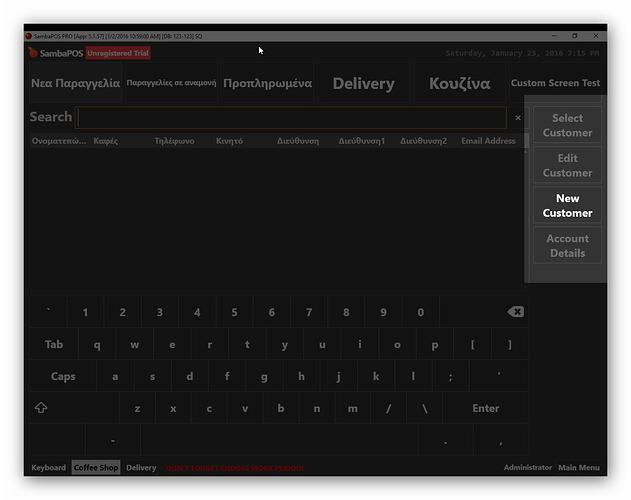 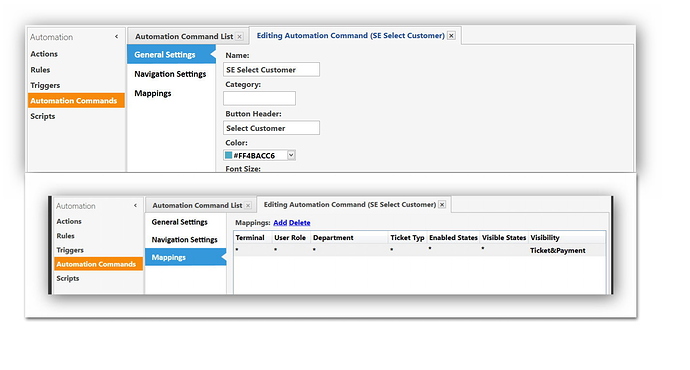 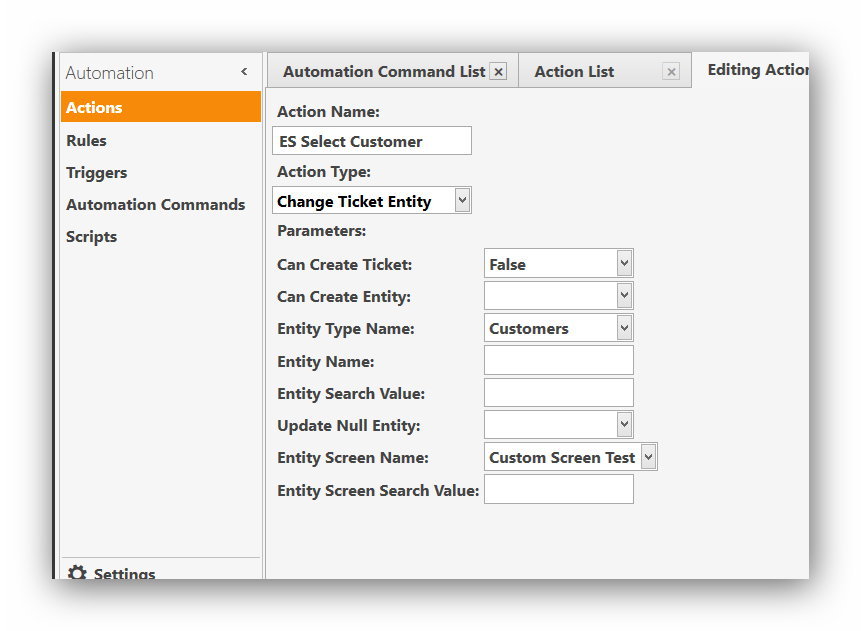 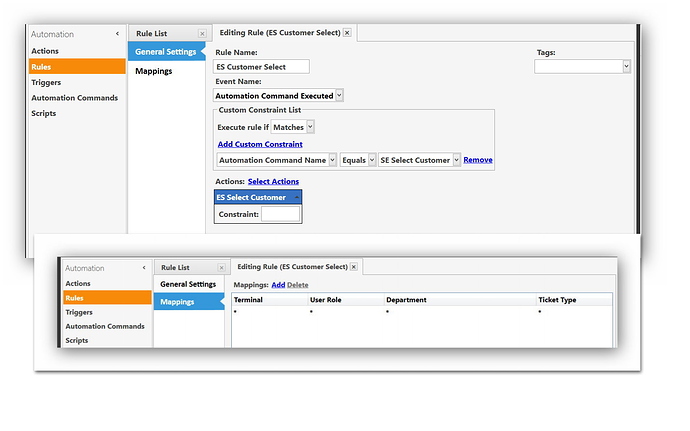 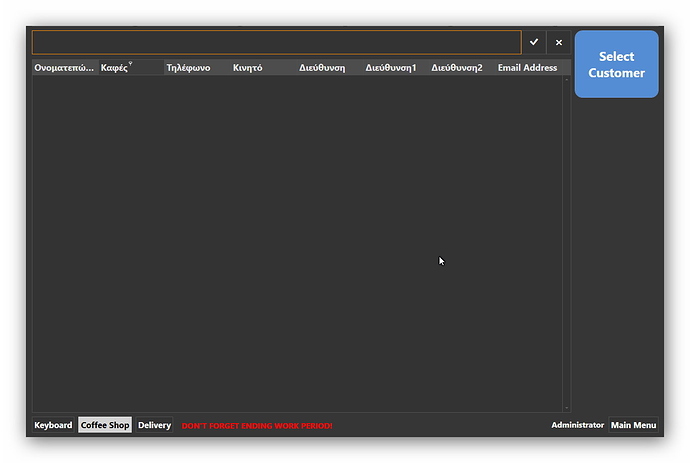 If you have can create ticket set to false then how do you expect to create a ticket when entity selected? You also did not define any actual entity in the action all you defined was entity type.

If I knew how to do it I wouldn’t ask for help.
At least I’m trying !!!
So you said I haven’t define entity, can you please explain ?

5.1.56 Download ##New Features This release contains really nice new features. I hope you’ll like them. I’ll be glad if you share your suggestions or ideas with us. Thanks to Kendash, QMcKay and the rest of the Beta team for helping me implementing new ideas and finding issues. Please let me know if you notice a new feature not mentioned here. You can also review Custom Package Delivery tutorial for detailed explana…

Please remember we don’t have multi language support yet so you may not change some static stuff that appears on screen. Buttons you mention does some state depended operation that you may not replace / reimplement by actions.

Hey @emre
I was playing with that feature yesterday but is not so clear on how to format the syntax for each command button? Using samples from the Delivery Tutorial (Task Widget) I managed to get the ENTITY ID passed when you click a button but I really wanted pass Entity Name or some other piece of data. In fact I was just trying to pass my own static data like the letter B in all cases as I had a system variable already set for Entity Name.

Also I am unsure what you mean when you said:
“If you create buttons mapped to Select, Create or Edit commands these buttons will work as related buttons without need of additional command mapping”.

I think I explained it in detail while explaining how Google Map button works. It should be near to the end of the first post.

Version. In this tutorial I’ll show you how to implement a custom package delivery system. This implementation will allow you to assign tickets to deliverers and track waiting / delivered items. ##Preparing Deliverers We’ll start by creating a new Entity Type for Deliverers. [image] When we create a new Entity Type we can assign them to Tickets. That definition tells …

Umm I think you are quite right (as always), read that Tutorial several times yesterday and was testing [:CommandValue] received by Display Message and not the assigned variable like [:Devliverer]

GoodDay @emre and thank you for your help, that was very useful.
Although i realise that if i select a customer from a Custom Screen there are no products available it’s just blank
I don’t know if it’s my mistake or something with the programm, personaly i think it’s my fault

but i cant find the solution. 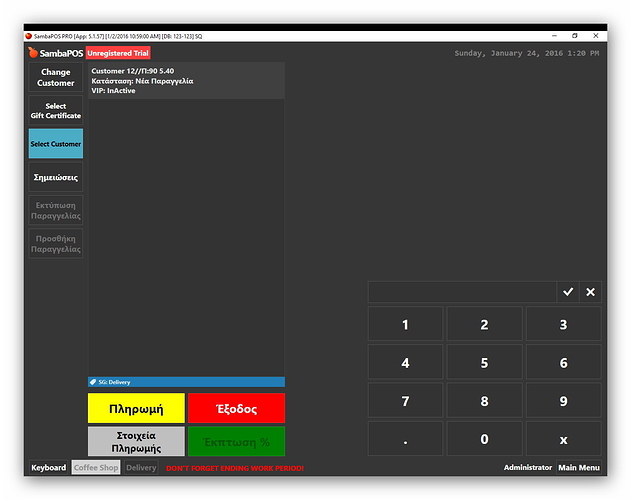 For that department you defined a menu with products in it right?