Numero Comprobante Fiscal, NCF we use in some countrys of latin america cus we needs invoice number thats the goverment give to can make a invoice. in our case we have four types and every customer ask the NCF Number Thats he needs

Would these not be ticket types?
You can then easily use four different ticket number generators.

the problem is i want to show it in all tickets type in delivery n restaurant and take out and having the same secuence, im thinking in use ticket tags after reading this http://forum2.sambapos.org/index.php?topic=97.msg671#msg671 but doing automation command buttons to show the secuence

You would need to use program settings, read the current value, use it to tag the ticket then increase the setting up one. 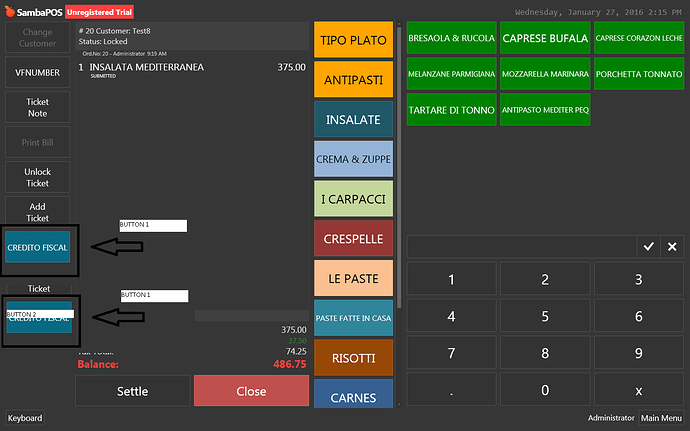 thats im trying to do!!! hehe

OK, so whats your question

is not much help…
if it were me I would add a hidden ticket state along with the tag and map these buttons to state= so these buttons can only be used once per ticket.

show me how can i do it. sorry im new on this just have couple of days implementing this pos

Sorry, working on my own projects and don’t have time to guide you through every step but happy to guide. 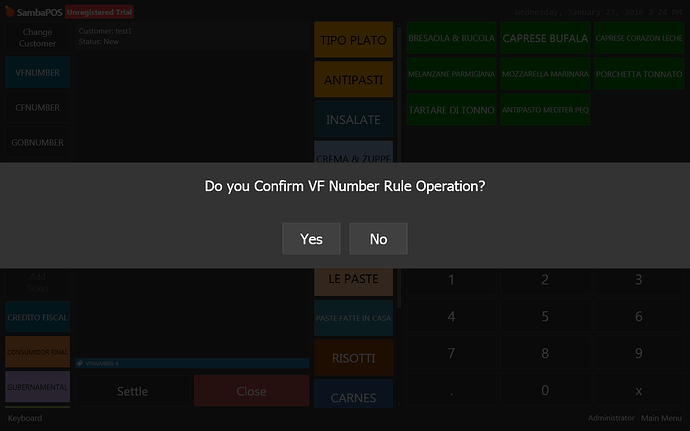 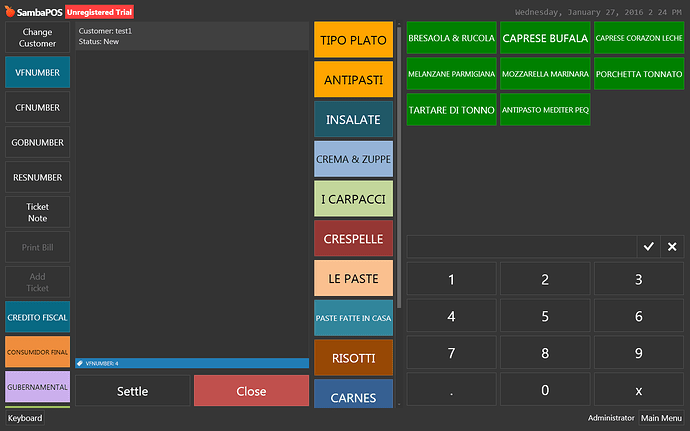 how can i use buttoms not so big

AFAIK, Buttons on the left are fixed size. So, no you can’t make it smaller.

AFAIK, Buttons on the left are fixed size. So, no you can’t make it smaller.

You could combine them in to a single automation command and use command value list.
Would look like this; 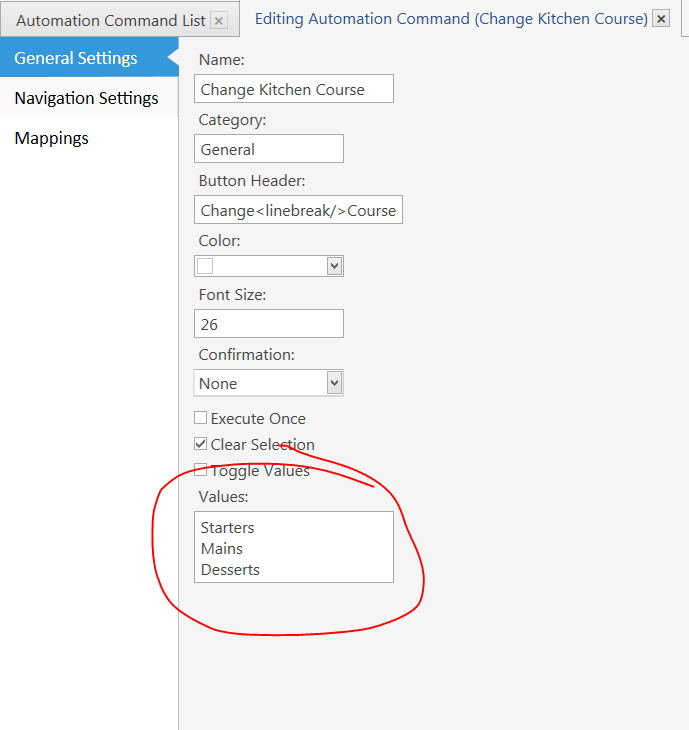 or use an ask question with 4 buttons for the number types.