@emre I asume that you are wondering if the code verification generation could be written in javascript.
There are javascript libraries for RC4 https://gist.github.com/farhadi/2185197 , Verhoeff http://en.wikibooks.org/wiki/Algorithm_Implementation/Checksums/Verhoeff_Algorithm#JavaScript and Base64 https://github.com/dankogai/js-base64. The rest is basic javascript so the answer is yes, we could generate the checksum with javascript.

Thanks @JTRTech for your reply. I tried to open your tutorials but I get “Sorry, you don’t have access to that topic!” on every link.

but I get “Sorry, you don’t have access to that topic!” on every link.

That is because he linked you v5 Beta forum threads. Silly @JTRTech he is new to the beta group so still learning the ropes of how it works, sorry for that.

Oh, sorry, didnt think about that…
If you search for automation command delay and background you should find other threads.
I would imagine the background may not help as believe its in relation to samba process que but delay might help.
Your payment processed bill printing could be ‘looped’ in that it instead of an action for the print job its an action for automation command with a delay with a separate rule to fire the print job action after the delay giving your code time to generate and save to program setting.

The background option is v5 only. But the delay is in v4. It wont be long before v5 is released. Sometime in June is the target. With v5 we can call Jscript functions and looking at some of those you linked I dont see why they wouldnt work. So v5 will definitely help you.

Knew there was a reason I put in V5 beta, sorry not quite fluent enough in V4 to remember which features are new to V5 as most of my more detailed ‘tinkering’ has been in V5 beta.

Here is a topic discussing the delay feature in general question catagory;

This should work, even in V4.

First, manually insert a row into the table [ProgramSettingValues] with the [Name] set to CHECKSUM.

Use an UPDATE query in PHP to set the value for CHECKSUM.

Set your Print Bill Rule to call the PHP script, and use a delayed Execute Automation Command Action to actually print the Bill. A delay of 1 second should suffice.

In your Printer Template, you simply read the value in SambaPOS with {SETTING:CHECKSUM}.

With V5, the process would be simplified, but I am confident you could make the above work in V4. 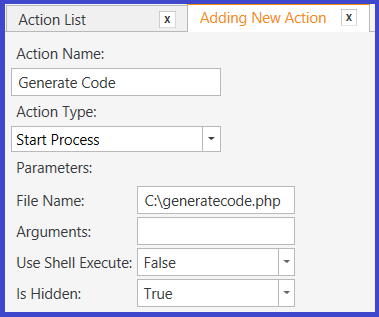 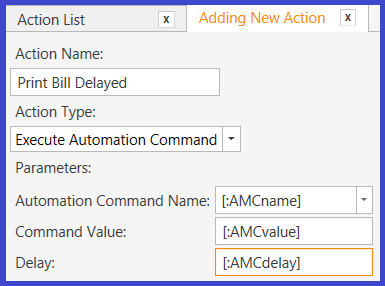 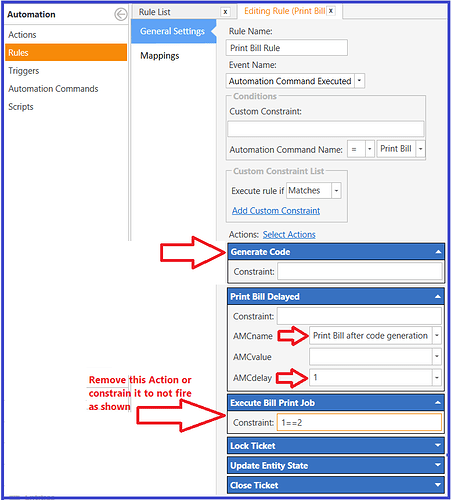 Thanks @JTRTech , @QMcKay @Jesse for guiding me to the solution. I am testing. I am still a bit worried about how to manage concurrent update of {SETTING:CHECKSUM} in case two bills get printed at the same time. I guess the best would be to set a Program Setting for each ticket number ( ex: {SETTING:CHECKSUM_00111}, {SETTING:CHECKSUM_00112} … } but is there a syntax to use dynamic variable names in the templates? something like {SETTING:CHECKSUM_{TICKET NO}} ? I guess a better solution would be to store the checksum number directly in ticket tags or ticket states via sql (with php).