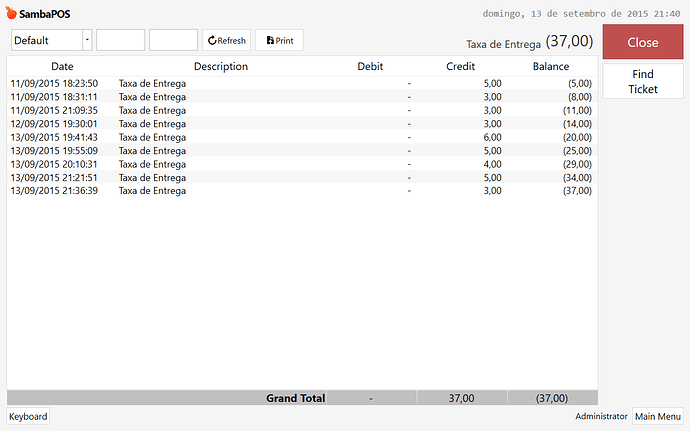 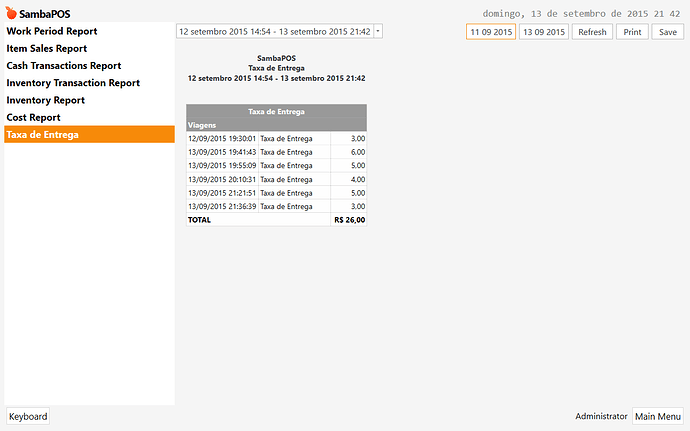 and leaves the 11th out…

strange… what I am missing??

I’m not really sure but would it have something to do with work periods?

I am not sure either…
but when you filter by date, that should not be a problem…or is it?

Can you please show us Work Periods screen that displays starting and ending of that range?

sure!!!
Here is the screen 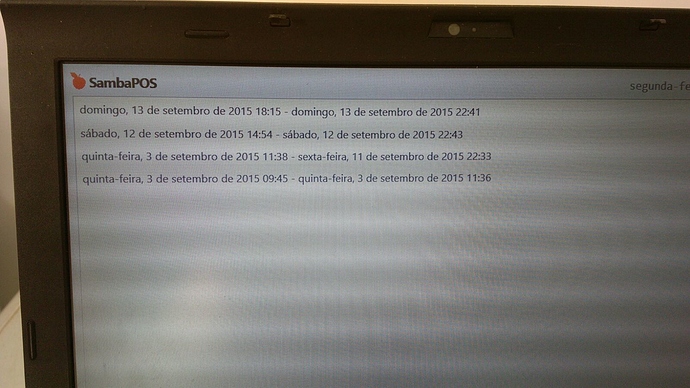 Looking at your dates its the first 3 tickets of the account screen from the 11th
Your report is showing 12th - 13th?
Your work period before 12th was 3rd to the 11th.

Question, I want to list only from the 11 to the 13, is that possible?

EDIT, Dear @Jesse we wrote togheter… I can not try it nwo, just tonight, but, I tought that I could use any date filter there…

Have to do that with SQL declare the date range.

Thats fine, this was a strange work peridod… next wont be like that… but I tought that may be a bug, because on the drop down you have the period selector, but on the other hand on the right date filter you should be able to filter by date…

The problem with inconsistant work periods is if you had changed date to 3rd you would also have got the 3rd - 3rd work period in the report aswell.
Looking at your numbers its not active system yet but this loophole in default reports has caught me out a couple of times
where period has ended in same day as another one started and ended. ie late night in the pub open past midnight.

I know… work periods either you love them or not… in my case its like a marriage… you just accept it in order to get s@#$%… jajajajajajajajajjajajaja, just kidding…

There are lots of things that I forgot how to use or implement… 6 months dont seem much, but my head was flooded with problems, and as you all know… i dont have a lot of space in there…

There was talk at one point about option to filter by work period id to/from but dont think anything came of that.
However imagine its an option if specifying the wpid in sql report.

The problem here was only becuase I had a strange strarting work period, and I think that will not happen again… I did not remember that date filter on the right was tided up to work periods… buts fine for me… I allways can do a SQL report, with time… jajajajajja

The problem was that yesterday night, sunday, 11 pm I had to pay to the “moto taxi” all the “taxas de entrega” from thursday to sunday… and I was having a hard time to get the ones form the 11th… just becuase the work perido was started on the 3rd… If I just had pay a little more attention, and filtered from 3rd…

It’s that screen that’s tied to work period. If you design a custom screen and put report widget I think there are ways to define date ranges. It’s been a while since I messed with reports. @QMcKay might have more knowledge to share about it.

With some free time now, until wednesday I will do some reportings to help me out…

again… this old brain of mine, is not what it used to be, 25 years ago…

where period has ended in same day as another one started and ended. ie late night in the pub open past midnight.

That’s the reason why we stick to work period dates.

Like that works but the issue I had was if say the 12th was quiet and finnished before midnight,
I can’t remover the exact way round it was but think I couldn’t get 12 report right as it added the 11th.
The issue was if wp ended early morning am, started am and ended again pm within the one day.