Hi. I have a problem with my SambaPOS configuration, and I can’t find the solution on the forum.
When I open a new table etc, it doesn’t change colour, it stays grey.
Please could someone help me to fix this ? Thank you

Youll need to show the action and rule used to update the entity state, something has changed with your state flow i would guess 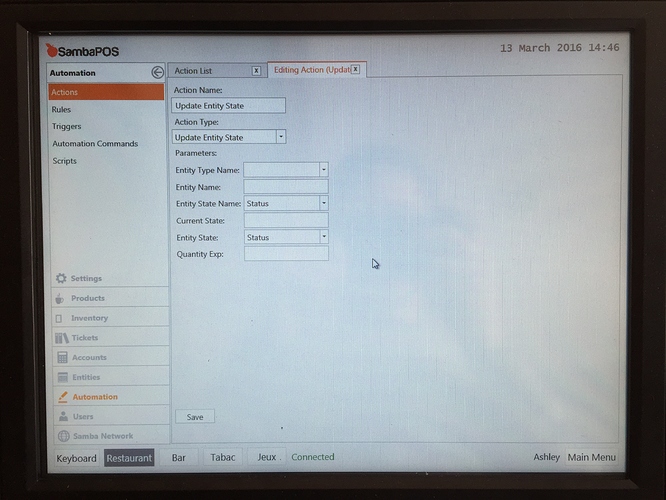 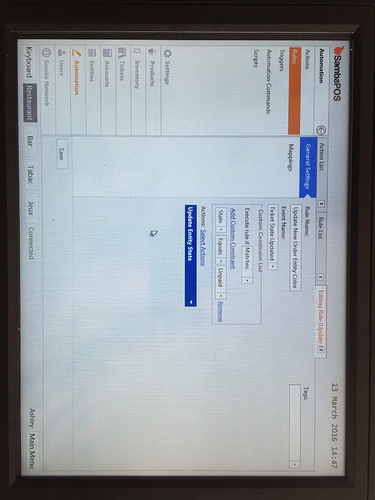 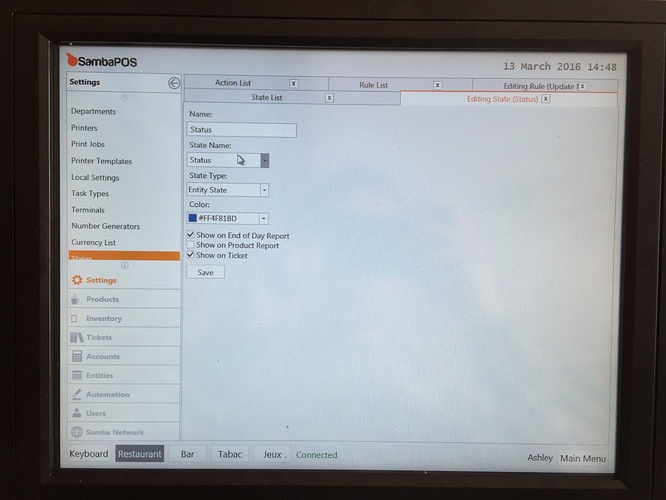 can you put Entity State in following format: [:Status], see below example 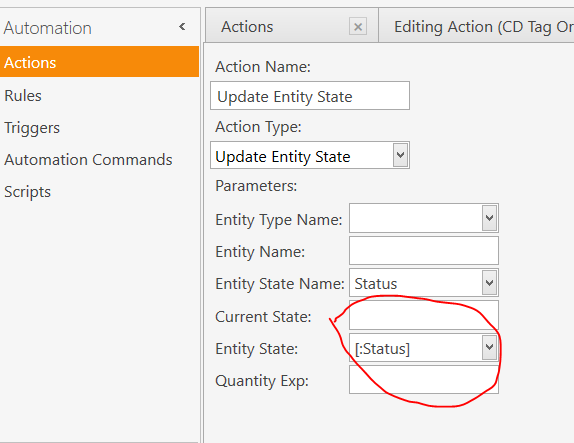 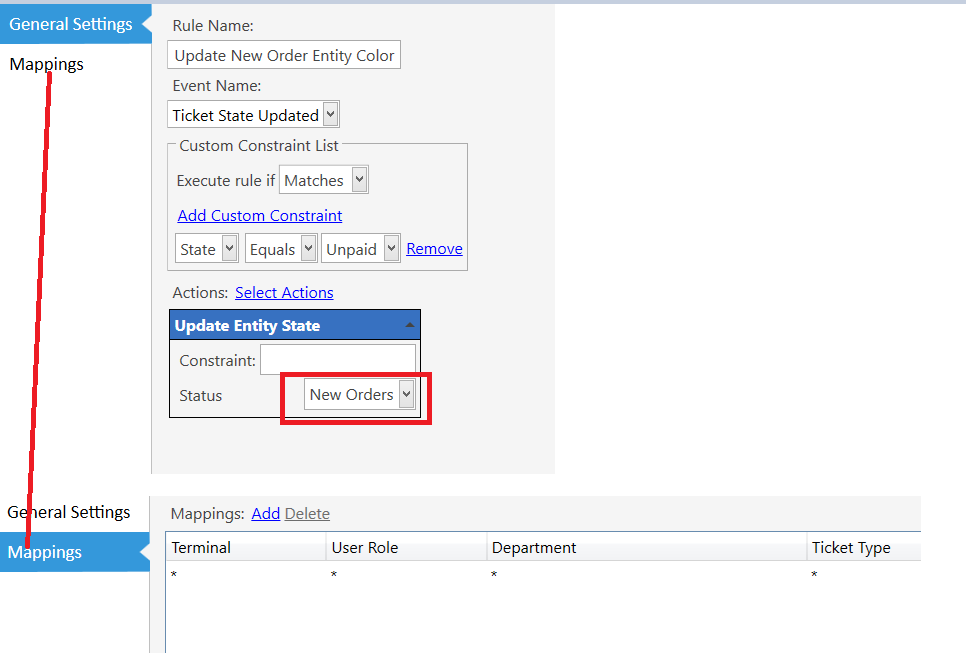 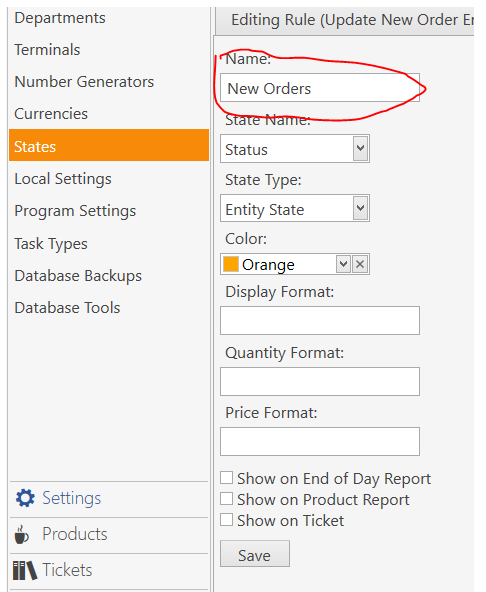 No nothing has changed…

You need to change it like he just said then you need to remove it from the rule and re-add it and type the state you want it to be in it. So New Orders should be your state.

The colour still hasn’t changed after doing this… Any another ideas ?

You probably did not do what I asked. but just in case show us a screenshot of your action again and one of your rule with the action expanded so we can see it. 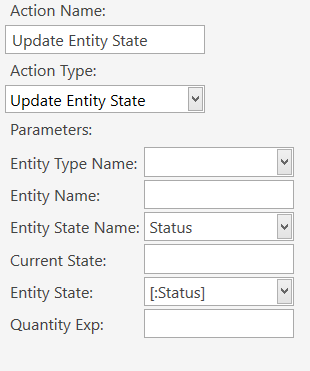 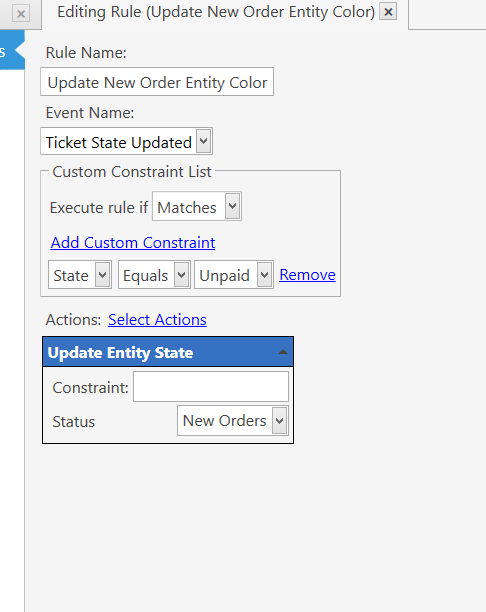 Since you messed with that action we have no idea what else you messed with. Likely you could have changed all actions and we would not know that. Its important you show us what you have done.

I have attached screenshots for all what you said, and it seems the same for me, but I am obviously missing something. 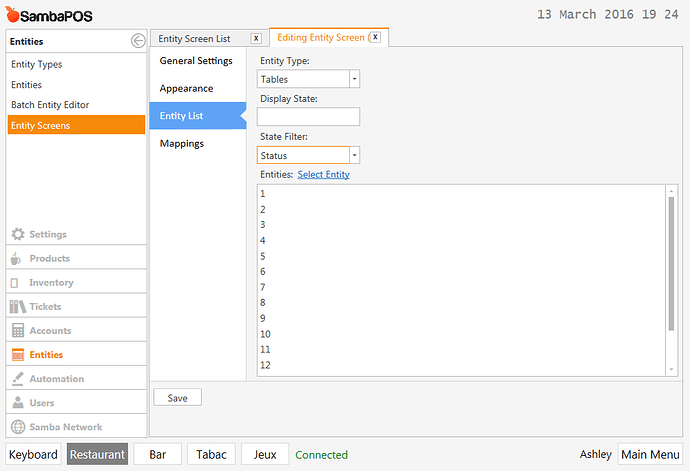 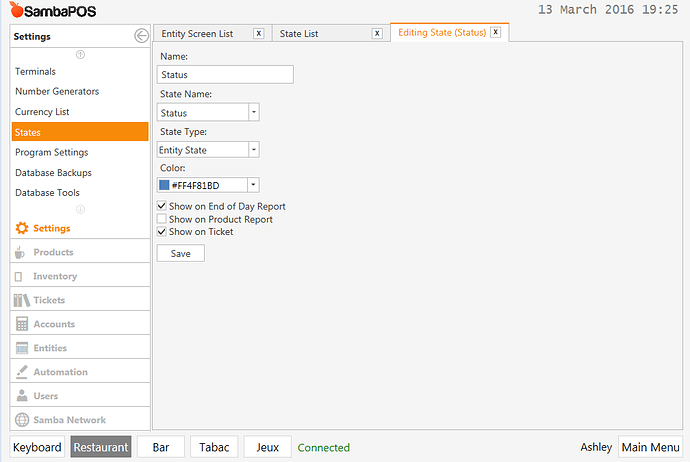 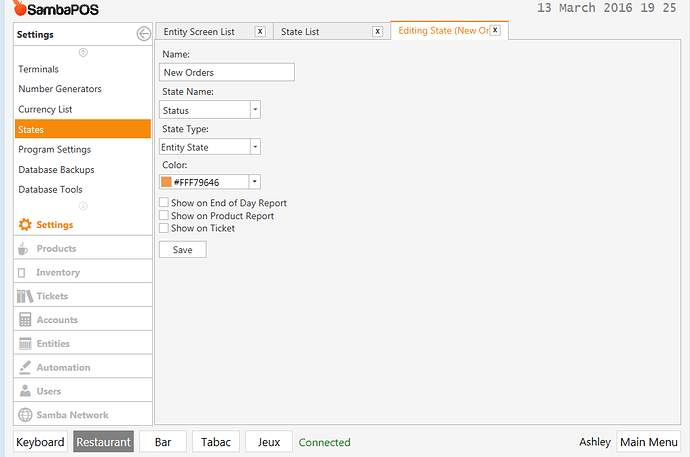 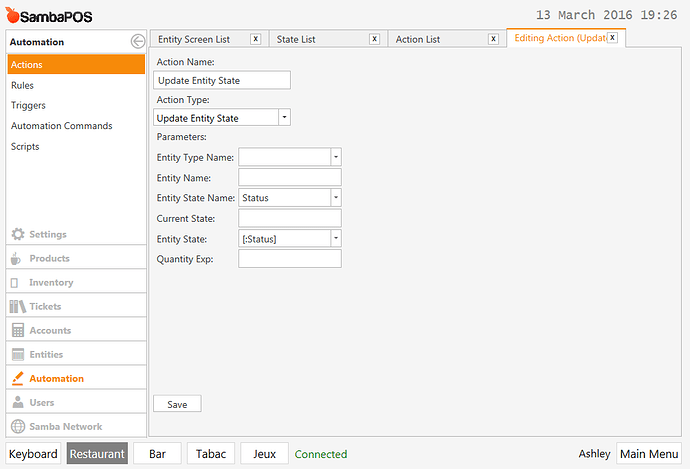 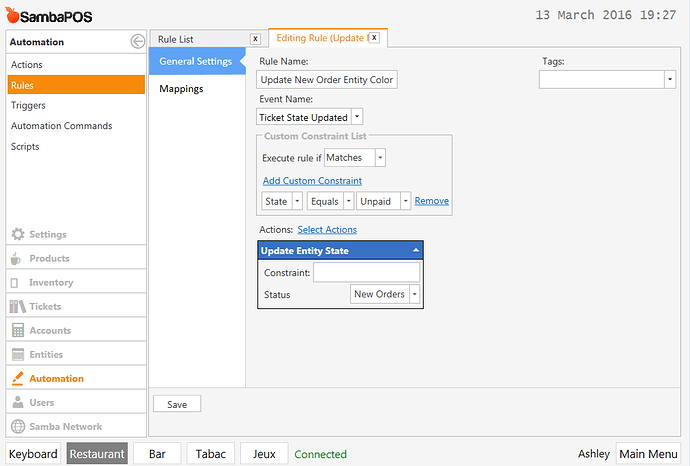 Your first screenshot of the Tables Entity Screen has Status in the wrong field.

Thank you @QMcKay, that done the trick !