Hello,
is it possible in the entity search widget to change the caption of the “Select Customer”, “Edit Customer” and “New Customer” buttons?

You need to build a Custom Entity Screen and place a Search Grid Widget onto it. Then you have the ability to do what you like…

So I switch to design mode then I click on “add widget” and then instead of “entity search” I take “Entity grid”?

No you use entity search. 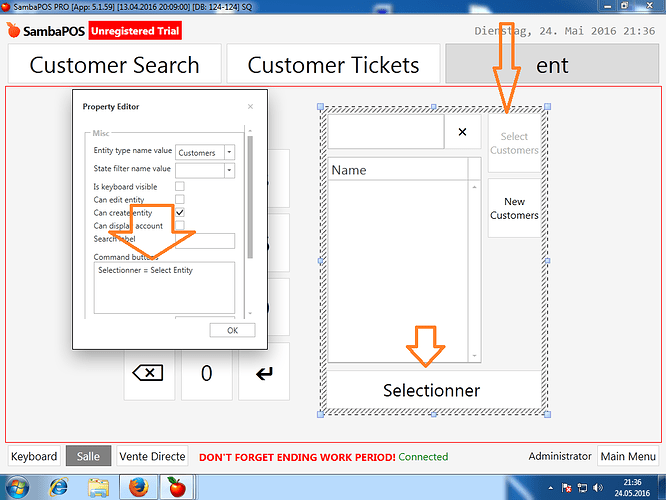 I want that where Select customers is written selectionner.

Create your own buttons for it using automation command widgets.

Ok, but what do I chose as Action?

Its little more complex than I thought honestly. I was able to make it work but I do not think it would be worth using just for a cosmetic button.

Perhaps if @emre would make one change so that when a name is selected in the search it can pass {ENTITY NAME} to a command widget.

Or just allow us to choose our own header for those buttons.

So in fact there is no solution out of the box?

What about translating Samba to French and German I would offer myself to do that or at least contribute.

So in fact there is no solution out of the box?

You will find that SambaPOS is not striving to be an all inclusive features out of the box solution. SambaPOS is purposely built so you can customize it yourself exactly to your business need however it does come with some basic setup to get you started.

What about translating Samba to French and German I would offer myself to do that or at least contribute.

Contact Emre with that I know a few languages have been added due to community support. I thought German was one of them… maybe I was wrong.

EDIT: Actually as you can see in my screenshot it seems the next version which is in beta test now contains German translation. Version 5.1.60 Beta 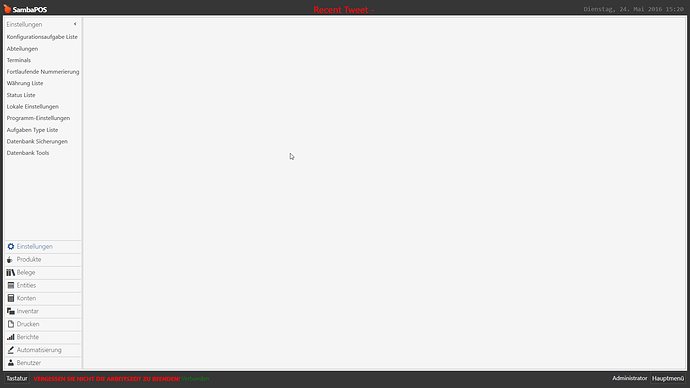 Not difficult, nor complex. Modify to suit your needs. 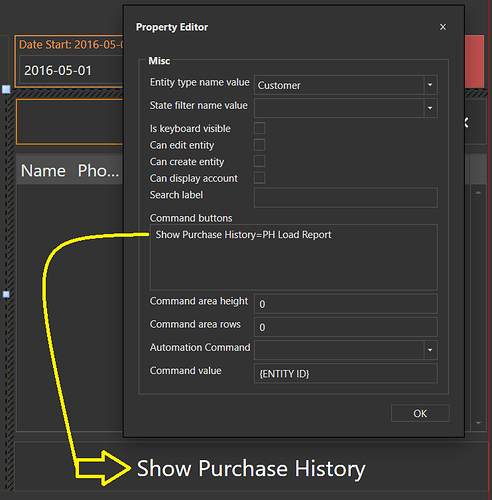 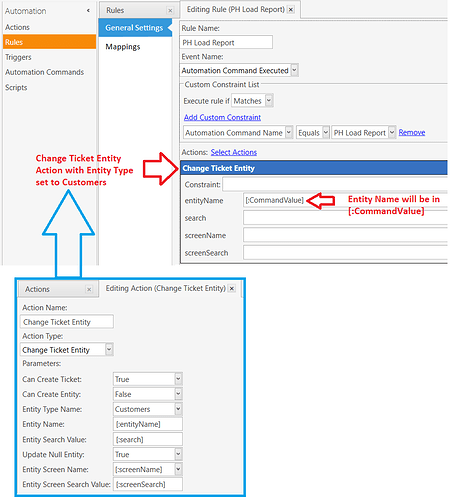 He wanted the button on the right side I thought

You cannot modify the buttons on the right.

You can prevent them from being shown, create your own buttons at the bottom as shown, and have them trigger the related Automation Commands which fire appropriate Actions to Select/Change Entity or Create Entity.