Emre, how do I use this instead of the application subtitle? I have installed v4.1.16. 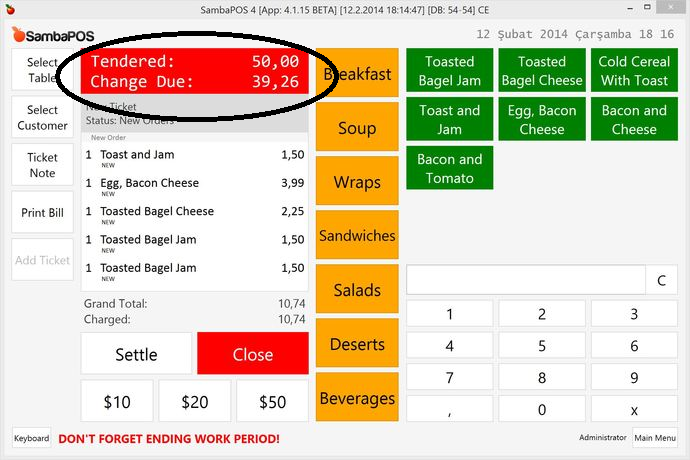 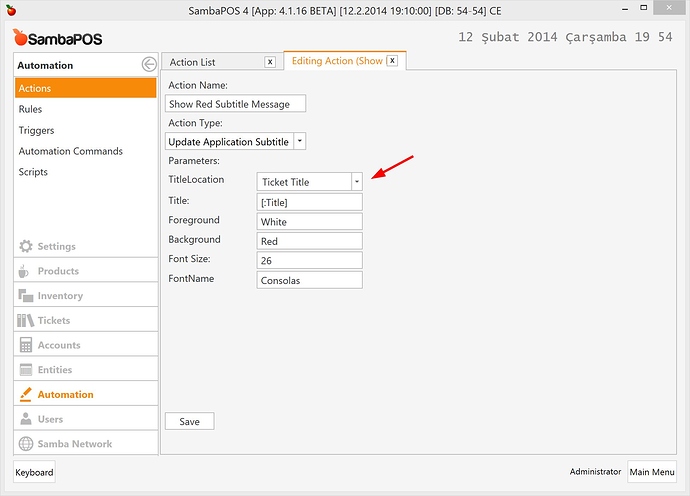 Found a great use for Ticket Title area 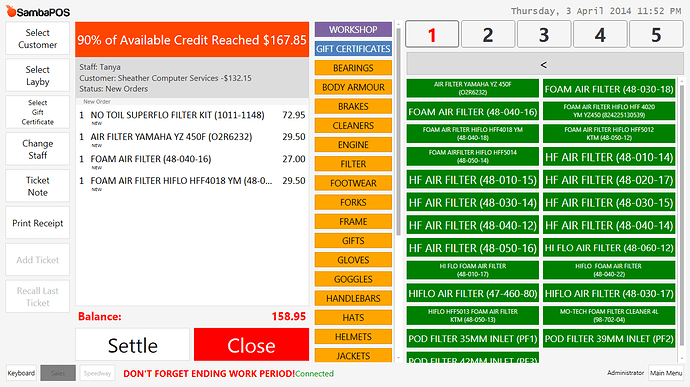 Great Idea. When you have free time can you please give more details about this setup? I think nobody knows how to setup individual credit limits for customer accounts

Create Action Last SaleAction Update Application Subtitle why i didnt find this update application …at the scroll option ? trying at sambapos3 ,and at sambamarket i didnt see any button for install too,thx

Update Application Subtitle is only available on V4. It is a free add on through SambaMarket.

can you provide little details how to make this ?

We have a tutorial to broadcast a message to all terminals.

You can update application subtitles of terminals instead of displaying a message.

Pretty sure you can’t right now. But did you try \r ?

Yes that worked! Thanks

So… I posted in another location but it may be better suited here… Would it be possible for a windows tablet to have the battery information show in the shell subtitle?.. Such as how much is time is left till recharge.

Good idea. Not possible atm but I’ll add that in my todo list.

@emre so can the shell subtitile be updated with the output of a command line?.. This command gives me percentage remaining on battery charge WMIC PATH Win32_Battery Get EstimatedChargeRemaining so if I can have it go to a text file or even update the subtitle directly?

How would SambaPOS read that? So your using the Windows Power API. Good idea but for SambaPOS to read the output it needs to be returned in a specific way.

Could samba read the contents of a HTML or text documel or XML?.. Idk anything about how samba can import info for that module so its just some suggestions. That command could easily output to just about anything tho…

V5 has a helper object for reading file contents, so this will be possible in the future…

Helper object to work with files.

There is also helper object for pulling data from a Website, and both XML and JSON parser objects.

Cant wait for V5!.. I have been testing with a HP Stream 7 and so far it is working great!.. If V5 can add battery status somewhere and maybe even a notification when it gets to 10% or whatever then it will be even better! I found these straps online to make the tablets easier to hold as well so they wont get dropped! 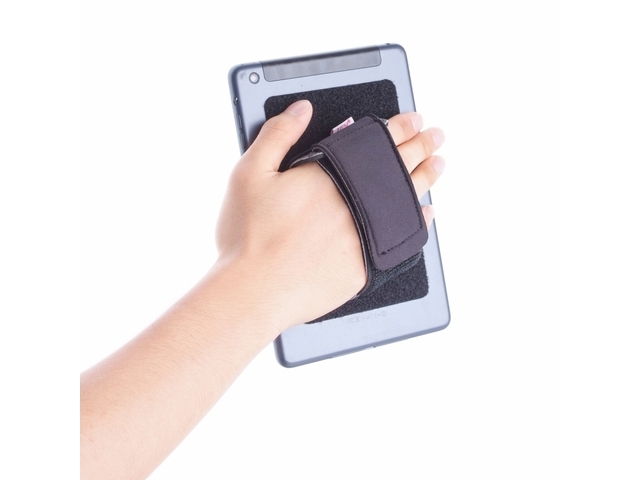