I have a setup at a coney island and they just called me saying both of their terminals are giving them wrong change for like 3 tickets since yesterday. Its different items but this is the only ticket they remembered. Everytime that it happened it was exactly $10 extra So Instead of $3 they were saying it gave $13 i think so their cash tendered was $15 and then the pos said change $13 instead of $3. Please @emre I need this fixed fast if possible as my clients are getting very upset. I tried to reproduce the problem with the same exact ticket but issue no longer existed. 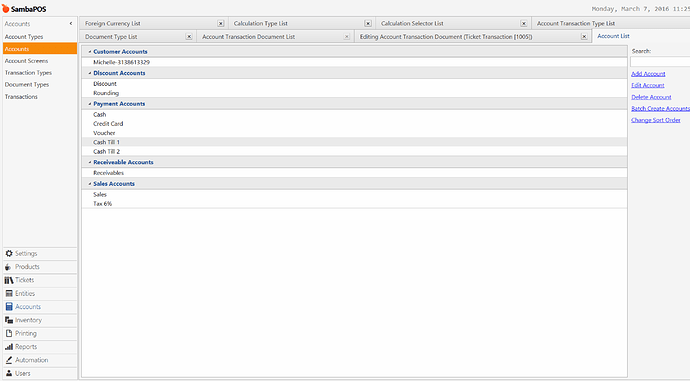 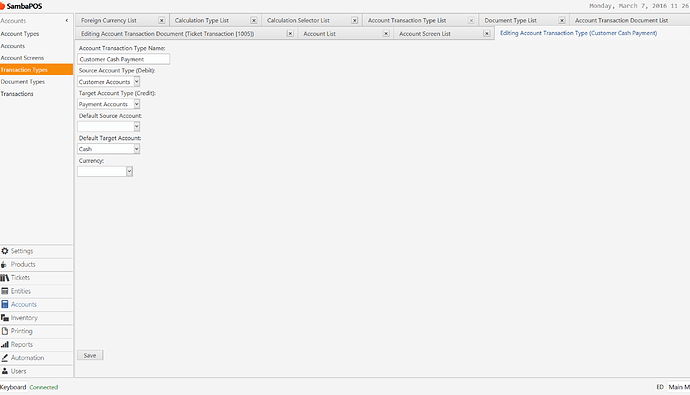 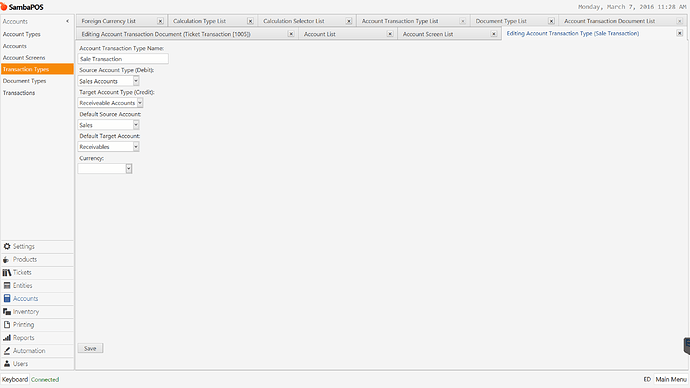 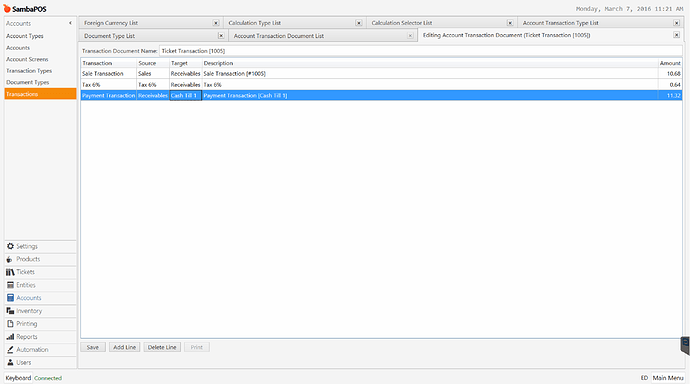 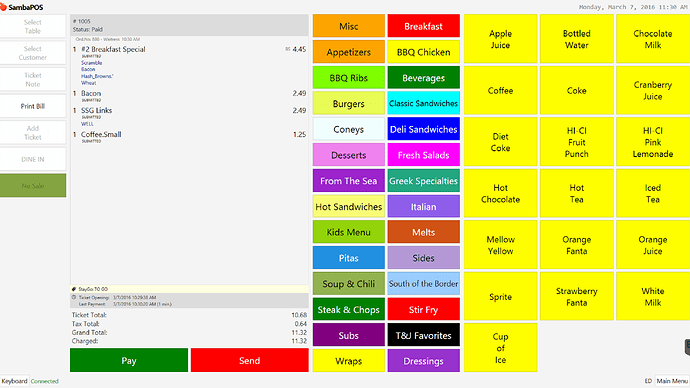 The ticket in your last 2 screenshots looks fine. I assume this is not one they had the problem with?

No it is. @markjw they said that ticket gave $10 extra in change.

Well the system doesnt just spontaniously give wrong change. Its proven working just fine in thousands of restaurants so we need to find out what happend. First thing comes to mind is user error. Without seeing the actual ticket it would be hard to understand it.

We wont be able to figure it out by looking at those screenshots. We would have to see the actual Change Due prompt before you close payment screen.

It needs to be reproduced.

You need to ask them to actually take screenshots of the change due showing this. It is very likely user error. In dealing with a client who claims errors that sound unrealistic, I would say to them, if they can’t show screenshots or photos, you can’t look into it more, because it works fine for you, then leave it at that.

You can also add ticket tags to track amount tendered and change given, like this: 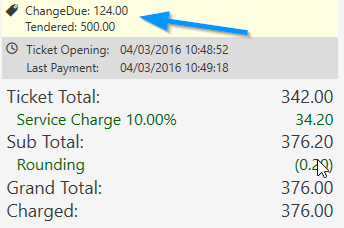 Ticket Tags are a great way to store information along with a Ticket, especially if you need to look up information for a Ticket that was Settled days, weeks, or months ago, to review information about a transaction. Ticket Tags can also be used in Printer Templates with {TICKET TAG:X} (where X is the name of the Tag) to provide extra information to your Customers on their Bill, or more information to the Kitchen Order. This Tutorial shows a method of storing information regarding the Settling…

You can also use advanced setup for documenting payments @qmckay has provided a nice tutorial for this.

I tried to reproduce the problem with the same exact ticket but issue no longer existed.

This is a huge flag that is probably user error. You can assure them by installing one of the logging systems mentioned above. So going forward it would log all payments and you would easily know if it was happening or not and if its user error or just plain theft.

What I find odd though is that it happened with 3 different waitresses and started yesterday and also happened today. The POS has been installed since January and it never had this issue unitl now.
Okay I will do that and check it out. I have it setup with 2 cash tills, I also have a breakfast special discount setup, however pretty sure it happened during and after the breakfast special times. Could I have possibly done anything incorrect on that there.

Not possible for restaurant theft since 2 of 3 times it was family employees. @Jesse

Everything you say is not consistent with an actual bug. There is no pattern for a bug. Its VERY consistent with user error. Perhaps it could have been training issue with how to read the screen?[quote=“eddhasaj, post:8, topic:9730”]
Could I have possibly done anything incorrect on that there.
[/quote]

Always possibility but I dont see how that would affect Change Due from being incorrect unless you improperly setup Payment types.

Not possible for restaurant theft since 2 of 3 times it was family employees.

I understand and respect that however its pretty common to see that in Family owned business. Not saying yours is prone to that in anyway.

No they simply said they typed in $15 amount and hit cash till 1 on that 11.32 ticket above and it said change due: $13.something. Just started happening and it happened 3-4 times since last night to 3 different waitresses all during different shifts

So if we look at what we have here… we have a potential problem with no actual reproducable evidence. We have no way to reproduce it atm if you tried the same sequence on the exact database… I dont think we can fix something that fixed itself… or cant be reproduced.

Install the logging procedure and lets see what happens.

There are other possibilities that could have happend like possibly typing wrong number without thinking. Got rushed and thought you typed something and didnt. Or thought it said something when it really didnt.

User error is so easy to do and it can be very hard to catch without proper logging.

Awesome thanks for the help bud. I will do it now and get back on here to report my findings.
@Jesse

I also have a breakfast special discount setup

Just to cover all bases show us this setup.

Okay I cant get into their terminals right now but what I did was I added a second price list called BS and added a rule with time constraint to fire an action to change the price list when time condition is met.

I just find it so weird that every time the error occurred it was exactly $10 extra. @Jesse

I know its possible it could of been user error but i would say unlikely considering 3 different users making the same error all of a sudden on the same day after 3 months of use is quite unlikely.

3 different users making the same error all of a sudden on the same day after 3 months of use is quite unlikely.

At this point is more likely than a SambaPOS bug. Not ruling it out but something like that would have came up already.

PS: your setup would not have caused it.

I just find it so weird that every time the error occurred it was exactly $10 extra.

but i would say unlikely considering 3 different users making the same error all of a sudden on the same day after 3 months of use is quite unlikely.

I think before you get too concerned about this and spend too much time on it yourself you also need to think of the facts you have. Did it get reported to you 3 times by 3 different people, or one person who said about the 3 times? If by one person, I would assume it happened 1 time, not 3. I have found working with many clients that some will like to over-exaggerate a situation so they can get “priority” or something. I’m not saying they did, but good to think about it. (Going back to days when I used to do IT support and dealing with issues that could be resolved by a simple restart - the number of times I got lied to that a user had restarted their system when they hadn’t makes me always 2nd guess what I am told by a client until I can prove it myself. I don’t think it’s a bad habit to have.)

So, an error happening “1 time” is a lot more typical of user error.

You also don’t know what else might have happened that day. There might be $30 missing and it’s far better to blame the POS system than blame family members…

It is very important to get actual evidence from the client of this happening. You need to take a step back and get this client to show you the actual problem happening before you can take it seriously.

I think it is really simple to understand what is going on there. On payment screen we’re logging tendered and change amounts. If you can find that ticket and take a screen shot on payment screen we can better have an idea about the reason of the issue.