Hide Portion Tags or unable to select an order

can i stop cashier from selecting a order line

Your not going to be able to prevent them from knowing it. They will be able to know so I don’t understand the point.

Can you explain your business flow. Why do you want to do that? What are you trying to achieve.

the business flow is to have two prices one for wholesale and other for retail. manager can only handle whole prices. cahsier can only add orders no other function like cancelling an order or chnage portion or selecting a modifer.

so i was thinking to put restriction on cashier that he is unable to select an order.

basically the scenario is that customer is dealing with two different currecny dollar and usd. dollar for retail and usd for wholesale. retail is being handle by cashier and wholesale by manager only. so i was trying to achieve simple solution for this kind of approach in v4

If it’s v5 why not just create a wholesale menu and a button to switch to it. Map that button to only manager access.

Surely we can think of a better flow than not letting cashier select item. That seems a bit extreme. You could create a special button that switches price list mapped only to manager and switch to wholesale prices and then switch back.

but in v5 also i the portion can be seen.

is there any way i can know if an order line is selected. if it is selected just deselect

I mean don’t use portion to handle price. Clone your products and create a wholesale menu without extra portions.

I’m not at my computer so my advice will be kind of limited.

That feature I think is in next v5 update if I remember.

lol i need suggestion for v4

You just use normal v4 category now. No separate question category anymore. I can’t think of a way to do it in v4 right now. Maybe when I get to my computer I can look.

Doesn’t price definition work for you or VIP/Happy hours promotion.

how will price definition work 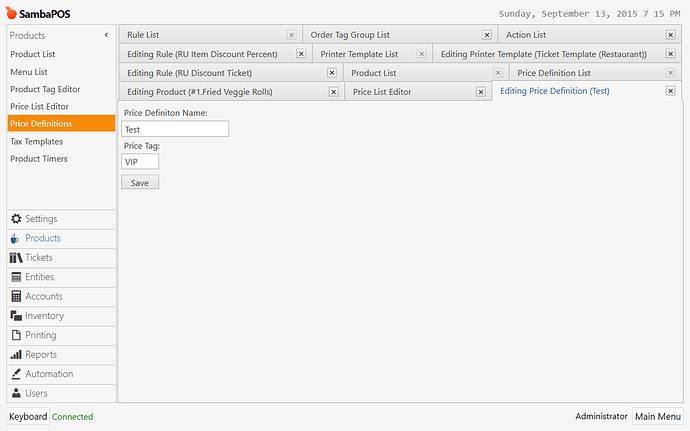 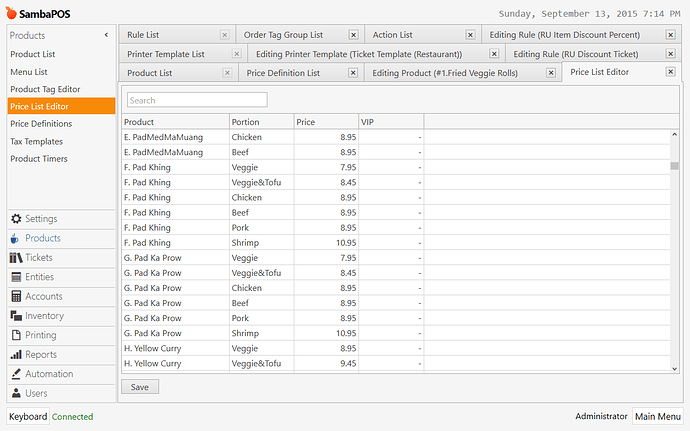 ok looking into the price definition