How to automatically close ticket after cancelling last item

In the POS screen, whenever an item is selected, then highlighted, then “cancel” is pressed it removes the item. However as soon as there is an open ticket, you are not able to go back to the main menu, even if there is no item there, the only way would to actually click close(which closes the ticket) then it would go back to navigation screen. Is there a way to make it so as long as there is no items selected, or all selected items have been removed and ticket screen is clear, that it allows the user to go back to the navigation panel without having to click close before hand?

Not really essential, but would help limit the amount of times a user has to press buttons in order to go back to the navigation panel.

Yep it is, thats how i have it setup, unless someone jumps in before me ill show you later today when im at pc

Not tried but my first attemp would be a close ticked action on the cancel order automation command executed rule but constrain it to only fire if ticket total or maybe balance equals 0.

Sorry guys finally managed to get around to reply. I havent had time to test and implement but ill give it a go and see where it leads me.

heres my setup, this is the rule 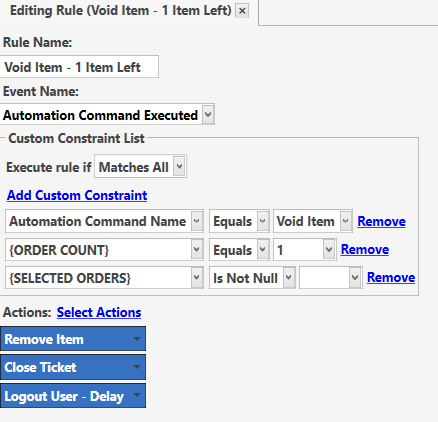 and my remove item action 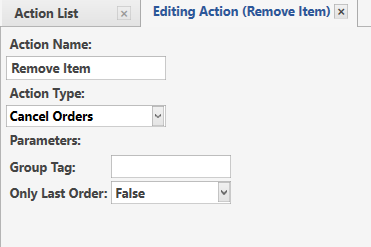 One Rule, with one Constraint, and one Action … 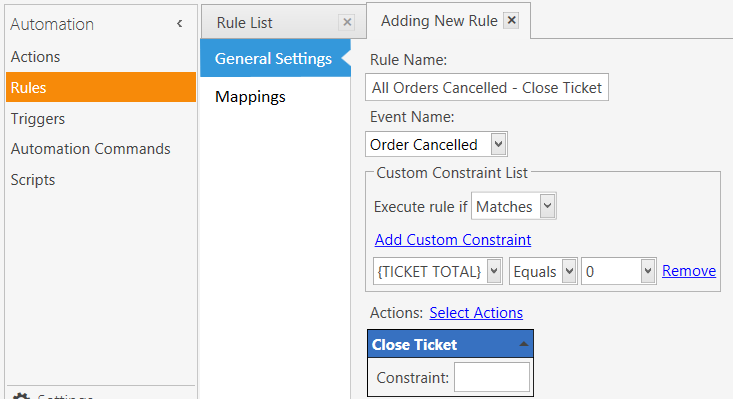 @QMcKay Nice! Wondering why Quantity equals 0 is not working. Quantity is value from dropdown list which should work better than printer tag

If you do a Show Message action, you will find that the Quantity is not zero in this event.

To use this I had to change th TAG to 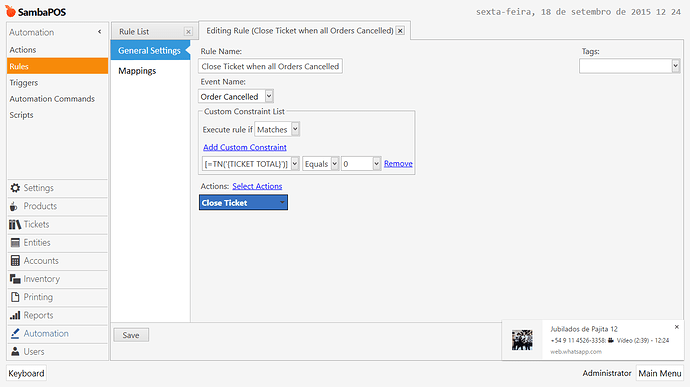 maybe its because our decimal separator is ,

Sukasem typically the hard coded values in the drop down lists coincide with the event. That even was specific for Order cancelled so it makes sense the drop down will only read a value from the Order not ticket. So if you have 5 orders and you used constraint Quantity Equals 4 it would only trigger if 4 of the 5 were cancelled. But it does not know there are 5.