How to change the menu button sizes on ipad ONLY

Hi i know there is already a post about this but it is very unclear and i cannot get it to work.

I would like to find out how i could change the menu category buttons on the ipad.

So on my main terminal i would like them one size, and on the ipads i would like them another size, i beleive it can be achieved through mapping but cant find a clear guide, if anyone can help that would be great

@pizzaeilat4 @Jesse @JohnS @RickH. Do u guys have any idea how i could achieve this

Yes definetly me too

That was my thought, that youd need to create a different menu or clone it and map that to the ipad, youd just need to make sure if you make any changes to one menu to do it on the other as well

Have you guys tried: 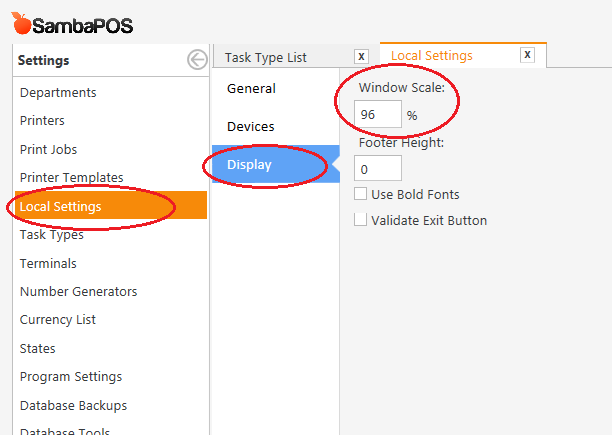 No need for a second menu.

It will change all the system size.
@DenizAltun Wanted to just change the menu boutons size.

I prefer using the Window Scale option as you don’t have to manage two menus. Creating a additional menu means any changes has to be done on both menus. Plus if you got several automation commands on the ticket screen they will also fit on the tablet ticket screen just as they do on the main terminals screen.