How to increase scroll bar width?

how can I increase scroll bar width? 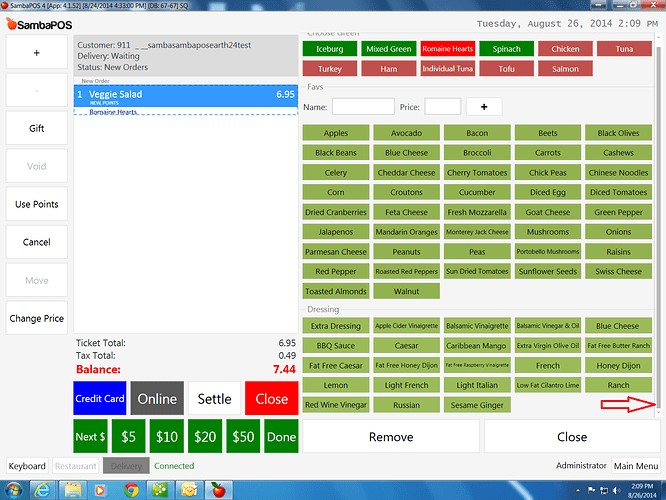 @allmixedup I think you don’t need wider scrollbar. Clicking (tapping) and dragging on that area should scroll. Doesn’t it working for you?

it doesn’t work.
I try to touch + hold + drag but screen doesn’t go up so I though scroll bard width may help me

Strange… are you trying it via rdp?

direct to terminal No RDP

You need to click and hold the click and then move up and down. It is the worst thing of Samba (with touch).

Mine operates smoothly I do not have to click and hold. I can just touch it and it moves smoothly. Maybe it has to do with the touch device?
In RDP mode there is a small lag so you do have to wait a second or two but that’s expected and is the nature of RDP.
The reason RDP mode has a small delay is because it is operating over the network for everything even simple scrolling.
The only way to reduce the RDP lag is to increase network speed. Samba in RDP is slave to the optimizations of whatever RDP client you use. Really nothing they can do about that.

“Until arrived an app…”

Thanks for your help. My elo touch screen flickr was disabled when I installed driver by enabling it it start works as emre said.

I would strongly advise to reduce button heights slightly so you don’t have to use scroll bars. Alternatively you can increase the column count on your order tag groups.