How to Send Email?

Could someone explain how to get the Send email action working. I want to email Customer Account Tickets?

How much information are you looking to send in the email.
If you were intending to send info in the email body, it might take some creative use of the action.
From what ive seen people general generate text files with the demo/notepad printer and then email that as attached file but this has been for reports.
As I said how were you planning to use the feature?

Basically I want to email outstanding tickets that were charged to Customers Accounts so I would want to email the Ticket with all details. Maybe from Accounts click the account with outstanding balance and just click email. Same as print function. Is this possible?

I don’t have the answer to that myself I’m afraid, I havn’t used this action/function myself, I am trying to speed up getting an accurate answer by ensuring your intentions/idea/plan was clearly explained for someone else with experience on that action to give a better answer

I’m sure I saw someone sending a statement. Although it might have been printed but that is still useful if any good for a start for you as rather than printing to paper you can print to file and email the file…

Oh, it was a discusion with you LOL

Yes there is a Send Email action and with Custom Reports you can do that fairly easily. You could also use a Printer Template for Invoice and use Send Email action for it. All of the tags to gather Account information is available either in Printer Templates or Custom Reports. Here are a few accounting tags for example: {ACCOUNT TOTAL:X} This tag returns total balance of X. X can be an account name or account type name. For example if you type {ACCOUNT TOTAL:Cash} it will give you the balan…

It does not have to be a file attachment.

My thought was that is would be hard to ‘create’ a ticket like layout within the body of the email, unless I missed something?
Just most seem to use email action to send files rather than an email with content.

In my mind the ideal would be the ability to create an html formatted ticket template and send that as the email body.
Is that possible? - if not, not a bad idea Id say.

Why would it not be possible? Whatever you put in Email Message is what is emailed… if you type an HTML format it will put that.

Fair enough, was caught up on the fact the field box is so small but obviously that doesn’t actually matter

Most of the printer template tags should be usable in that shouldn’t they?

Whatever you put in Email Message is what is emailed… if you type an HTML format it will put that.

That is probably your tidiest solution @jay007.
Built yourself a html email body using HTML

You print a ticket using a regular Template (HTML or otherwise), but instead of output to physical printer, you use a file. Attach the file to the email.

I don’t think you can use a Printer Template (or Printer Tags) in the Message Body field.

Did you not have any luck with the info kendash gave you?

I’m only getting back to this now

You could setup the Send Email action to use a variable for send to email address and then use [?Enter Email] in the rule and it will prompt you to type the email you wish to send too… or you could even pull that info another way by sending an Entity through automation command and using custom fields for email

I don’t want to type in the email address each time. So I create a custom field on customer called email and then create a printer template to include what I want in the email. Then create an automation command to send the email?

I will be at my computer later I will give it a go.

I don’t want to type in the email address each time. So I create a custom field on customer called email and then create a printer template to include what I want in the email. Then create an automation command to send the email?

Should work. Just parameterize the Send Mail Action, then in the Rule, read the Custom Entity Data Field for inserting in the To: field, and send.

You print a ticket using a regular Template (HTML or otherwise), but instead of output to physical printer, you use a file. Attach the file to the email.

I don’t think you can use a Printer Template (or Printer Tags) in the Message Body field.

What format is the attached file. Is Pdf possible?

With Demo Printer (Notepad) it will be Text.

If you have a PDF Printer, then print to it, and it will be PDF.

Thanks I will give it a go later

BTW you can pass printer tags in body of email. I just tested it. It also works for Subject.

Here is when I put {REPORT TICKET DETAILS:T.Date} 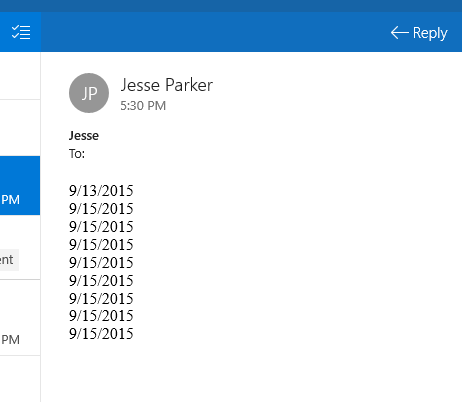 So this means we can also use scripting and CALL:X

Sorry if I am missing something but wouldn’t it be a nice feature if there was a printer option of print to email?
Emre added the customer display option for improved usability - it was possible before but that made it easier and cleaner!
It may be possible to setup body using html and tags but would be allot more user friendly if send as email could be defined as a print template for the email body.
The PDF route with a PDF printer is a tidy setup but it would be nice to easily be able to format a email body in a familiar format of printer template.
As said I apologise if I missed a better alternative.

@Jesse Can I see your action for Test Email. I dont have same options as you. 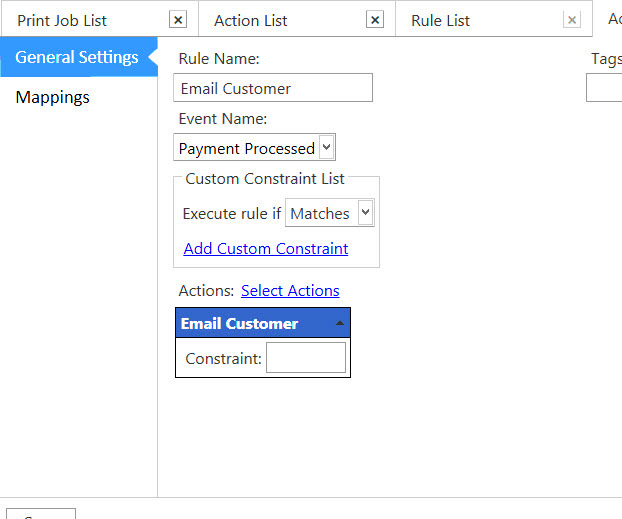 He has used the [: xxx] in the field to ‘carry’ the field into the action entry in the rule, defining the field within the action serves the same job but it allows you to reuse a single action say if most options are variables rather than having an action for each use. You can do for all or just some of the fields, if the fields are going to be similar on allot of uses you can set them within the action and only use that ‘carry’ for the one or two which are needed to be variables at the rule entry of the action.

I couldn’t get the printer tags to email at all it just emailed a blank email. I then used pdfcreator printer to create the pdf. This worked if the pdf was in the folder specified. This is where my problem is now. It trys to email before the PDF is created even though in my actions I have the print rule for PDF set before the email action.