How to transfer data from sambapos4.SDF File to SQL Express 2012 database?

Can anyone post a tutorial that explains How to transfer data from sambapos4.SDF File to SQL Express 2012 database???
I tried this How to migrate from SQL Compact Edition (sdf file) to SQL Server 2012 Express
but does not work for me
Thanks.

hi @morshed​1 Thanks for the reference.
first i was Unable to create the migration file
Second i cant find SQL Server Management Studio Express on my pc
What am I doing wrong???

@pizzaeilat4 if you don’t have SQL server management studio express on your computer then it mean its not configured on you system. Below link shows how to configure.

if you can also provide a screen capture how you are creating the migration file. 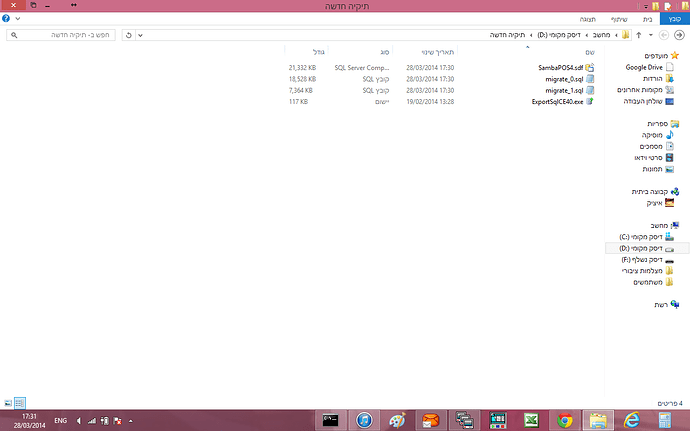 From the screen capture I can see you have created the Migrate.slq file. if the file has been created correctly then it would output the file as per below. 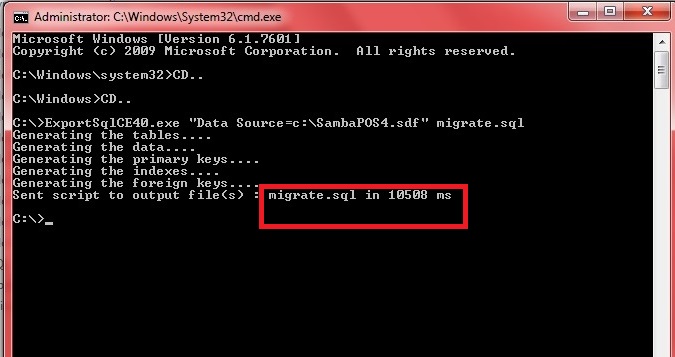 then you should have

You will need to configure SQL on your systems as per below http://www.sambapos.org/en/content/installing-sql-express-2012-sambapos-v31

then follow the steps for [Restoring the database to SQL Server]

Okay I finished all
What is the Data source path
I need to put in local settings???

[Computer name] : same name as your computer , to see the computer name go to Control Panel\System and Security\System

Following details needs to be same as configured during SQL configuration.

You can also refer to the guide john has created.