I was trying to gauge the user experience of the SambaPOS Mobile before purchasing to try as it does not have a trial mode like the SambaPOS v5.

Anyone have deployed it in your restaurant and any comment on it?
Does it have some limitations that you wished it could have solved for a restaurant owner?
Is it a turnkey solution for SambaPOS restaurant users or is it similar to SambaPOS, that I called it more a development platform, that requires a lot of IT work on it?

It is just order taking app. It does not do payments you can not view manage screen or accounts or anything like that. It will let you select tables, merge, change tables, cancel, void. add to ticket etc. But that is about it. It is VERY fast and VERY good at order taking.

I highly recommend it for table side order taking.

I have yet to try as waiting on the IOS version to come as dont have any android devices…
Do all the rules that run on full samba happen on the app? My system has allot of order added rules for states for my PMS integration, would it action these?

Yes, it will process most Rules such as Order Added to Ticket Rule.

For example, all of the following will be processed for the Event of Order Added to Ticket … 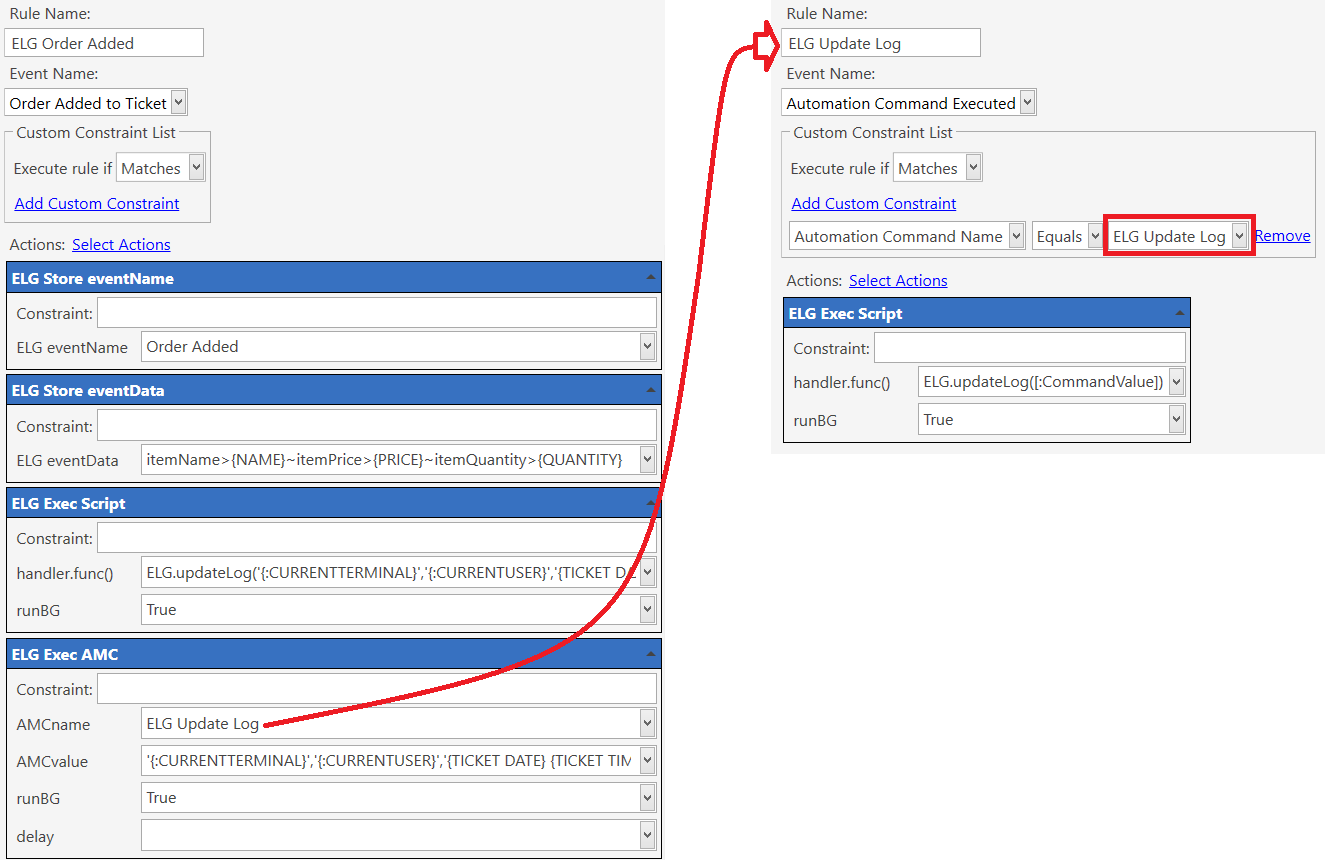 The same goes for Events like Order Tagged, Order Untagged, and most other Events/Rules … 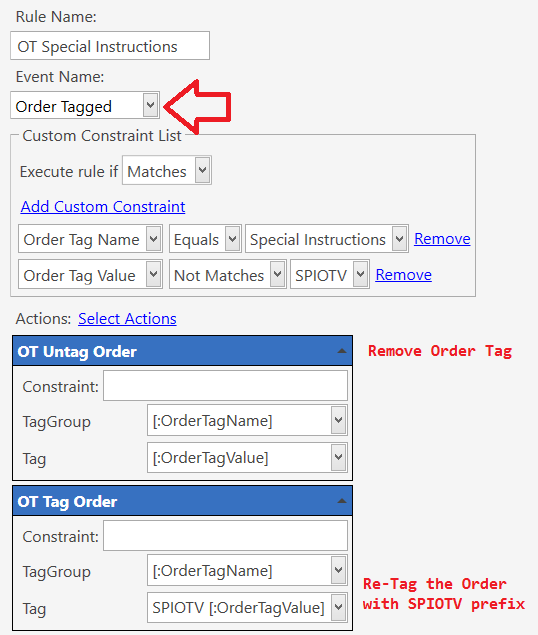 The following video is GQLM POS, but the concept is the same. There is no code in the App that adds the “SPIOTV” prefix to the Order Tag; SambaPOS Rule processing makes that happen. You’ll also notice that Menu Item Auto-select (opening of the Order Tag Screen) and auto-Tag also works automagically via the Menu settings for the Item, all handled inside SambaPOS …

I have yet to try as waiting on the IOS version to come as dont have any android devices.

Im a apple fanboy what can I say LOL

because it is unaware of your Automation Command button definitions, so it won’t know how or where to display the buttons.

Generally thats not an issue but bit of a shame with my change course setup, but then saying that does the app handle order grouping anyway?
Could probably tweek the courses setup to use tags but is automation command definitions expected to be added at some point?

Im a apple fanboy what can I say LOL

You should get charged more for the app lol.

LOL, FFS dont give tayfun any ideas.
Not that bad, never buy brand new, get an refurbished early ipad mini for around £100, good battery and wifi and TBH gives a good impression.

I paid $50 for Lenovo 10" tablets that have same build quality and only slightly slower than an iPad.

Dont get me wrong, just a personal preference, have a couple of windows tablets for tinkering. Just dont have any android devices to try out the android version.
BTH am fairly content with using RDP in the mean time ones I get my specials setup sorted.

Do you mean on-screen? Not likely the App will do that since displaying Tickets and Orders is a function of the GUI in SambaPOS. The layout in the App would be handled by the App, and is completely different.

If you mean Grouping in Printing, then sure, the Prints will follow the Print Jobs and Printer Templates.

is automation command definitions expected to be added at some point?

I cannot answer that. It is possible for sure. For example, GQLM POS has configuration options that allow you to specify which Automation Commands you want to be available.

###The Visibility “canExecute” property of the Automation Command Buttons is controlled by and supplied by SambaPOS through GraphQL return properties, including the Header (button caption) and button color.

… that ^ returns a list of Commands which are available based on Visibility/Enabled States defined for the Automation Commands, and with that canExecute property, we can determine whether or not to display the button. So for example, “Gift” and “Cancel Gift” do not both appear at the same time, nor do “Void” and “Cancel Void”.

The problem is, the AMC list can be huge, and there is no returned Property that indicates where the Button should be displayed (ie. Ticket, Order Line, etc). So that is why GQLM POS uses config vars to separate them onto different screens, and to reduce the AMC list.

Anyway, by using a list and displaying buttons, the Automation Commands can then be executed from the App with: 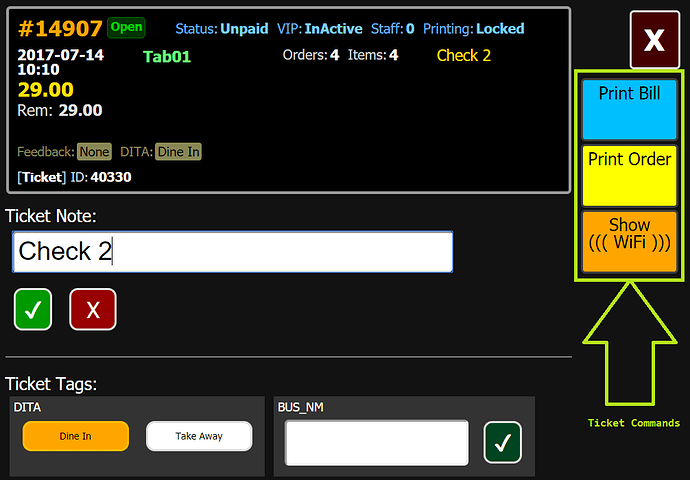 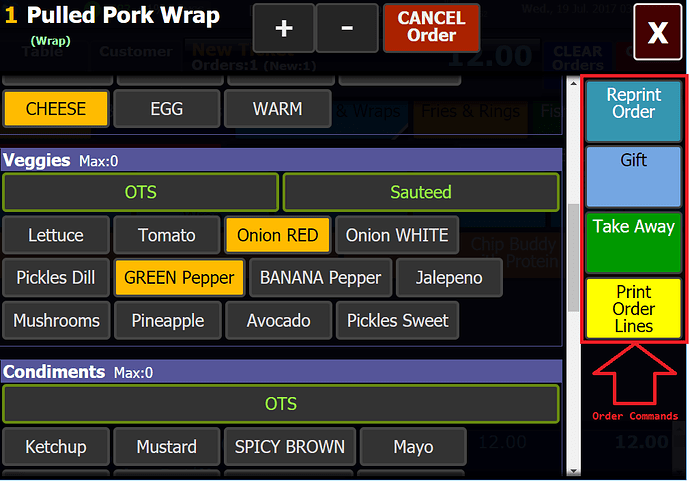 I paid $50 for the troublesome Amazon Fire 7" with a VERY closed environment!

Lol it was Wal-Mart pricing. It’s for tab3 10" I am not sure if price still there I’ll look.

Talking about low priced Android devices for use with the Mobile App, what do you guys think of this one?
RCA Galileo Pro
https://www.walmart.com/search/?query=tablet&cat_id=0

I bought a few and all of them don’t work anymore. I can’t recommend RCA unfortunately.

Lenovo makes good inexpensive tablets. I’ve been using 4 of them at the restaurant for 4 months now. Not a single issue.