Anyone looking for a low cost Windows 8.1 tablet may want to look at below product.

I have been playing with SambaPOS and it works at treat. No problem so far. require good wireless environment. This is an ideal solution and move way from RDP configuration. I’ll continue to test and provide feedback on any issue I find. 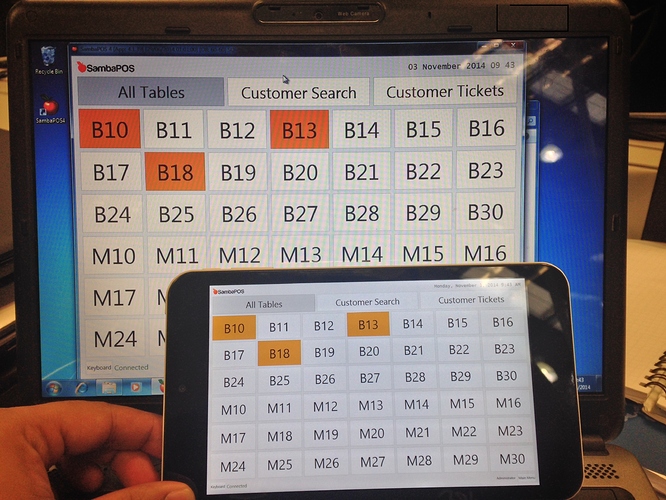 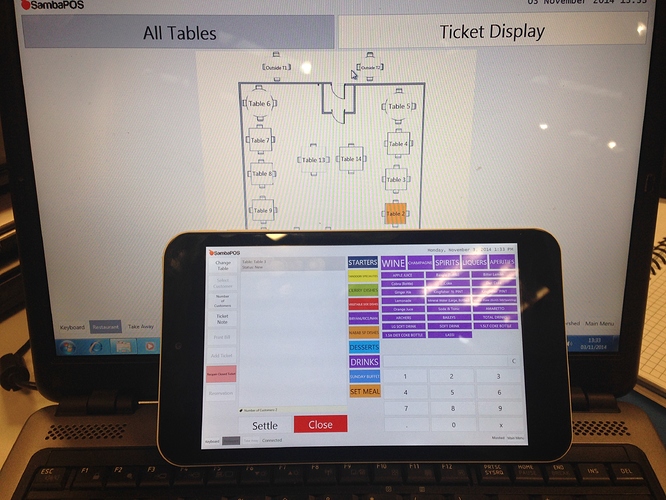 Thank you very much for letting us know that. Looks pretty nice on 7" screen.

Hi Emre,
Yeah, its really good on 7" screen. However, I have come across following.
Menu displayed on large screen (Monitor) and small tablet device will appear differently due to Button Height and Font size. Its not appropriate having scroll bar on a menu screen for a 7" device as it would slow things down for an user taking an order. 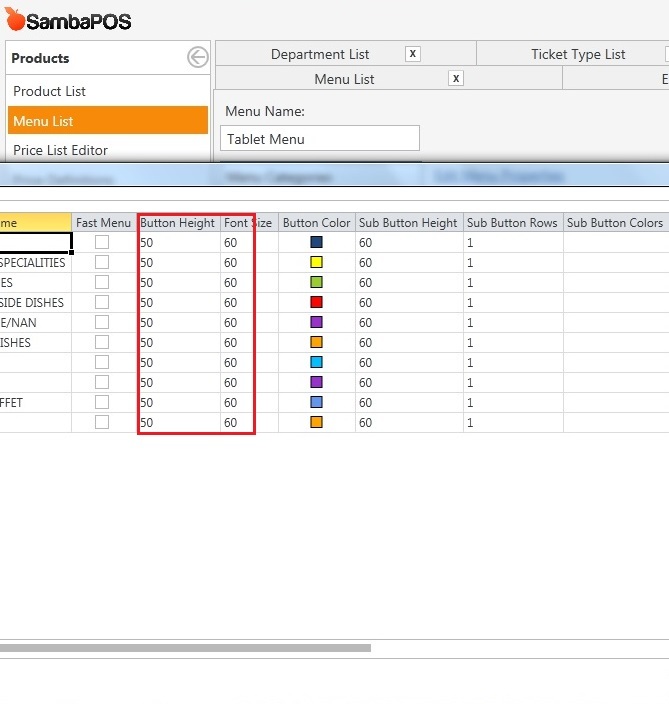 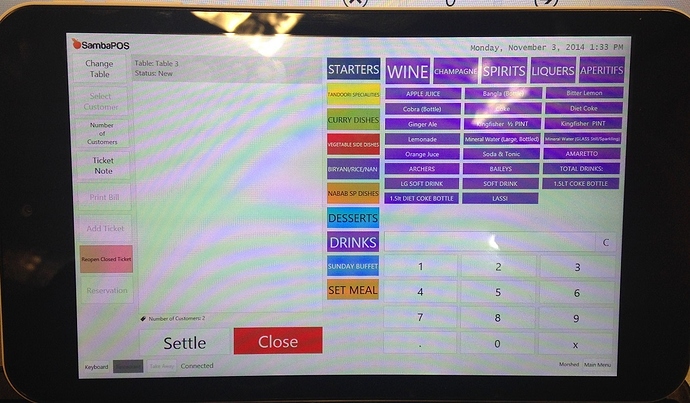 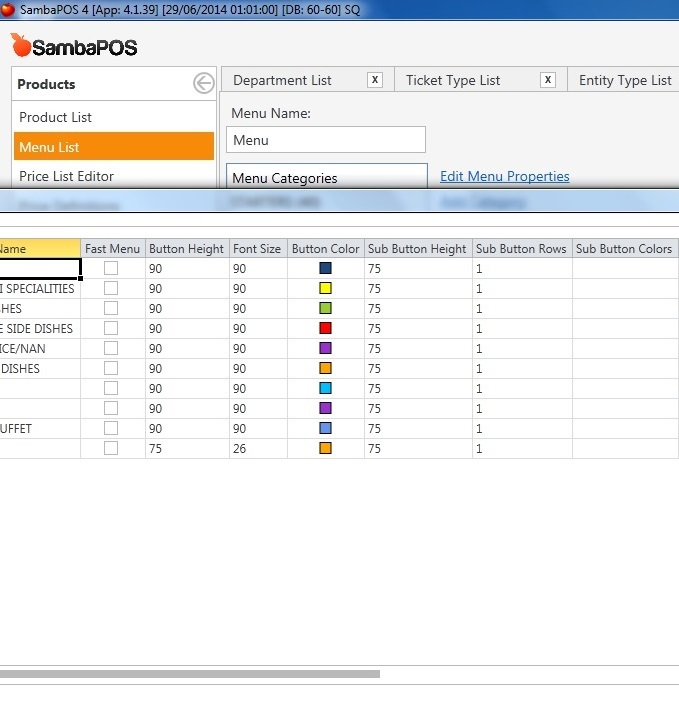 Only work around i have currently found is to have two Menus, one for Terminal with large screen ( monitors ) and one for small Tablet Terminal. However, currently there is only one option to active the Menu on all the Terminals. unless i have missed any settings. 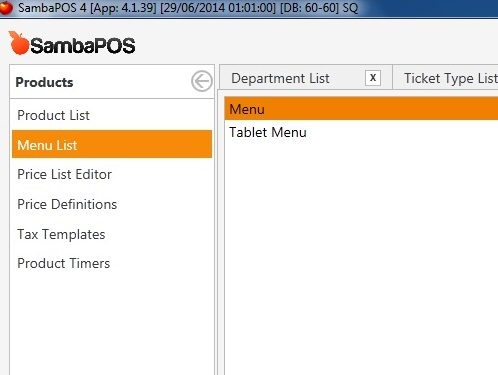 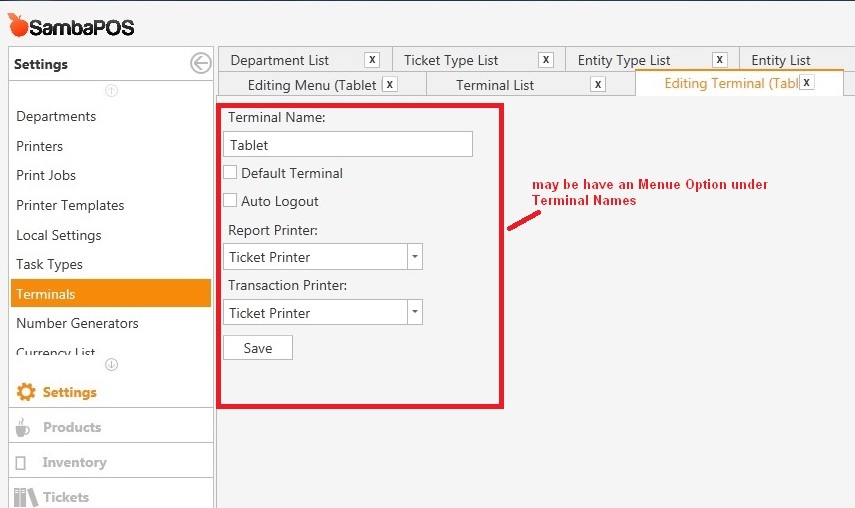 I have played with the Windows Scale settings under, Local Settings >Display on the tablet Terminal this did not really help.

Maybe have an option under Terminals for the Menu. This is only my thought, there may be other solution which i may have missed.

There is a Menu Mapping for Terminals in Tickets > Ticket Types > Ticket.
Try it out and let us know if it works!

Hi @JohnS Just tried this and it didn’t seem to work.

How does this compare to the RDP method? Speed Reliability etc?

Any ideas on battery life on the Windows 8.1 Tablet?

@Isaac as I’ve stated on the post you’ve referenced, it works. However we store terminal setting at local pc and as RDP terminals are connected to same local PC they use same setting file. I mean all terminals connected to server uses settings for server. To solve that you need to change settings to user based and use different windows logins for server and terminal.

As SambaPOS works locally on Windows 8.1 tablets there will be no such issue.

Any ideas on battery life on the Windows 8.1 Tablet?

Most of them use the Atom Processor which has been proven to have very good battery life. I do not own an Atom based windows tablet but I do have an Intel Core i5 which uses significantly more battery than an Atom cpu and my Surface 3 lasts all day with charge to spare at end of day.

From talking with friends that own Atom based windows 8.1 tablets they can watch videos, surf web, etc and it lasts well into the 10 hour range. SambaPOS will not be as taxing on the battery as videos and surfing the web so you can expect longer than 10 hours…I think that might be a safe bet.

PS: The official rating is up to 10 hours of battery life. Which is great and typically better than most tablets that run a mobile os… These are running a full blown OS.

I have tried Ticket types Menu mapping and it does not work. 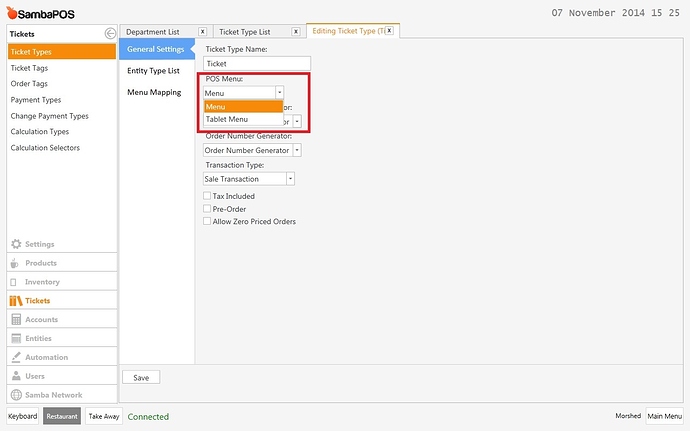 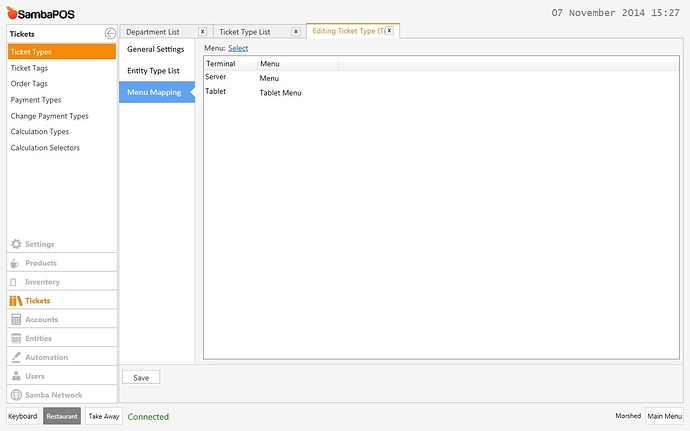 The Menu Settings only takes affect if Default Menu is Changed Under Departments.

If Tablet Menu is set for below settings, Tablet Menu appears on Server Terminal and on Tablet terminal. Other menu settings does not make any changes. 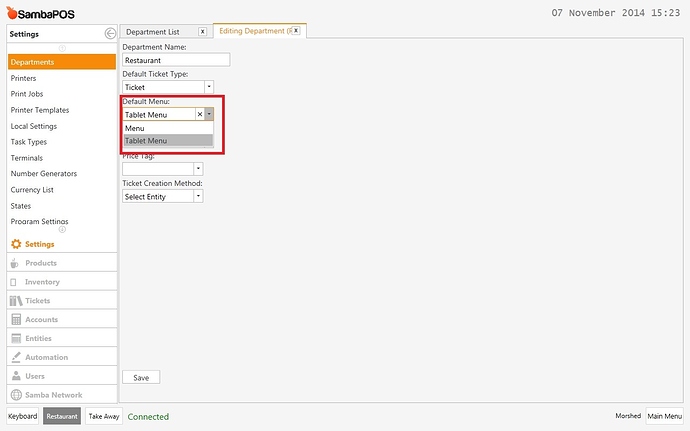 Below is a comparison Table against other device. Highlighted in RED is connect 7" i have been testing on sambapos. Due to the screen size Stylus tablet Pen is recommended. I would also recommend a Windows 8 Tablet over RDP. 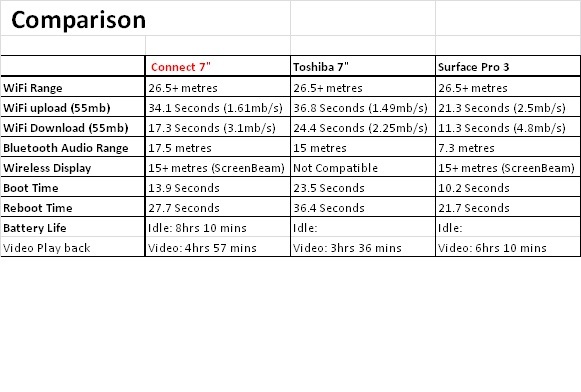 @morshed1 can you try leaving default menu for department empty? You should also set a terminal through local settings.

The Menu Settings only takes affect if Default Menu is Changed Under Departments.

Have you tried clearing the Menu setting in Department (make it blank)?

Wow I can’t believe I’ve posted it before @QMcKay for the first time.

Menu mapping works just fine for me. I did not have to clear the department menu section. As @emre suggested make sure you have your terminal set in Local Settings.

EDIT: Actually never mind my default menu was already cleared… so i guess you were right. Either way it works great with Default Menu as blank and Terminal set in local settings. I just tested it on my surface pro 2.

Thanks you Guys, leaving default menu for department empty worked.

For those curious I have been running local installs of SambaPOS with my surface tablets for a while now and I have seen over and over the argument being if network slows down you will risk losing entire orders etc. I want to let you know yes my network has slowed down… no I have never once lost an order. It always catches up. The only thing i have experienced is a little input lag if network slows down… nothing really much different than lag with RDP… the main difference is RDP seems to just freeze entire screen where this just has slower input reaction on slowdown.

Bottom line I have tested both and i prefer the local install solution.

I have noticed a few things that help make a difference. The better the server hardware and network the better the performance, This includes having a server OS vs Desktop OS. You can get a copy of Windows Server Essentials for just a little more than the desktop version and since your using local installs you would not need all the terminal services licenses.

I am testing it with Windows Server 10 and SQL Express 2014 atm and it runs noticably more stable and smoother even during peak traffic than using Windows 8 or windows 7 with SQL 2014 I get less slowdown and less instances of input lag. IT seems to handle the Database more efficiently and the network traffic is optimized much better.

PS I wouldnt recommend installing Windows Server 10 Preview in a live environment… I am taking a risk and I fully understand my risk.

Default menu will override terminal setting if ticket creation method for department is Create Ticket. However it will cause a weird result as adding first item to ticket will switch menu to the one mapped to ticket type. That happens because we set ticket type while creating a ticket but when we first enter POS screen there will be no active ticket.

@kendash I found this while searching info for Surface 2 network speed.

@emre thank you. I do not use the surface 2 in production I bring it in just to test. But that is great to know it will give me more realistic results. I did notice the surface pro 3 ran better on the network than the 2 maybe this will fill that gap.

I love both my surface 2 and surface 3. Surface 3 is probably the best tablet I have ever used. I am still baffled how they engineered it to run desktop intel Core CPu’s and its so thin…

Surface 3 is probably the best tablet I have ever used.

Yeah. This is the closest thing to a real computer