Lately it seem every time I try to create a new databse in SQL Express, and edit the string in Samba to read that particular new database. It says “Connection String successful” However when clicking apply, Samba crashes straight away with this error. 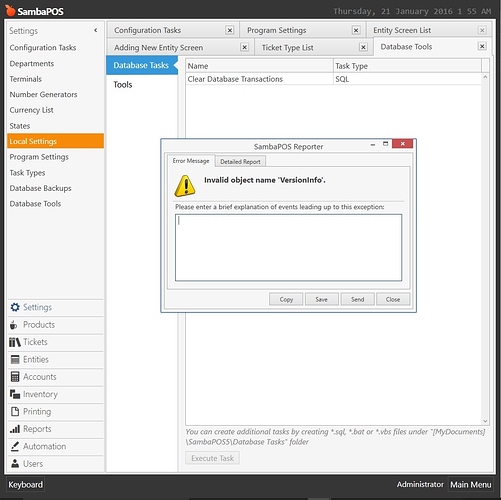 Can’t seem to understand why as it used to work perfectly fine before. And it only works when I end up going back to the old database.

To create a new database edit connection string and enter a database name that does not already exists. SambaPOS will create the database and needed tables.