Just installed v5 but not printing. Help
Followed tutorials and checked all mapping. Getting test pages from windows, but nothing is happening when we attempt to print bill. Front of House printer is designated to default printer. 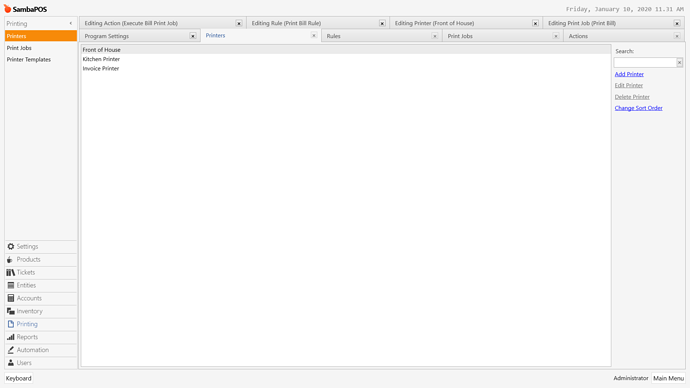 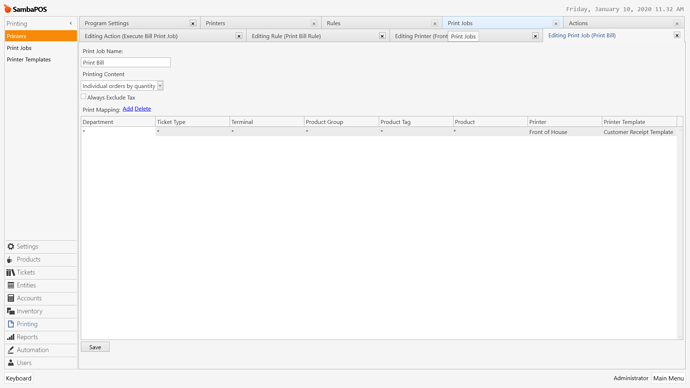 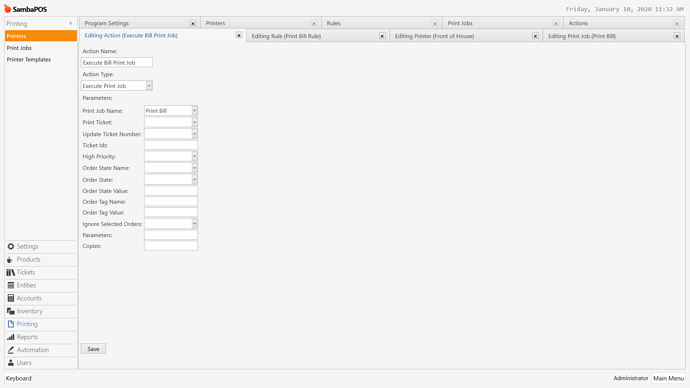 Show that template and the printer setup in samba and windows.
You can test samba side by opening print que in windows beside samba and see if the print job hits the que or not. 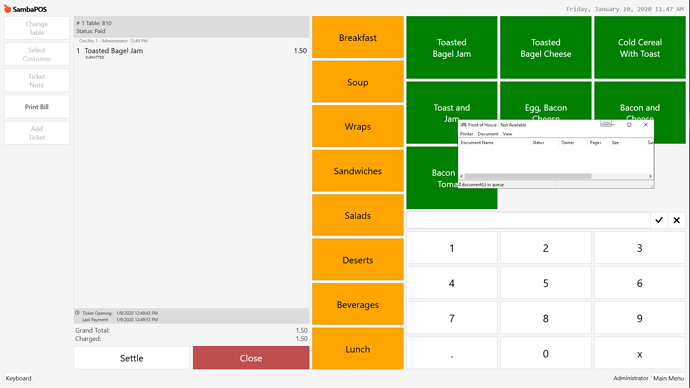 It appears its not hitting the que… so where would the disconnect be if the mapping is stating its printing to the default?

It may not stay in que, take samba out of full screen so they are side by side and make sure it doesnt flash up.

As said before, show printer setup in samba and windows.