PRINT BILL lock after I print it once

I have spent the better part of the weekend reading the forums and setting up my Main server workstation. I installed SQL server and have other stations working along with this one really good.

Question…
Why does PRINT BILL lock after I print it once?
I need to print bill any time, as many times as needed before settlement. What do I need to modify?
I believe it will be an action, maybe a rule.

Am I close? Need a little guidance 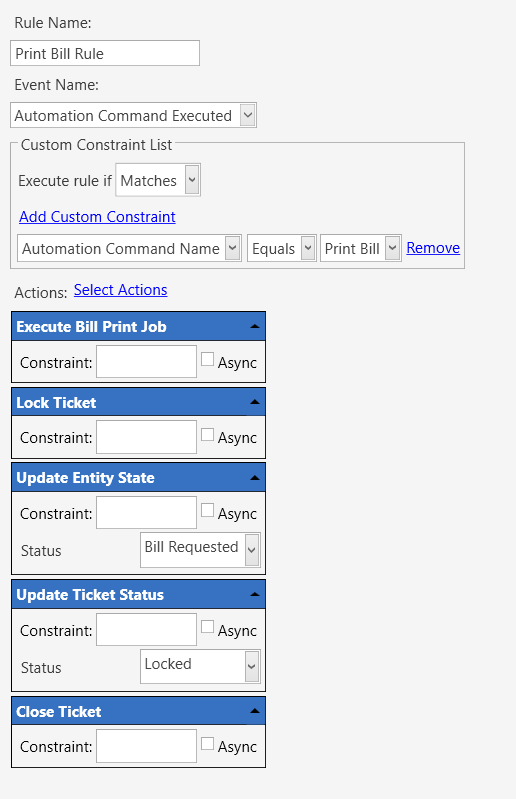 Remove Lock Ticket action out of the Print Bill rule

I did as you suggest and the ticket after its used once, is greyed out.

I did this. I removed "New Orders,Unpaid,IsClosed " from the mapping on Automation Commands> Print Bill
That worked

The whole point of those mappings is so staff doesnt print unnecessary amount of same bills.

You could just remove Update Ticket Status action from that list too.

You have status of locked. Mapping should have been left as was and both the lock ticket and status of locked removed
You may not be able to reprint closed bills with that changed mapping.
It was greyed because you were still setting status to locked.

The point of locking is that when the bill is printed to take to table it is marked as such to prevent additional orders being added by another user at till while paying old total. It’s not required but that is the reasoning.

prevent additional orders being added by another user

Actually locking the ticket does not prevent this - adding new orders will unlock the ticket, even on a user that does not have permission to remove ticket lock.

However when the ticket is locked, you can’t change the total by means of any calculations (i.e. discount). I always consider this as a safety measure to stop accidental (or deliberate) changing of the ticket price after the customer has been presented with the printed bill.

Actually locking the ticket does not prevent this - adding new orders will unlock the ticket, even on a user that does not have permission to remove ticket lock.

Wasn’t sure on that, thought I had just always left can unlock enabled so never really bothered looking too deeply into it. 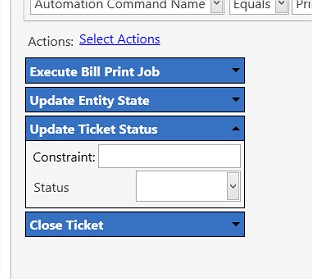 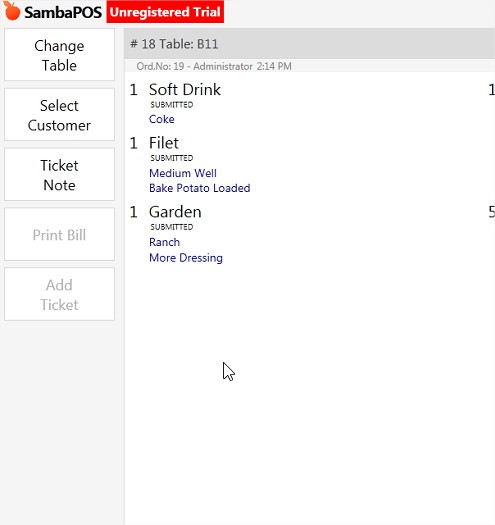 That being grayed out is because enabled mapping needs to be left empty.

Remove the enabled part of mapping. If you remove all mapping button will disapear

But that is not the case, that is not what has happened.
With all I have tried, the only successful thing, was like I mentioned earlier…

" I did this. I removed “New Orders,Unpaid,IsClosed " from the mapping on Automation Commands> Print Bill
That worked”

Visible part is just what makes button visible or not.

PS I am talking about mapping. Look at it and you will see

Only works if I remove what is in the red square.
There may be 3 ways to skin a cat, but this is the only way I can keep PRINT TICKET/BILL available all the time.

Ok you see it says Enabled States. Remove all of that leave enabled empty. That is what I am saying but your not understanding lol. Yes your right.

You are removing the status all together by going that… You need to remove the action not just delete locked. It will still update the state but to null/empty.