Printer Template - Show Order Tags With a charge only

It looks like they are typing a \ maybe? It’s saying it can’t escape the s.

They need to refrain from typing \

Yeah they did type “mayo o\s”
Yeah but thats a real bummer, there is no way I can train every employee not to type a character to prevent samba side issues. @vehbi is there anyway we can patch this? This is a really popular request… There are many modifiers customers should not see but on the other hand they need to see what they are getting charged for or else they will wonder why its an extra charge.

You can tell them no special characters. It’s a side effect of the customization we are allowed. It’s not as easy as patching it. That character has special meaning when used in expressions. They can use hyphen.

Or you can use jscript for what you want instead of the expression. That would allow the normal tags.

Yeah but its a common thing in major pos systems that they are used to. So its expected from them. I personally think this is a huge feature that should be possible and unbreakable based on what users type in.

Jesse idk what kind of waitresses you are used to but in my real world, I will never expect the user to be aware of what they can and cannot do. Its just impossible… I know you can say train the user, im sorry its impossible. You can train them 100 times they will keep breaking it and calling you asking why their ticket isnt printing after they did what I told them not to do 1000 times lol. Sad but true… for me atleast!

Okay ill try the java script approach, thanks for the idea. Do you think it will be heavy on the print task to have to execute the script for each order tag… I guess well see.

I live in the same world you do. I own 2 locations I hire and train employees constantly. I promise I live in a real world as well.

I understand what your saying but as emotional as that is it doesn’t change reality of what we have to work with. We can’t just fix it. It’s not that easy. We need to find a way to make it work. And most systems I’ve used don’t allow you the flexibility we have in Sambapos.

There is a way we can probably make this work. But you should know by now we cant just ask them to patch it.

I’ll remind you that it works fine for most people without needing the expression. It’s the expression that breaks the ability to use \ we can find a way around that maybe.

No it shouldnt be. Script calls happen instantly.

BTW you didnt need to use Ternary for that. That might be your issue. You should just be able to put brackets around it and that is enough. 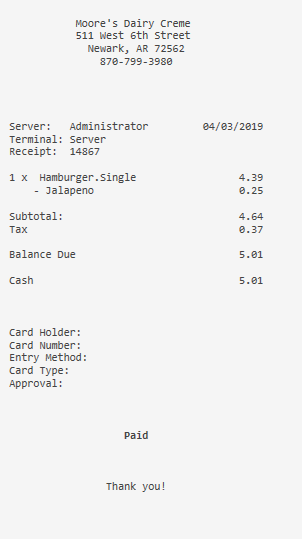 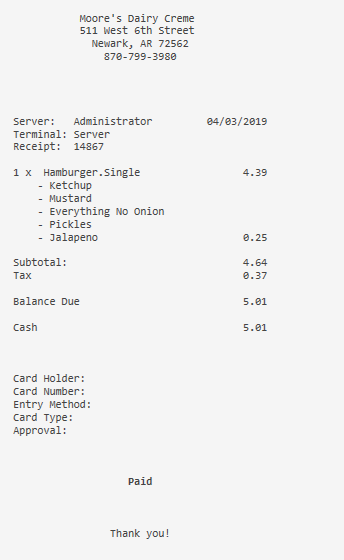 Lets test if it allows the \

EDIT Hey look at that: 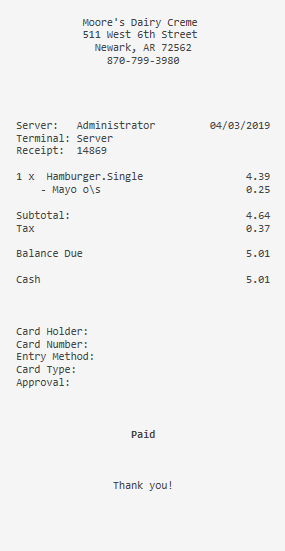 So @Hasa remove your ternary and just wrap it in brackets like I showed above and you will be fine.

As always Jesse comes to the rescue. Thanks Man. Sorry I dont mean to sound like I expect for everything to be easily patched but sometimes I think that having all the customization abilities we have can conflict with certain features and it can get frustrating. Luckily almost all of the time great members like yourself have great ideas to work around it.

Thanks as always. Works great!

Yes that is the tradeoff. But honestly its nothing and its worth it. We just need to accept it and make it work.

Wouldnt you usually use / for that type of abreviations? I don’t think I have ever seen anyone generally use backslash.
I mean most touch keyboards it’s not on first special char page, at least on Google, usually have to go to seccond page with curly brackets etc.

Wouldnt you usually use / for that type of abreviations? I don’t think I have ever seen anyone generally use backslash.

Yes but we are dealing with crazy dingbat waitresses.

Yes but we are dealing with crazy dingbat waitresses.

Yesterday I seen a waitress submerge one of our tablets fully in dressing… I wanted to cry. She left it sitting there full of dressing while she cleaned herself off first. At least I saw that so now I can hold the owner responsible for the cost of replacing it when he calls me with issues.