could you check that?

Can you tell exactly where it is not working? That issue relates with the difference of windows regional and sambapos regional setting so as they are same for me I can’t reproduce it.

here is the screen, and yes, it has to do with regional settings, but it was not bothering until now… 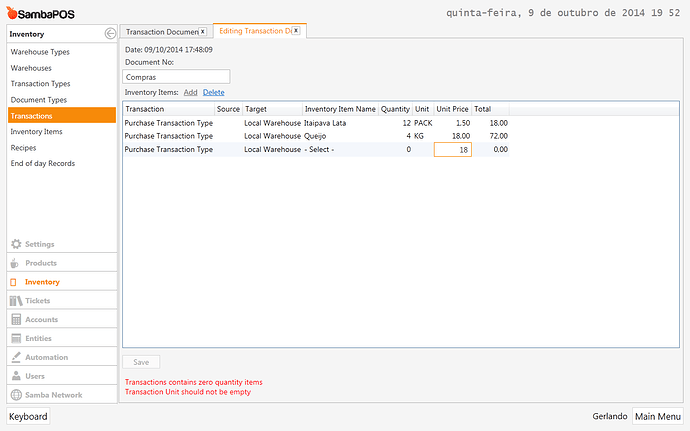 What is configured decimal separator in control panel > regional settings?

AS soon as I inverted them, everything started to work normally… crazy!!!

So how it displays decimal separator as , on other rows??

Can you post screen shots of both numbers and currency tabs of regional settings dialog?

I think I got the problem… you gave me the clue!!!

in number and currency the “,” and the “.” where inverted…

I have the same problem.
the language of my operating system defaults to . as thousands separator and , as decimal separator.

I always change, I prefer a single quote as thousands separator and . as decimal separator.

when I change the application accepts all the changes unless the editable fields.

behaves oddly, for example, when I try to write something like 5.5, I can write, but pressing enter it appears: 55

in places with decimal values by default as “fixed cost” appears: 0,00 instead of 0.00

when I try to use , he does not accept it, put leaves.

I have no alternative but to leave the regional settings as they appear by default in my operating system.

thank you very much.

Did you try this: 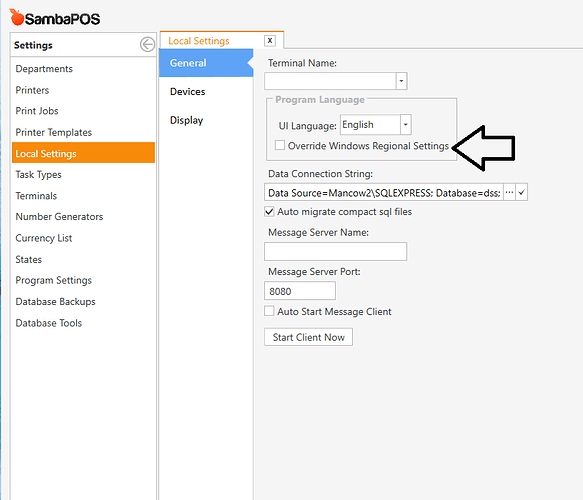 Yes, I tried.
but I do not want to overwrite the settings of windows.

I changed the Windows settings. All programs accept the new changes. even samba agree, but not in the editable fields.