Property of this button

Hello to all. how do I find the property of this button? 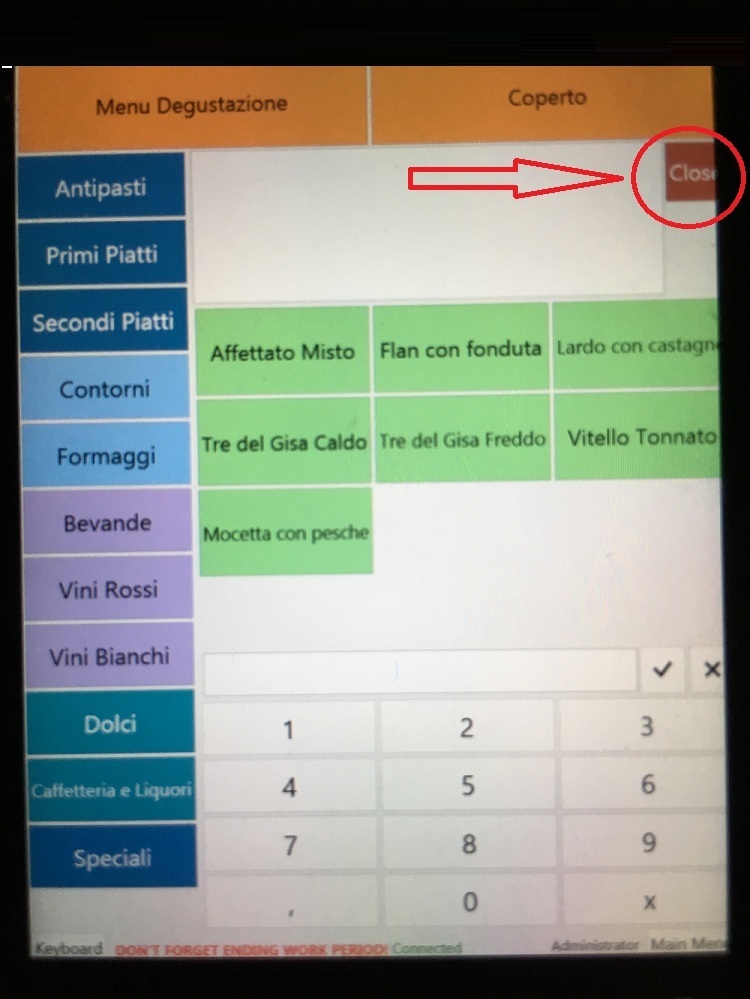 No one help me?? This is a screen shot from iPhone and in My version on pc there isnt this button…

I don’t remember what the screen is that you show, but I do know that you probably cannot change the caption on that button, unless it happens to be the Automation Command called “Close”.

What version of SambaPOS is that?

thanks for the reply. there is not automation in command. V5 version …

but can I create one in that space?

I think that is the scrren you see on a small tablet format. I cant tell if that is close command or tag close button.

Tag close button? Where found it??

You wont be able to edit it.

Yes, how to add another button in this part of screen ?? Where is?In management?

Yes, how to add another button in this part of screen ?? Where is?In management?

You can’t. That button is only shown when in portrait mode under a certain screen resolution, like you say when you use on your iPhone. The button closes the category menu or items view so you can access other buttons. It isn’t editable and is purely just to allow SambaPOS to work on smaller screens.

Is not possible add a button for only portair mobile ?

Try to make a new automation button located next to close button and see if it will show on that screen.

It wont. that is a special button only for that screen mode.

What button are you wanting?

A button for separator line … but in automation command there isnt…

A button for separator line … but in automation command there isnt…

You would create your own automation command button for that. Did you follow the tutorial?

Check out the Tutorials category of this forum and practice the tutorials even if you think you wont use that feature. You need to familiarize yourself with the system and tutorials are the best way to do that.

You CAN NOT edit that button.

but is possibile to create another one in thath screen mode?
Sorry I m noob. Thanks for patience!

Probably not. I dint havr that screen mode to test.

Try it Make some automation commands and see.

Looking at it im pretty sure this is not a mappable button position.
It is only there because of the ‘add order’ screen offered in portrait mode. I have barely ever heard anyone talk about portrait mode so dont think it is a very commonly used feature.
Doubt it would get any work as expect this will pretty much be made redundent by the new api web app interface curently being worked on.

thank you so much!! then in portrait as my picture I can not add a button with line separator?