Should Receivables balance to 0?
Just having a look at total all time account for hotel and notice an inbalance on receivables…
Dont use discount/rounding…

It should be yes unless you specifically dont want it to be. Generally yes it should be.

Was trying to avoid posting it but doesnt really give much detail;

Any ideas, PMS side reconsiles so something in samba side not right maybe.

Looks like its VAT related… Everything on till is vatable at 20% which would explain when PMS is ok as received gross values via api and does its own vat calculations. 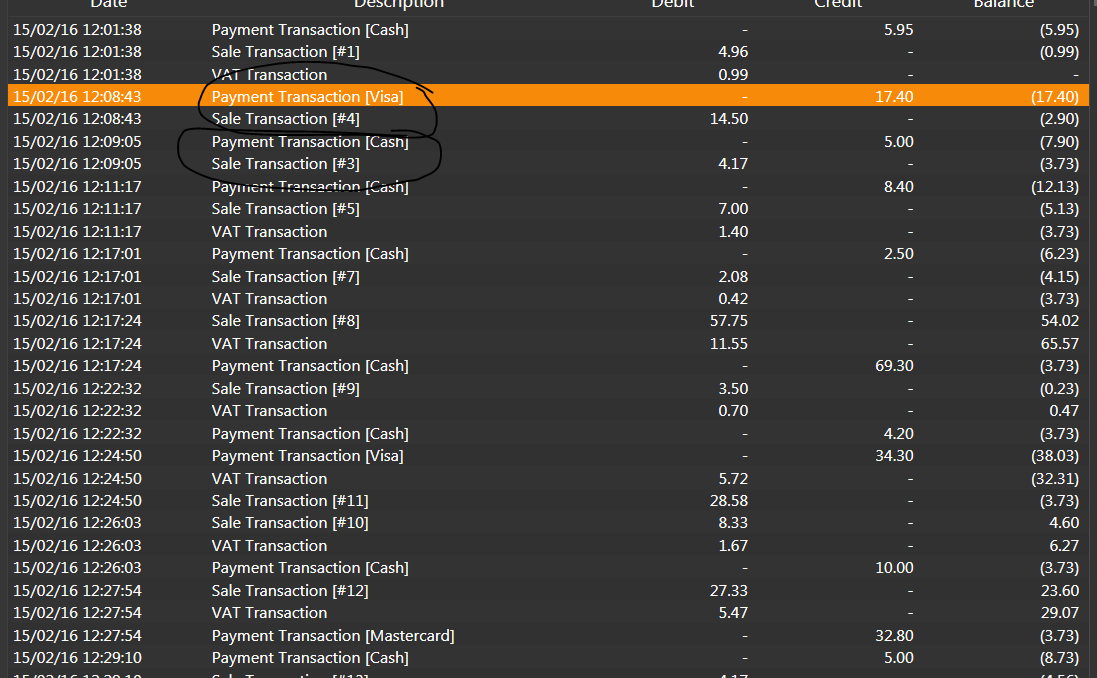 Obviously, you have made more Credits than Debits to the Receivables account. So one (or more) of your Transaction Types (or Document Types) is not configured correctly; that is, some Credit Tx is not subsequently being matched by a Debit Tx (or vice-versa, but whatever).

The issue may already be fixed … does the balance continue to increase/decrease daily? Or does it stay the same? It might be that during initial configuration, you had something wrong, but corrected it later on.