As thread title suggest this is not working correctly. 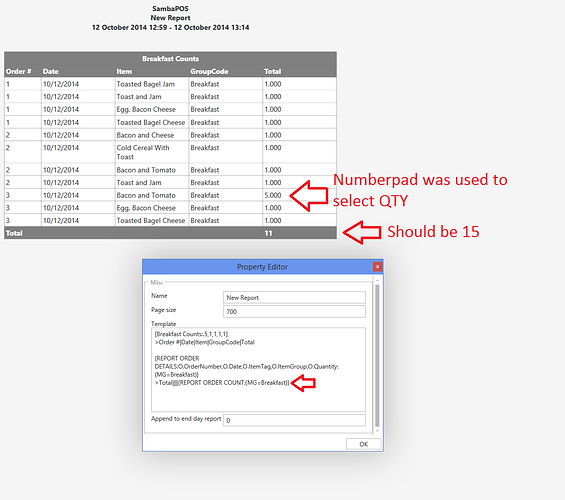 @Jesse, I don’t think this is an issue. It is counting records, in this case Order Lines, which is correctly 11.

Is there a {REPORT ORDER QUANTITY SUM:X} or similar? If there is, you should use it instead.

COUNT is a Count of Orders (Order lines); it’s not a Sum of Quantities.

Or look for a sum or count of Product / MenuItem Quantity on a Ticket-level.

It depends on how its meant to be used. I really think its meant for Order Counts… not order lines because the expressions for it pertain to Menu Items

Perhaps your right… I will look into it further.

Maybe my assumption is wrong, but I believe Report Tags are just a “friendly” way to create SQL, which under the hood is what I believe is happening. If that is the case, the result is correct, because it is counting Order lines, rather than the Quantity field that is part of the same table [Orders].

I just did a good example of this (in SQL) on another Topic. In the first query we’re counting tickets using COUNT(), but he wanted counts of Burgers sold, so we had to query the [Orders] table, but not use COUNT() which counts records; instead use SUM() of the [Quantity] field.

I do not need this anyway I am just getting familiar with all Report tags.

If I’m not correct, then the Tag is misnamed.

Right now this does not exist… So either I was right… or I was wrong and we are just missing syntax.

EDIT: that appears to pull the Total Cost (properly: Quantity * Cost). We likely need a tag something like: 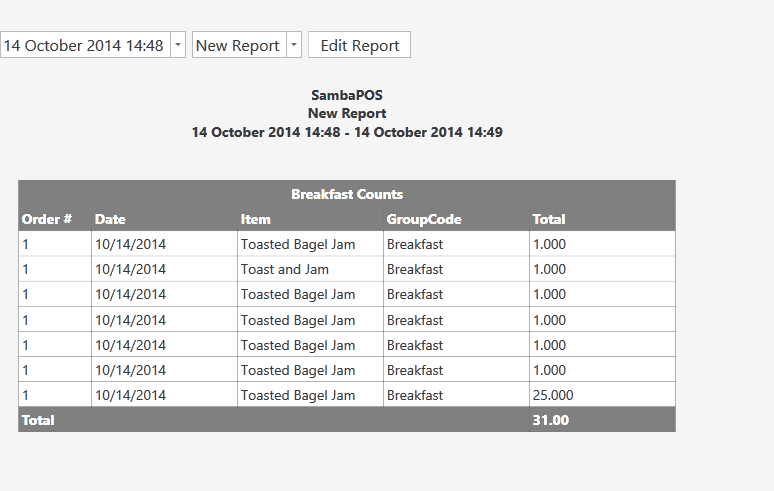