Rule does not work for another windows user 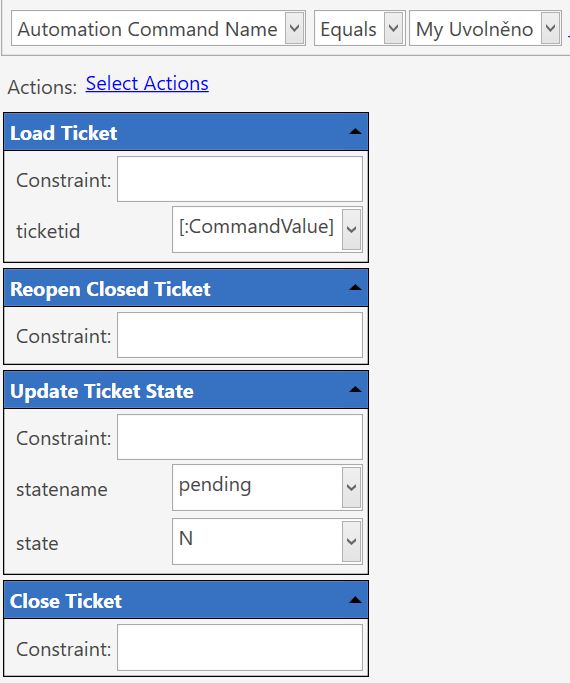 However, when I log in as ad Windows admin user “RDP1” (no concurrent Samba sessions are running, I restarted the PC and logged as RDP1. Same Administrator account used to log into SambaPOS), this is what happens:

As you can see, the action that should change the ticket state does not work - the state “pending” does not change from “Y” to “N” and the ticket does not disappear from the ticket lister…

Any help will be much appreciated, it drives me crazy and I’ve got no idea where to start.
Thank you,
stroodl

Why are you loading ticket? You already have it displayed.

You’re right. I did this setup when I had next to no idea what I’m doing

I came back to it now to clean up the rules and states etc.
I don’t think this is going to solve the issue though…

It did not help unfortunately… The rule changes the state without the Load Ticket action under “stroodl” windows account but as soon as I log in as “RDP1” (after PC restarted and only logged as RDP1, both being admin accounts) it does not work at all

Are you using SQL Express as your database type? If you are using RDP you need to be, it will not work with LocalDB.

Nothing in SambaPOS is related to Windows users. So since you mention this, it sounds to me like you have 2 separate databases setup with LocalDB, one you have implemented the setup on and the other you haven’t.

I use SQL Express. I only have one SQL database. There is a sambasetting.txt in Documents for both Windows users with the same connection string.
There is no way how to prove this setup with a single screenshot, you will have to believe me

I used this setup (PC + 2 phones via RDP) for the whole summer, everything worked well except for this rule (there are other rules that do much more than just changing the pending state. Everything inside of these rules work except changing ticket states).

I created a db backup of my live setup and now I’m testing it on my laptop. Same issue.

There is default mapping for the rule ****.

I note from your screenshots you are using rule debugger. Try turning that off and testing again, there are known issues that some rules act strangely when rule debugger is turned on.

Thank you for the tip but I turned the debugger on after literally hours of trying to solve the issue.

The only way how to show you what’s happening is to take a video. Will post it in a minute. Edit: I won’t, my phone does not seem to like taking video of a screen in dark room. But the gifs in the first post says it all.

On your second example Before Ticket Closing event does not trigger. That clearly means ticket rejected saving changes and just closed. Loading a ticket while a ticket is open may lead to this issue.

I deleted the Load ticket action:

Here I’m creating a ticket logged to Windows as “RDP1” user. The rule does not change the state “EET” to “N”.

After that I shut down Samba, logged out of Windows and logged in again as “stroodl” (both Windows admin accounts)

This time it works flawlessly. Please notice that it’s the same ticket I created undre “stroodl”. It does not depend neither on terminal name nor on Samba user - only on the logged Windows user.

We created and settled hudreds of tickets via RDP through the summer, everything works just as it should - except for changing the ticket state.

Accidentally found a solution: “More Ticket Actions” had to be installed for each Windows user separately in Samba Market (similarly as the license has to be activated).
I’ve been trying hard to figure this out for hours. The solution turned out to be just one mouse click away