Rule executing even though one of two constraints is not met

So I’m using broadcast message to send some JSON and then use that for some pop-ups and stuff.

sample data being sent as command:

This rule fires even though it shouldn’t 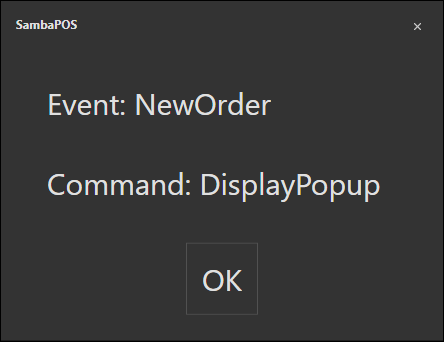 the above doesn’t show the constraints that were matched like this:

What’s happening? What am I missing? What did I do wrong?

Weird but Ive seen similar behavior in the past, its usually when you add a query or script in the custom constraint field

I know it sounds silly but have you tried doing something like this?

That’s how I initially did it - the screenshot is after I removed the tics to see if it changed anything.

New order pop-up is like that but it, too, fires if I eventName doesn’t match 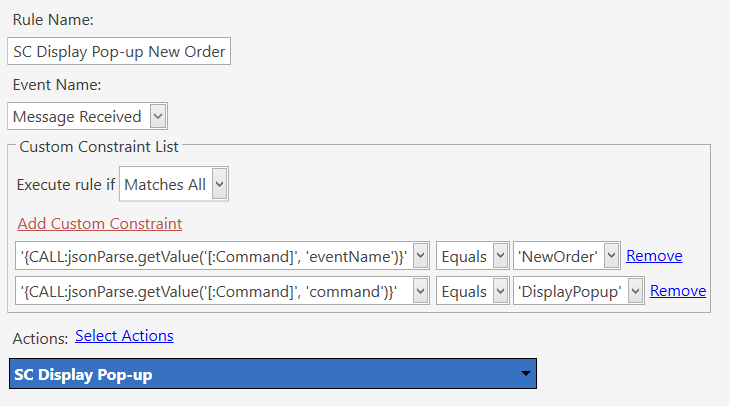 Does it fire this rule even with not matching ‘command’? I mean, if it were to constrain only command

Is there any chance that the resulting popup message is produced by another set of rule/command setup?

I think it is worth checking what else might produce that popup… maybe your code which you are looking at is actually working and the popup is resulting from something else.

I don’t think you can nest tags in a constraint like that.

If you put a execute automation command action in the message received, could you use the constraints to display/not display the pop-up on the next step? Just a thought.

Thanks for the replies and suggestions guys/gals.

I just decided to role my own event and mutation and be done with it.

Thanks for being a sounding board.