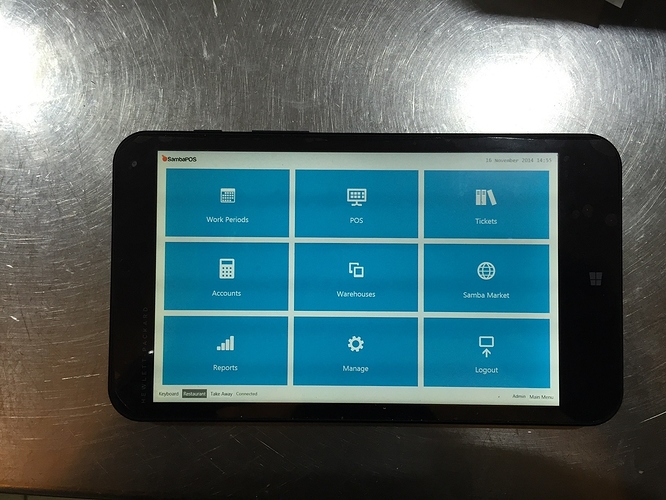 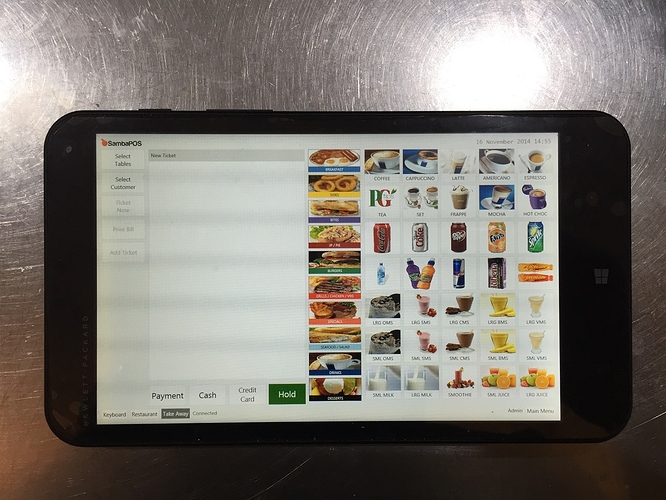 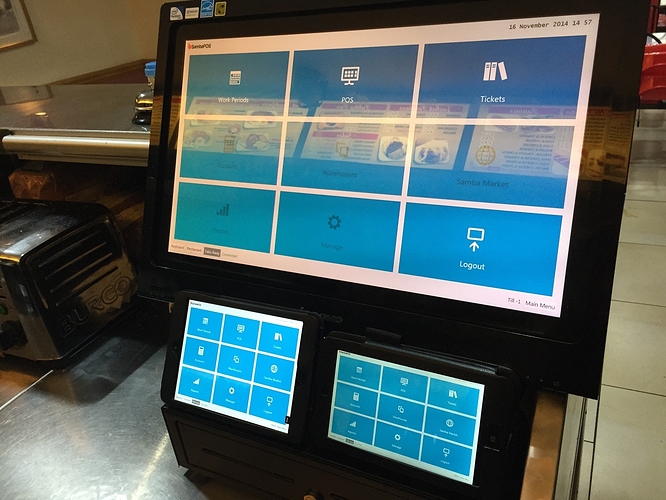 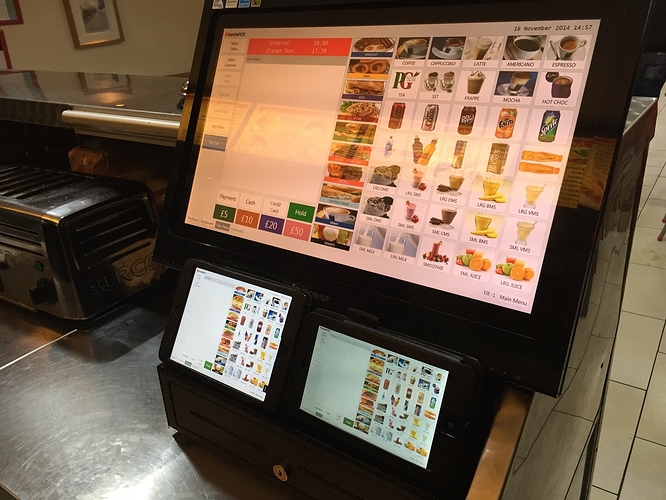 I will do a comparison of the Ipad MIni vs the HP Stream 7" sometime soon and discuss the RDP vs Local.

looking forward to this. I also plan on doing another thread with my equiptment and setup of choice.

I love these threads because they can save unexperienced people alot of money and headaches.

Personally I am leaning towards RDP instead of local. I have another POS setup with RDP and it works flawlessly never had any issues and its through the windows xp rdp hack. I gave it a try with a local install on a windows 8.1 tablet and found it lagging sometimes when trying to add an order. Im sure this issue would be resolved with a more expensive tablet like the surface pro but thats too big, heavy, and a little pricy vs my $150 dell venue refurbrished windows tablet.

I’ve tweeted it. I’m sure people will like it. Thank you very much for sharing.

@Isaac This is grea awesome can u pls tell me what is the button size configuration for u r pos , also would be very handy if u can share the pics they are brilliant great job…

I’m going to keep this short and precise. After weeks of testing the results are in: Speed: Winner: Ipad Mini Reliability Winner: Ipad Mini Why: You may find with RDP that the connection might freeze, but when you reconnect you are able to carry on from where you left off unlike the local method if there is a connection issue the software will freeze, a error will come up and you will have to relaunch the software. Orders have been lost on the HP Stream. Cost Winner: HP Stream at only £99…

The button configuration all depends on how many products you have. The trick is to decide how many columns you will need to accommodate your products and then increase the button height to get a perfect fit. If you have a lot of products i.e like my drinks section it is a good idea to remove the number pad.

Is there a way to get battery information anywhere on the samba screen so you can know when the tablet its going to die. I purchased a HP stream and its running flawlessly as a hand held terminal. I just would like to know the better info without closing samba.

What is the reason of adding same request under multiple threads?

Sorry, saw this first and added it here before I saw the other thread… I can remove it if youd like.

Its fine we just want to keep discussions clear and on point as much as possible. Making multiple posts for same thing kind of goes contrary to that. 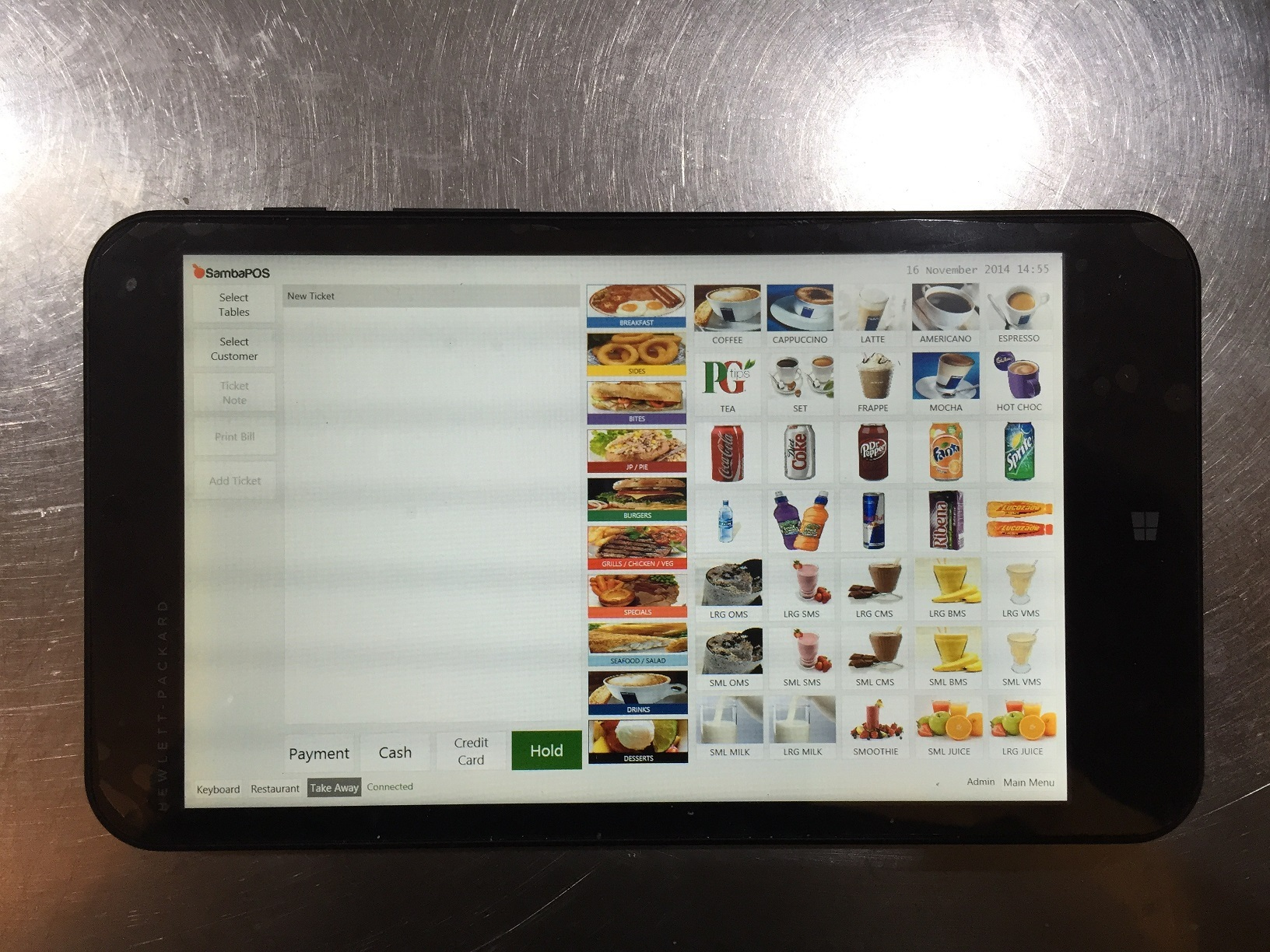 Am I missing something? How come my have less Automation Buttons? Can we adjust the height of automation buttons? I can’t find it. I only get 7.5 buttons. From screen above, I think at least 10 buttons. 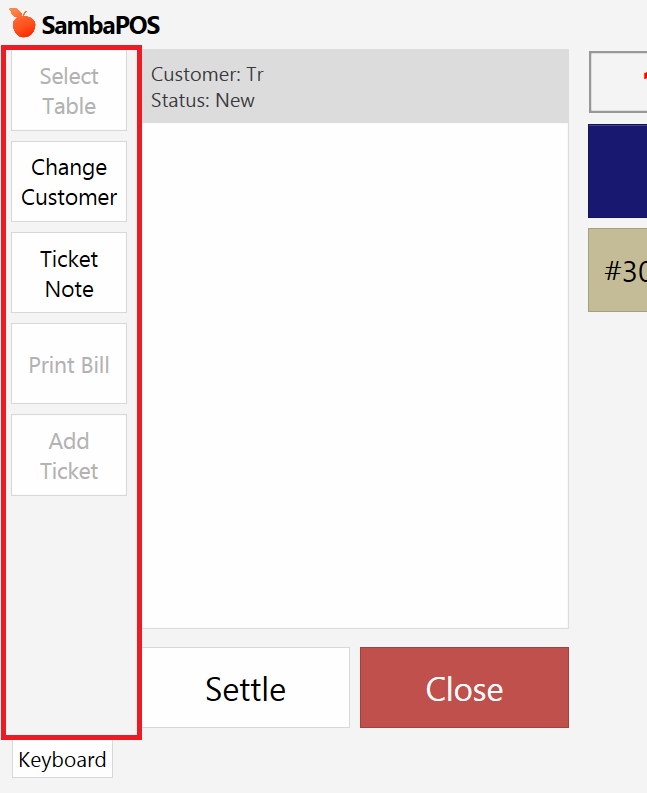 EDIT: Nevermind, I change Windows Font screen smaller and it the same as above now.

Hi, May i know how you are connecting the kitchen printer in this case?