That funny that was the one working for me last night. I’m on 5.3.2 (beta for iB Controll/cc integration).

Sorry but the issue is the returned data from thecocktaildb.
Returned lists seem inconsistant with expected search results however those two products are the issue here.

I just searched French and processed it through your formatter and it was fine. 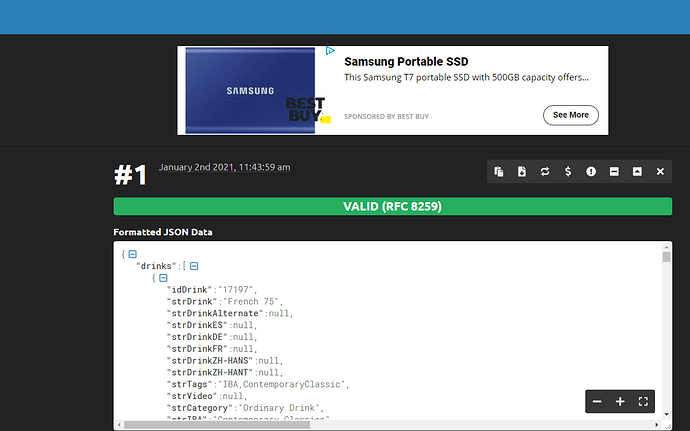 If you don’t mind would you post of the raw data of your error above?

Their data is ‘DIRTY’ lol 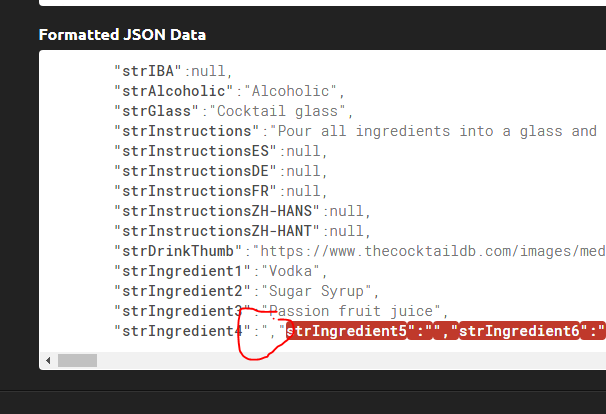 What recipe is that for?

‘fr’ returned data is too long for forum

okay let me look at a few things. Thanks

Single quote on ingrediant 4 will crew up all folloing code 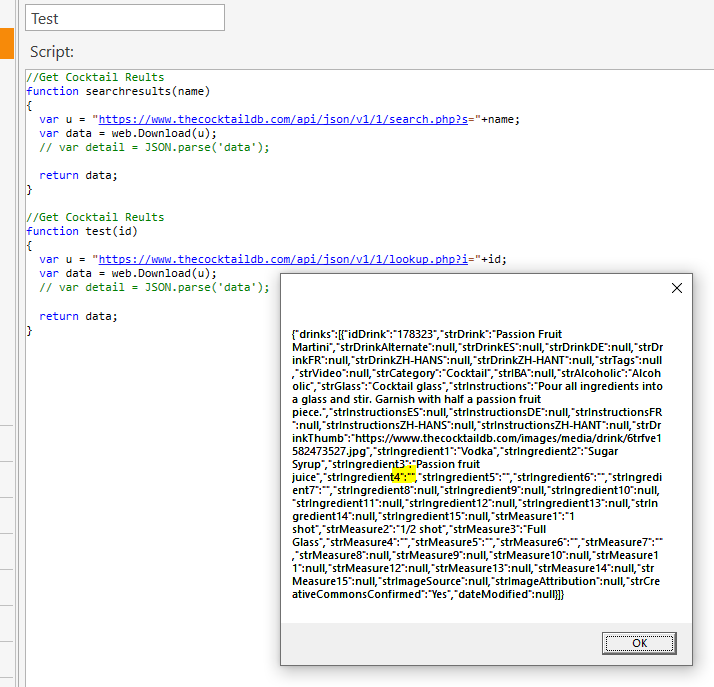 my bad, was my
fixed_json = json.replace('""','\"');
in attempt to combat the other issue with double quotes

Makes more sence as was puzzled how that single quote would happen as is going to be getting pragmaticly encoded.

So issue is those unescapes quotes within the instructions for

I’m not seeing that in my raw data. Looks like we’re validating differently? I see the \n, but the validator doesn’t have an issue with that. 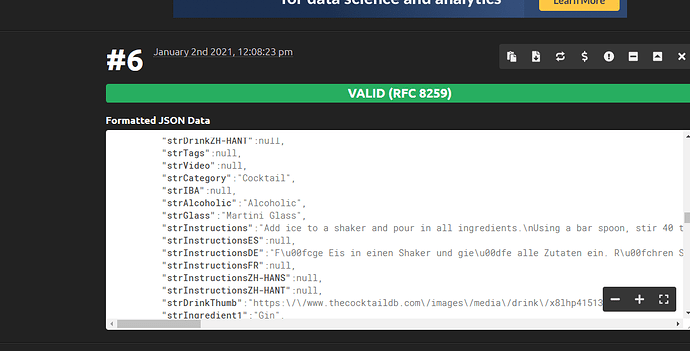 Well I am and ‘French’ which is what that is in results for is one of you parse fail searches.
If your looking at the popup its probably hard to tell, will be wrapping on spaces so would show as a short line with a short word on first line with a space…

Your umlouts on instructions are also escapes but mine are not… odd.
Is that comeing from CRTL+C from samba??? You said wasnt working. Posible your insomnia is doing what it can to ‘fix’ the json

The virdict is the data has some errors in it which is what is making the parse fail.
Thats not a fault of the parse function.