I was intially using SambaPOSv2 and was able to give printer job to the terminals I was using as this function was availible.

However, I have upgraded toSambaPOSv4 but have been unsuccessful in doing the above.
So I cannot send printer jobs to terminals, as this option isnt availible.

Reasons why we need this… We have 1 server and 8 terminals. So All together we have 9 machines operating. This system is working ok with SambaPOSv2. But now that we need to upgrade to
SambaPOSv4 we have been unable to set printer jobs to terminals, as stated above with an example.

We have installed sambapos v4 to our server MSSQL 2014. Using our local network Our terminals operate using pos system with this server.

Use mapping in print jobs for this.

I do already this one. Its not my questions. I didn’t see any terminal selection settings on print mapping area. Only product group - product - printer and printer template.

Sorry let me be more clear. The rule that handles your printing you can use its mapping for specific terminal.

As @Jesse says, you can control the Terminal print jobs in Manage > Automation > Rules. Specifically via the Rule Mappings. 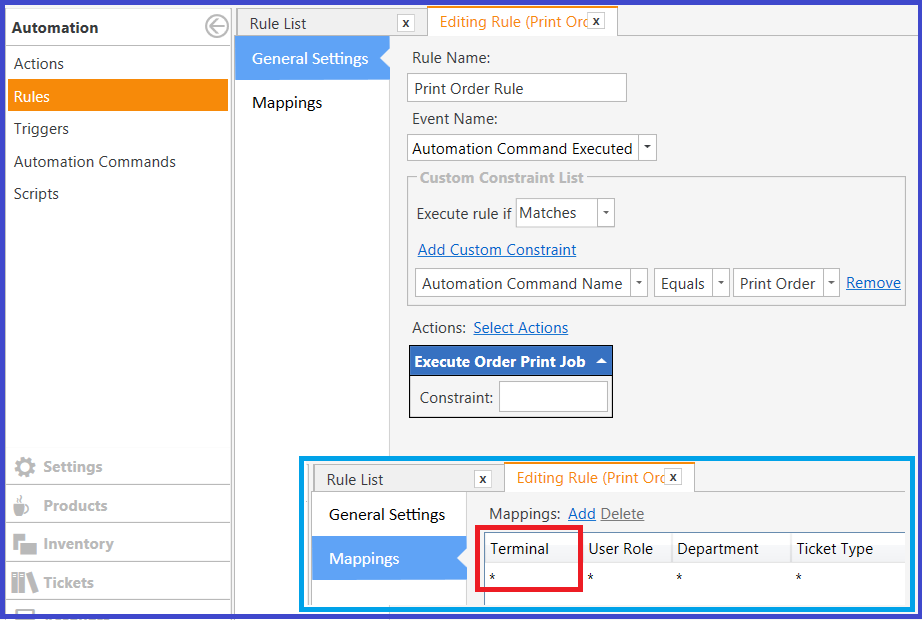 I don’t know how to do it? I have 8 terminal, i create 8 Kitchen Printer, 8 Bar Printer, 8 Ticket Printer etc… for 8 terminal. Also i create 8 printer jobs for all printer. But how to assign printer jobs to terminals i can’t found it. Can you explain me please if i need to create some rule or action? 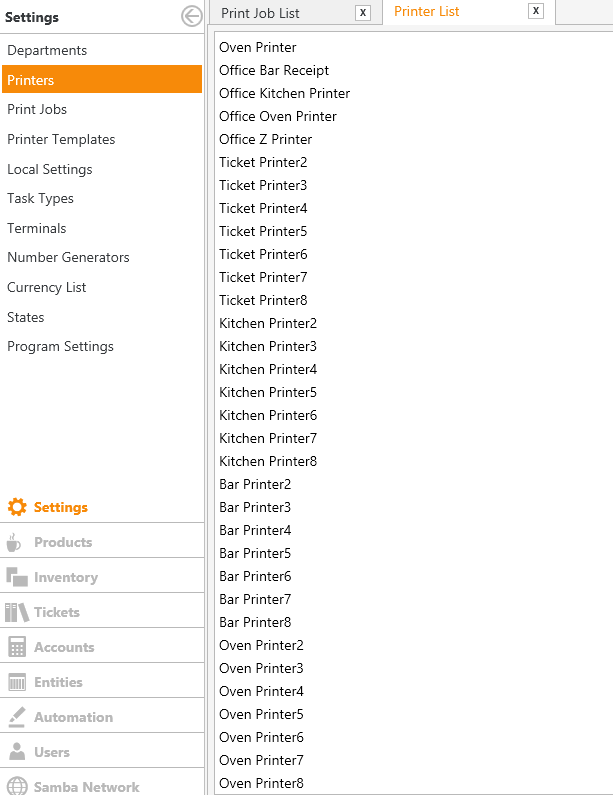 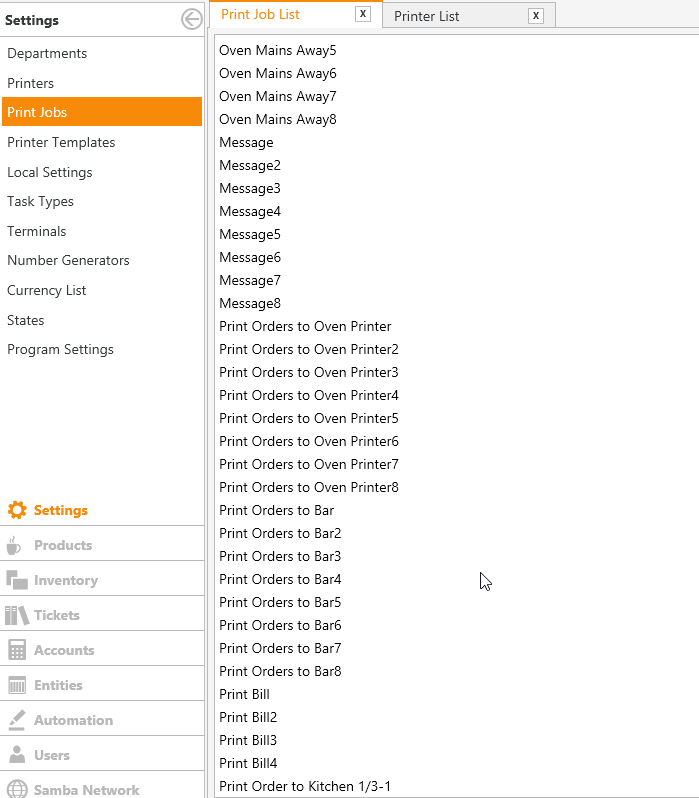 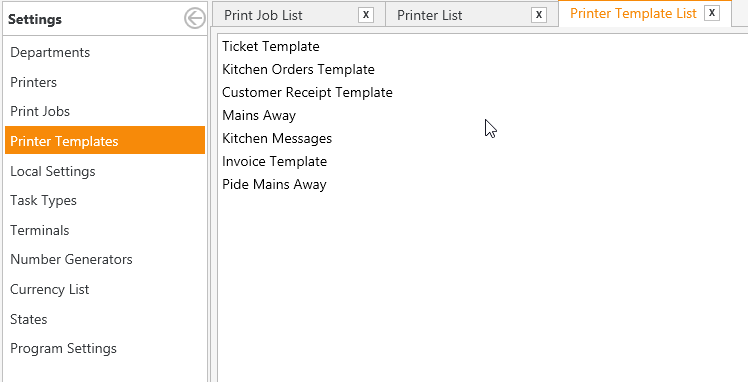 Do you have 8 physical printers or?

How are the Print Jobs fired? On Close of Ticket, or via other Button(s) on the screen?

Buttons are Automation Commands, and they invoke an Event called Automation Command Executed. You capture that Event in a Rule, then fire Actions, such as an Execute Print Job Action. Using the Rule Mappings you can control the Terminal that command is effective for.

In essence, this is how you map Print Jobs to Terminals - inside the Rule that fires the Print Job Action, as I showed in my previous post.

Here is the default Print Bill rule that handles printing on first install of SambaPOS: 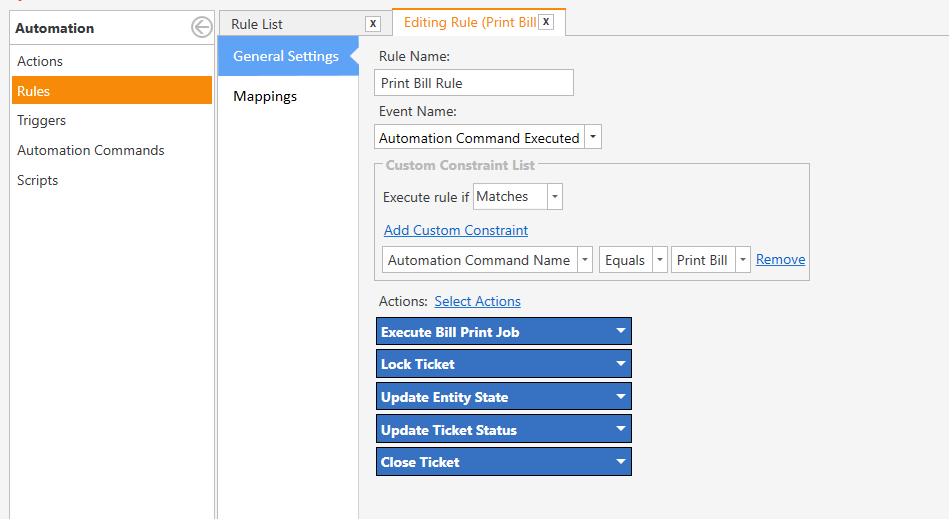 It has an action that tells it what Print Job to use: Execute Bill Print Job

If you wanted separate Print Jobs for each Terminal you would clone this rule for each terminal so if you have 8 terminals clone this rule 8 times. Edit each rule to update the Execute Bill Print Job action that points to each Print Job you want. Then open up the Mappings for each cloned rule and you can set what terminal for what Print Job 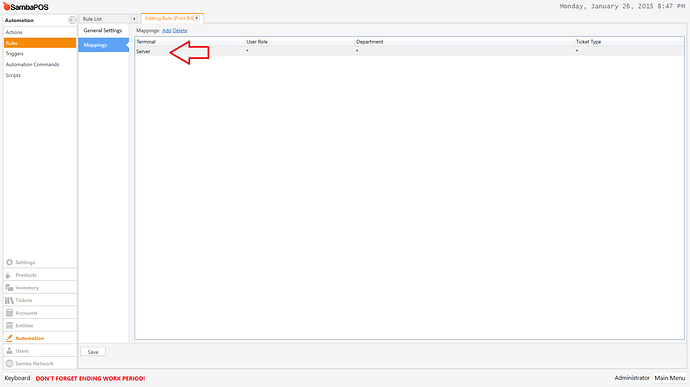