Currently in a clients retail unit, 3 tills and 1 server in the office.

All tills are getting laggy and I’m presuming it because the server isn’t reliable enough? To be fair it was a cheepy cheepy from eBay and cost 70 quid.

He’s asking now what to do to make the whole system faster. He knows I built the whole lot for a song and was always prepared that he may have to upgrade at some point.

What would you guys recommend? We are currently creating a cat5 system with a switch and remove the wireless network. I feel this will impact a lot too.

Moving away from wireless will make the biggest impact but probably ensuring the server has SSD drives and a decent amount of ram would be the 2nd best upgrade. 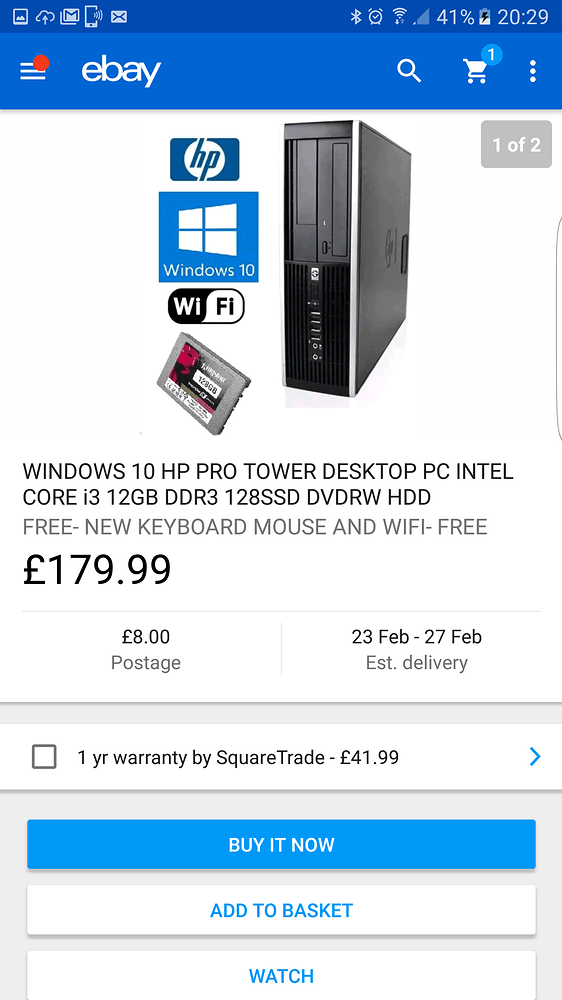 Looks respectable, not a fan of Ho machines personally, prefer dell
Check the ssd spec though.
Might be better getting non ssd machine and buying ssd yourself. Many have fast read but not as fast write.
Get one with 500mbs read/write.
The ones I use are v300 I think sandisk and are very well priced.

Not San disk - Kingston like that pictures however there are obviously different models.

450mbs read/write according to desc

Always check as they often show read when bugging up speed but read is usually faster.