[Solved] Entity States for Tables Not Updating After Upgrade

I’ve just upgraded from V4 to V5, and now the table statuses aren’t updating when I add items to a ticket. Here are screenshots of the Rule and Action, which I haven’t played with since the working version: Any advice greatly appreciated. 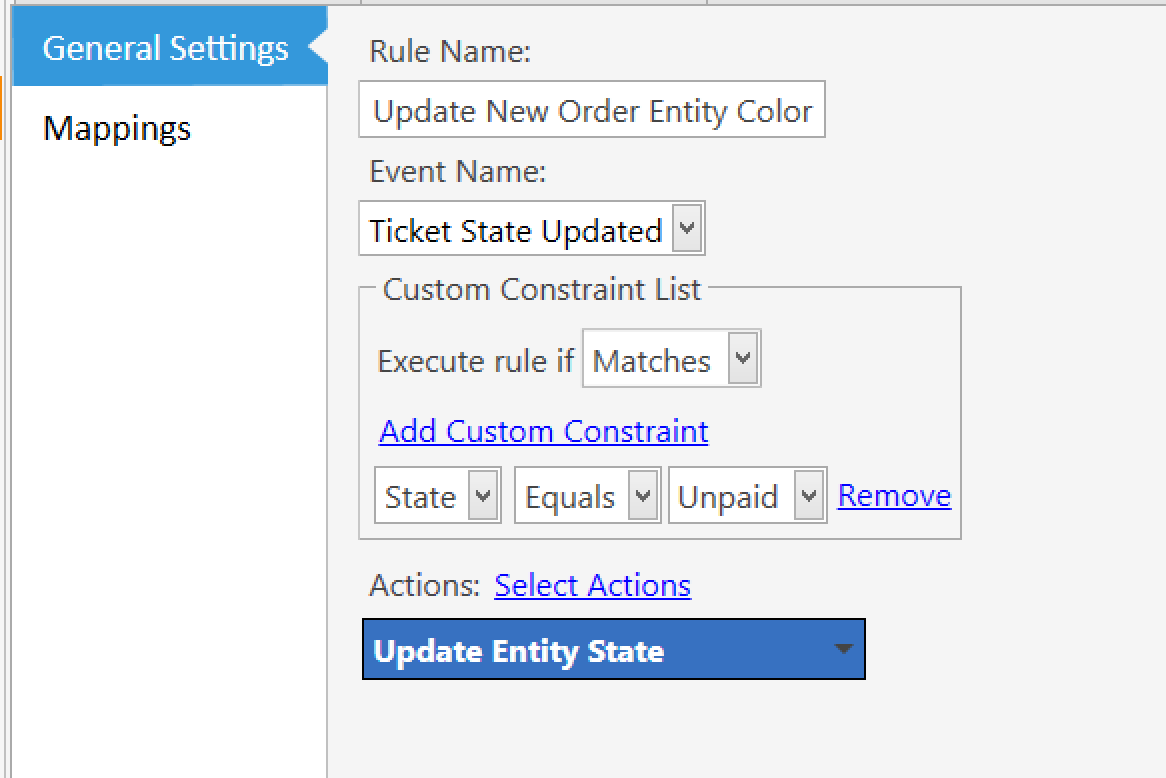 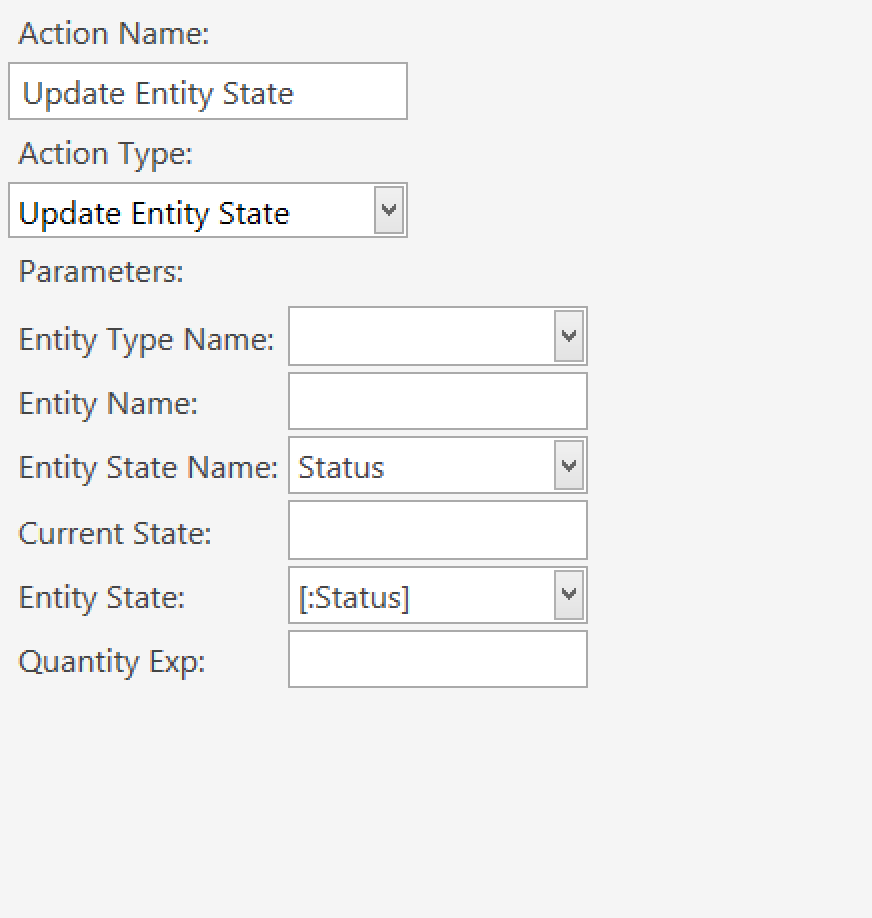 Youll need to retake the first screenshot with the action ‘expanded’.
Click on th arrow on the right hand side of the blue bar.

The [: ] in the [:Status] value for the Entity State field mean that that value is definable from the rule instance of that action.

Sure, thanks. Here you go. 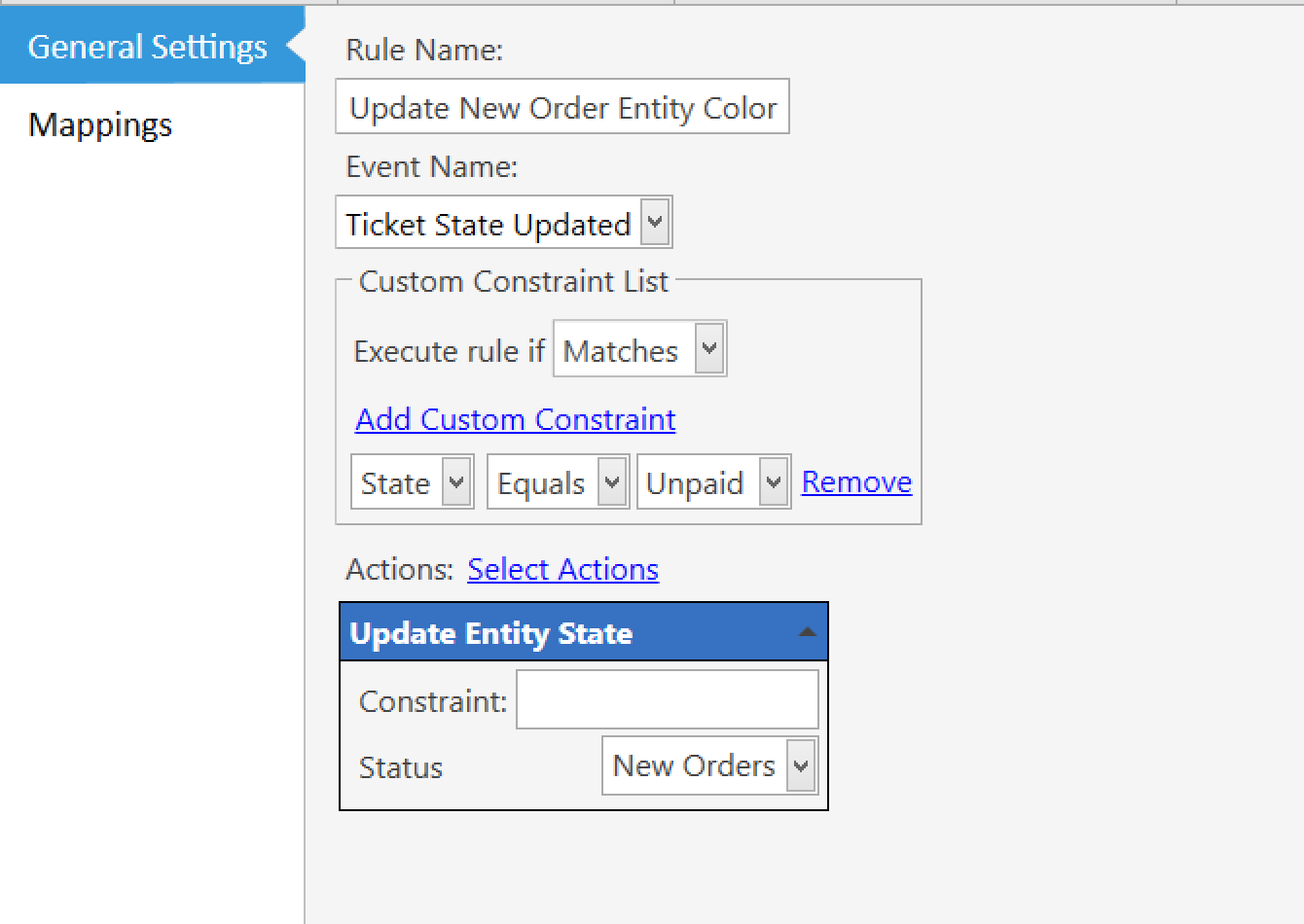 Not at the computer to check but that seems normal…
Is the mapping for that rule set to all * ?

If that rule isnt the problem the next thing wouldn be to check the ticket closing rule where the ticket gets set to unpaid state.

Yes, the mapping is set to all. closing rule looks normal as well: 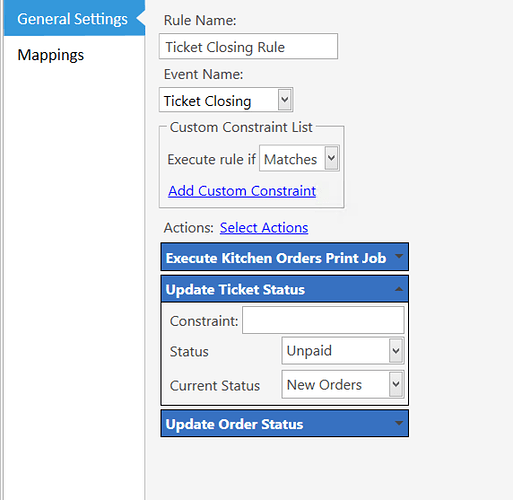 Oh, your referring to the display state on entity screen rather than that the state itself is not updating.

Did you define a display state of Status?

So I am OK with this issue but it looks like there might be a bug specific to when View Mode is set to either Custom or Layout. In those modes I cannot get the entity state to update, while in Automatic it works correctly.

Here’s an animgif that shows exactly what I’m talking about:

Go into Design Mode and select the Widget that is not showing proper state (i.e. an Entity Grid).

Right-click the widget and select Settings.

Ensure the State has a value selected… 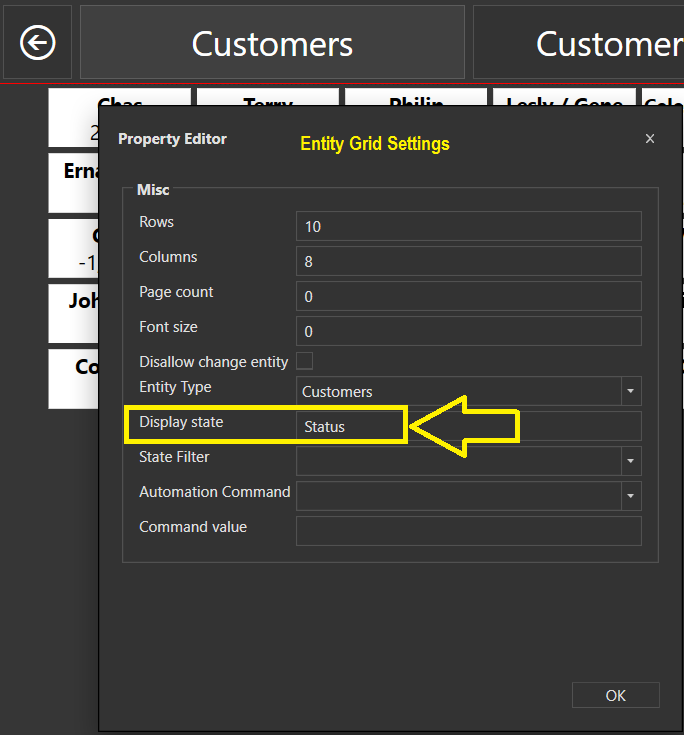