SQL Server is either corrupt or has been tampered

You need to replace the above with something like this:

Without knowing how you set up SQL Express, we cannot give better detail. Your Instance name (SQLEXPRESS) may be different, your User Id (sa) and Password (sambapos) may be different (or you may not need them at all if you are using Windows Authentication), and your Database name (SAMBAPOS4) may be different.

This is what I get when I go to hidden files…you see anything that doesn’t look correct?

Yes, your Connection String is empty. Read what I previously wrote above.

Thank you. I had made a back up of my computer on Seagate backup plus. If I go to restore. Do you think it will work? I made this before I encountered this problem with Samba.

You should learn how to fix it. Chances are it will happen again since your not sure what your doing just yet.

Thank YOU. I will try to fix it. Thanks for all your help.

Run SSMS (SQL Server Management Studio), and when prompted to Connect, post a screenshot of the dialog. 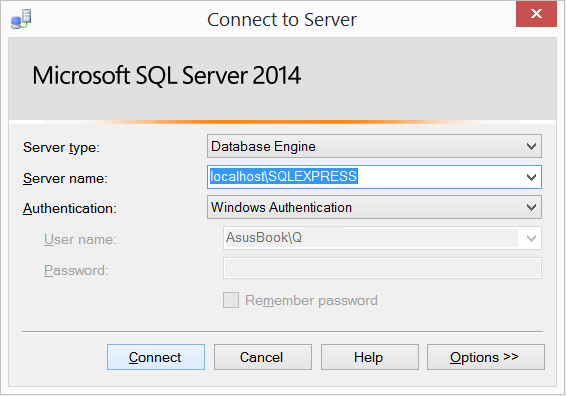 Connect to the SQL Service, then expand the Databases in the Object Explorer Tree, and post a screenshot. 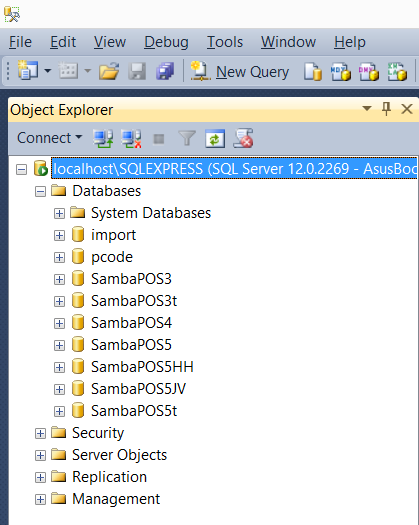 If you get this far, we can figure out what to do next. 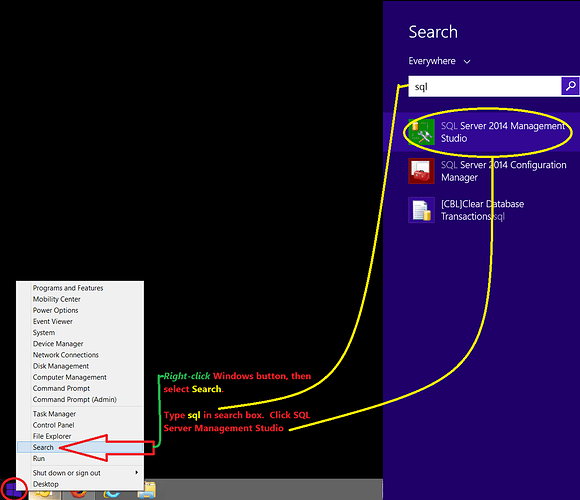 OK… Got it. How do I take a screen shot.

I linked to sql management studio and I see two error messages…exported to my documents. It reads…

Erm, didn’t know this was a computer and OS support forum…

You have a button on your keyboard labelled Prt Scr (or similar). This will copy your screen to the clipboard. You can also hold Alt key then press Prt Scr (Alt-Prt Scr)and it will copy the active window to the clipboard (not your entire screen) - this is generally better because the image will be smaller.

Start a post in the forum, place you cursor where you want the picture, then press Ctrl-V to upload the image.

The SQL Service is not running. You need to start it using the Service Manager. Use search to find it, or go to it via Control Panel > Administrative Tools > Services. 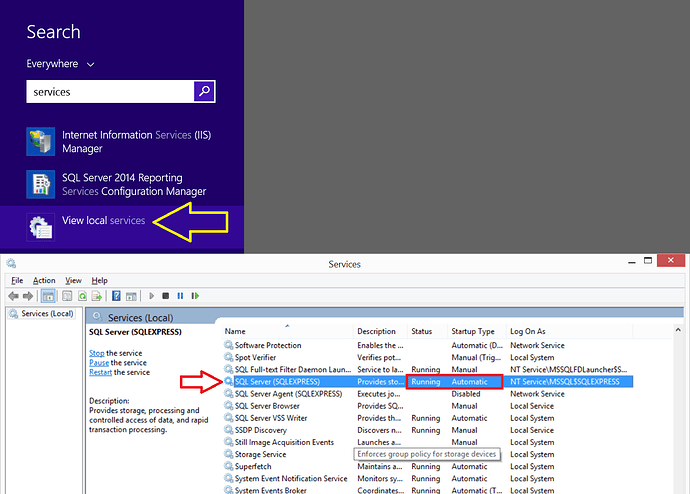 @Siciliantratt you may want to try Microsoft support for some of these questions. Your specific issue actually has nothing to do with SambaPOS. Luckily several of us are familiar with Microsoft SQL Express and we can offer you suggestions but it will be hard for us to solve your problem since only you really know whats going on, aka your the one at the computer.

OK thanks for all your help…Much appreciated. will call Microsoft and see what’s going on.

Calling them will more than likely cost you money. Instead use their support resources from their website. Or just google it. However QMcKay has provided you with steps to follow.

PS: I highly recommend you study up on it via Google or Microsoft’s resources pages it will help you in the long run with the ability to support your business.

PS2: You could opt for SQL 2014 local service when you install. This wont save any work you did in past but your not required to setup SQL Service it does it for you. Difference is if you plan to run multiple terminals you should probably learn how SQL Express works and use that.

Thank you I did it. Tells me that its running. No database on samba. I had backed up system on seagate. How would I be able to restore to Samba?

It depends, how did you back it up? It is important we know the process you used to back it up so we can give you a better answer. I would guess that since you did not know about MSSMS you more than likely did not use it to backup. Did you use Database Backups module from SambaPOS?

I do not have Database Backups module from Samba.

Are you sure your database was SQL express?