In the DB attached the ticket number is 3281, and the dissapeared COCA COLA 1LT is ticket 3280

I tried to reopen ticke, cancel order, but it shows VOID as a tag, and cant do anything with it.

Could you check what could happend?

@gerlandog I don’t think it is strange. If it is gray without strike it means Increase Inventory flag enabled for order. Please check your Update Order actions to be sure Increase Inventory setting not enabled. Before diving into database it will be better to check configuration for possible mistakes.

Dear @Emre, thanks for the fast response…

I checcked my update order… this is the screen: 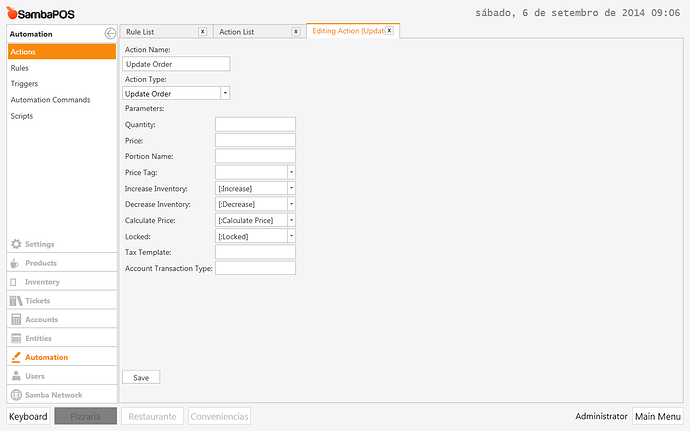 Ad I have an extra Update Order for Price change: 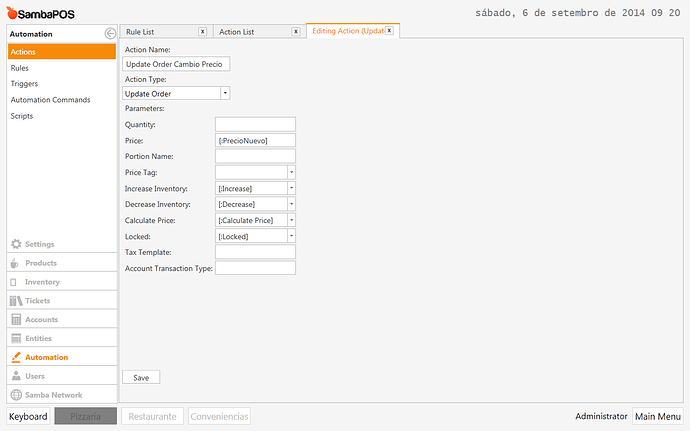 That’s OK. I mean did you created custom rules that possibly sets Increase Inventory value to true? This might be a variable or a setting tag.

I had this actions… 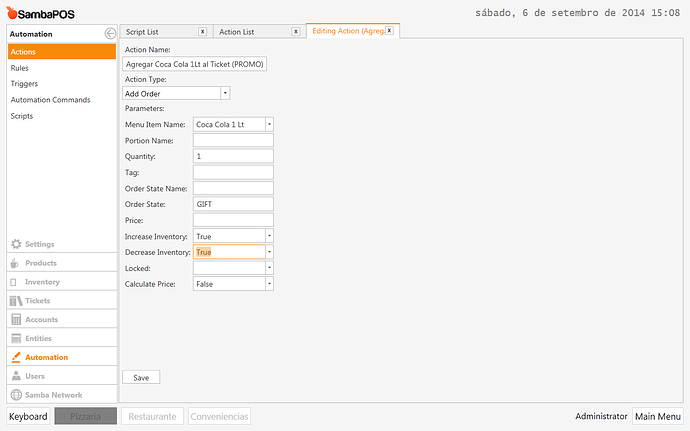 I asume that they are INCORRECT…

PD, I did not happen all the time, but I cannot remember the exact sequence to happen…

Increase Inventory should not be True. Leave it blank and it will work fine.

If you change it to [:Increase] or [:Decrease] then all you did was define variable that needs to be defined in the rule.

What are you attempting to do with that action? Give an item away free?

Increase Inventory should not be True. Leave it blank and it will work fine.

PD so ALL THIS TIME i was using it wrong, at least 7 months, jajajajajjajajajajajajajaja!!! never noticed, but sometimes, just sometimes it had this odd behaviour…

Do you want it to Decrease Inventory?

What are you attempting to do with that action? Give an item away free?

No, no… When I first design it I wanted it to behave like any normal Product, when its added should decrease inventory and when you canceled it should increase inventory… since the COCA is actually going out from the fridge (at cero price) but its still going to the table.