Okay so. We now have 2 stations running Samba V5 now activated. They are using their own databases though… Trying a Server/Client thing and SQL was just too much for me. I’ve lost count of the beers it made me open. Good thing I’m at a bar. Lol! Sierra Nevada please!!!
Anyways… here’s our current setup. Main station at bar. Receipt printers and kitchen printers both directly plugged into the bar station. Our second station is in the office and I’ll explain why in a minute… samba on the 2nd station in the office uses the printers connected to the bar station via network. Make since? Okay well here comes the complicated part. Station 2 in the office is not a pis system… it’s just a laptop computer. We have a cheap Windows 8 tablet that only has 1gb ram and it’s too slow to handle Samba. So instead we set up a remote desktop so that our waitresses can use the tablet to take orders at the table. So basically the tablets are remotely controlling station 2 in the office. Not so complicated after all but here’s the REALLY complocated part… when using the laptop I can print tickets with samba. When using the tablet no tickets print. Upon investigation I found that when the tablet was connected to the laptop using remote desktop it caused the printers to become unavailable. However when I paired the tablet with the bar station tickets were able to print from command of the tablet. Make since so far? My guess is the issue with it not printing from the tablet when paired with station 2 is because they are wireless. Because it works fine with the bar station because the printers are hardwired. Any solution? I was thinking of trying several different remote programs such as log me in seeing that my idea didn’t go too well when using the remote connection that is built into windows. To answer the question, yes I’m a technician but even the smartest get stunted sometimes. So I’m just wondering if anyone can toss any ideas on a fix or a better way to do this. Or just give me a good idea on different remote programs to try.

Edit- FYI I did uninstall the drivers for the printers from the tablet. Printers still unavailable with or without drivers installed on the actual
Windows 8 tablet 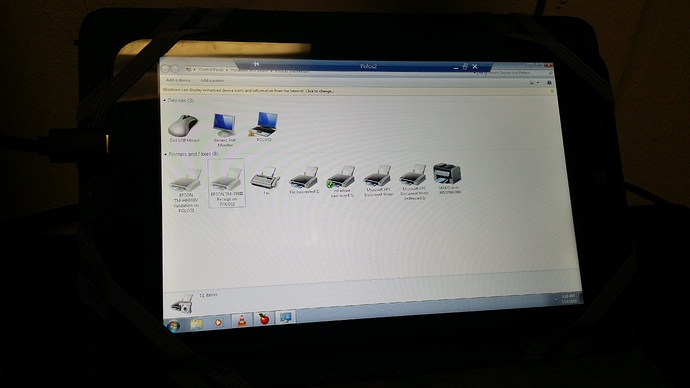 This is what I see when remotely controlling station 2 from the tablet.

Hi!
did you check if you have the printer enable? 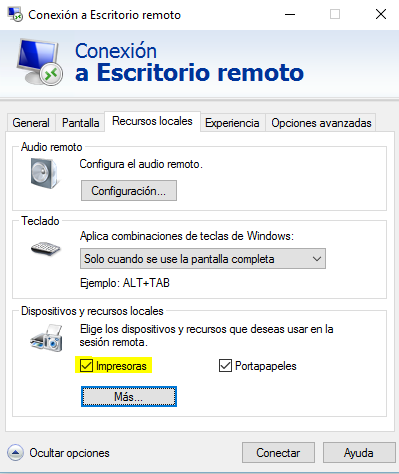 I can remote in to my systems across the internet and print without issue.

I have used Teamviewer, and I now use AnyDesk. They both work well.

Definitely look at the suggestion by @iberiabati … using RDP, you can configure whether or not Printing is enabled. 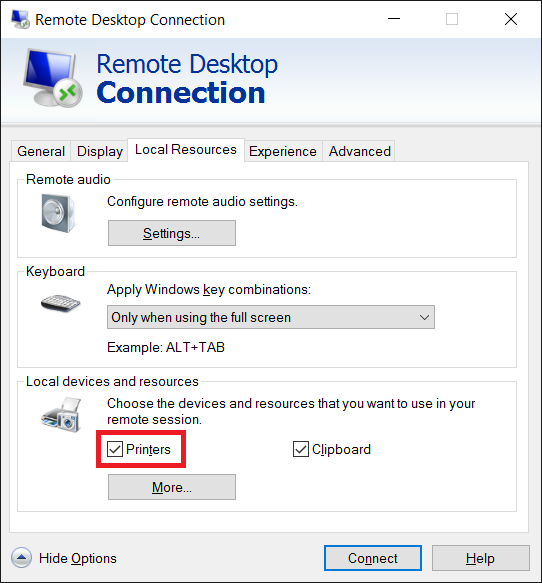 I have used Teamviewer, and I now use AnyDesk

Hey Q - we use Teamviewer over all our sites (120+) and it becoming a expensive pain! Each year you are forced to buy a new corporate license with just 4 simultaneous streams for a few thousand dollars. What they do is automatically upgrade the Client and then make older versions, our Corporate License, incompatible! Not Happy Jan…

So AnyDesk? How does it compare to TV? I always value your opinion.

I’m going to try team view, log me in and some other remote programs. I have printing and local resources enabled and drivers are installed properly on the tablet. I can print test pages from the tablet but since it can’t handle Samba I have to do the remote connection. And when i do a remote connection it wont print. When I do the remote connection I’m still running into issues. I have the printers rerouted and in samba it is configured to use those rerouted printers and still changing this from before has not fixed the issue. Here are attached pictures. Any suggestions? 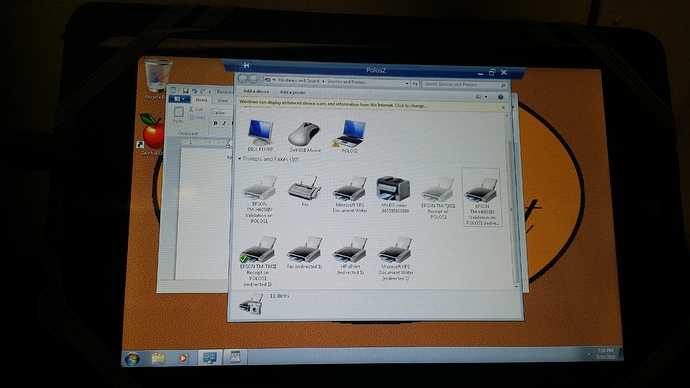 This is the remote connection 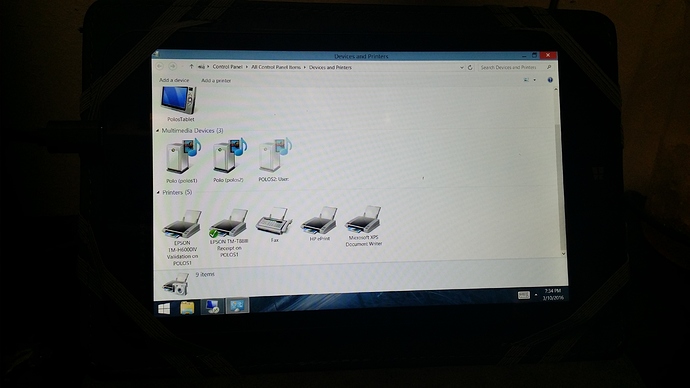 This is the windows 8 tablet not connected 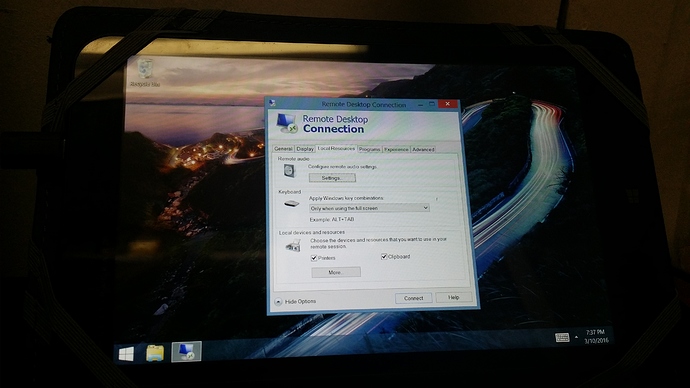 Showing that I have this turned on. 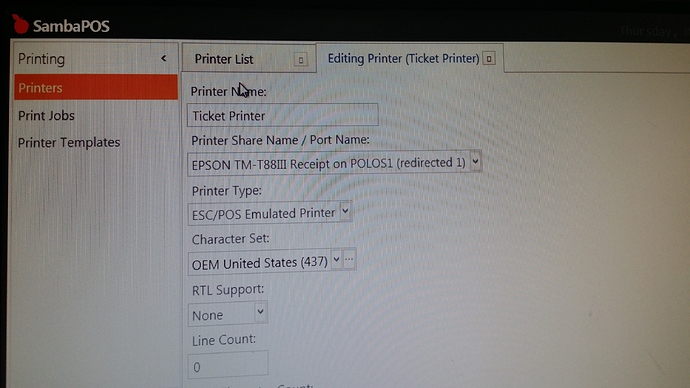 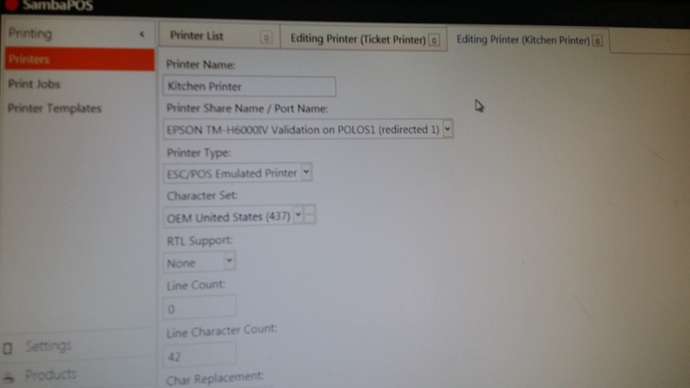 Update: I am able to print a test paget when remotely connected from the tablet. The problem is with my settings in samba I think. Any ideas on what to change in the settings?

Update: works fine with logmein. So it appears like it was an issue with the remote service I was using. I’ll work with it some more but for now admin can close this post or do whatever is appropriate since we can consider it resolved. I’m going to start a new topic for a different issue now.

So AnyDesk? How does it compare to TV?

AnyDesk works much in the same way as TV, which I used for years. I only started using AnyDesk a few months ago, and I find it to be faster than TV. It was supposedly developed by an ex-TV dev, and they are big on the new DeskRT protocol. Faster, less data transfer. Pretty sure they have license options as well, since it is only free up to a certain number of hosts I believe. Something to try anyway.