Tickets with No User Name and $0.00 for Total

I was reviewing tickets and I have many tickets where User field is blank and Total is zero. Shouldn’t all tickets have a User?

When I open one these tickets it shows paid, but there is no products on this ticket. 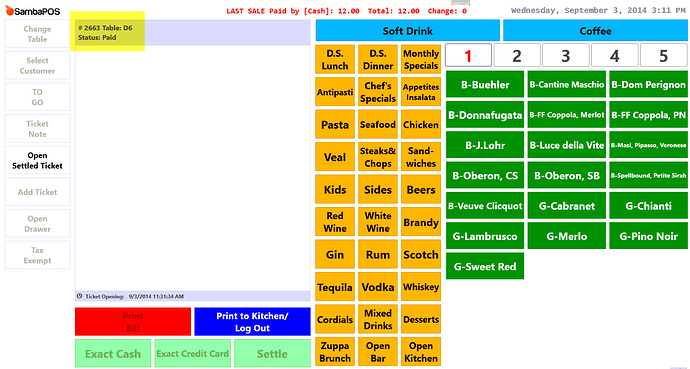 Well it seems we don’t update user name when all orders moved to a new ticket. It will work fine for next update and thank you very much for reporting it.

Great. I am glad it was not I was doing something wrong this time.

Can you add a filter for Closed Tickets? Thanks

There already is one. Its all tickets vs open tickets.

All Tickets is Open and Closed tickets.

It is helpful if we can filter Closed tickets only.

Sort by opcls open tickets do not have ending time.

Sorry, not sure I understand you.

The tab op-cls sort by pressing it. Open tickets do not have a close time.

Thank you. Did not even know that field existed.