Tip shows up in End of day report as sales

Hello again, I have a problem. I implemented Tip from emre’s tutorial but the problem is that Tip shows up as part of sales in workperiod (end of day) report and as Net Amount in other reports as well including items sales report. And if tip shows up in this reports than we have to pay taxes including tips which is not how it should be. below is the image from todays workperiod to clarify it. 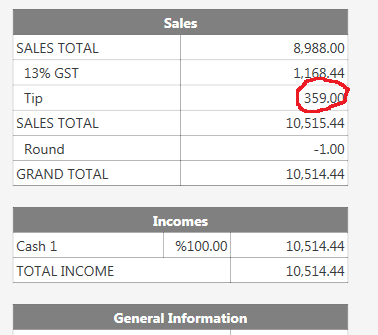 Tips should show under service accounts… what tutorial are you referring to? 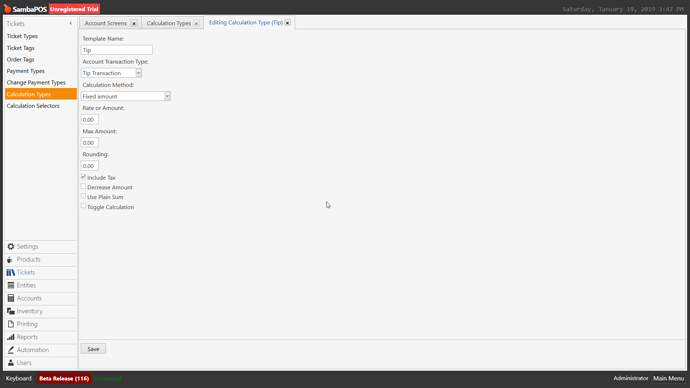 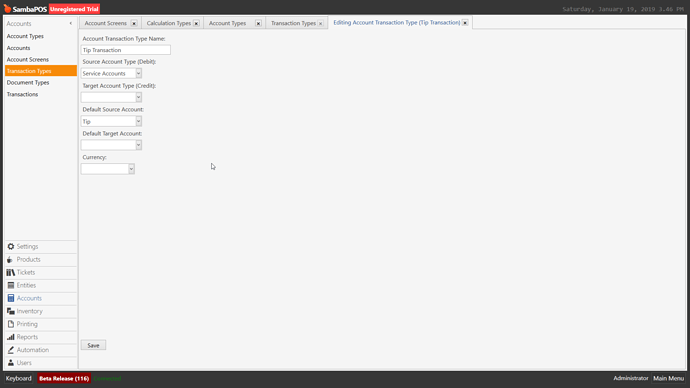 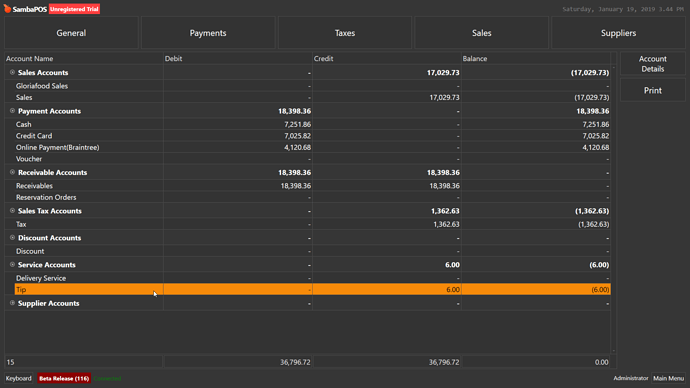 How to add tips to ticket V4 Tutorial

Hi John, if its not too much trouble… can you show an example please?

This one. But ill also checkout yours and see if it works

You can put it under any account you want but the proper account should be service accounts.

nope didnt work and I am using v4, does that have to do anything with this problem. This is very strange since any payment put in customer accounts do not show in sales section but Tip and any other calculation types do show up.

I don’t know what didn’t work. Show your setup you tried. It works. 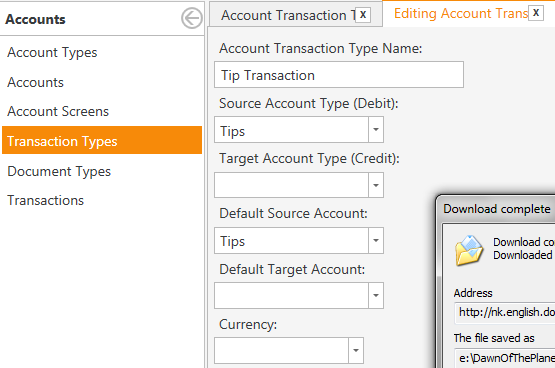 Ok what’s not working? It’s not going to change any that you already did. Only new ones.

I tried with a new ticket but it still shows up as part of sales in end of day report.

No it didn’t. That’s the same total you showed before.

Check your calculations. Make sure it’s got correct transaction type.

That’s correct too Tip Transaction, I have rechecked all the Tip related settings and the seem fine, I even tried changing them but still get the same result no matter what the setting if its calculation type then it goes into sales in end of day report

It may be fixed in v5. With v4 your limited. V5 all reports are custom you can make them do whatever you want. That might have been a limit of v4 it’s been almost 4 years since I messed with v4 it’s really old.

It’s all the same values as screenshot before.
@Raheel_Abbas_Mansoor as kendash said, it don’t amend past figures, only effect those going forward.
Those screenshots so the same totals.

Either way surely if tips are in sales it doesn’t have to mean your paying tax on them since your reporting tax seperatly, you don’t pay tax on gross sales, you pay tax on net sales or as you are reporting the tax that’s the tax owed. So long as your tip isn’t calculated including tax you know the tax owed from your report.
If your paying tax based on gross sales it’s pointless configuring tax in the first place.

Yes, not on past figures but its doing the same thing on new figures as well, I mean on new Tip transaction. (I posted the same image twice).
And in Reports Tip is being calculated as Net Amount, not on Gross Total. I checked all the reports Tip is being added to the Net Amount of Ticket Total just like in workperiod report. And we are paying taxes on Net Amount.

It’s a limitation of v4. The report was hardcoded and I remember it auto put some things under sales. I didn’t like that either but it’s fixed in v5 since the reports are all custom. V4 is done no more updates for it.