So I am restructuring my Database for a more consistent flow. I think it will be easier to understand my question if I just show what I am attempting to do.

I am redesigning the flow of my To Go Unpaid Tickets. Currently I have it setup with a Department and My unpaid ticket screen viewable when I press the Unpaid Ticket Department button. I want to move this button to my Ticket Line on the left. Everything works except I would like to change one behavior and I do not think it is currently possible.

Explanation is in the screenshots I am posting below:
PS I am open to suggestions as I am kind of still designing it and if you have better ideas share them with me 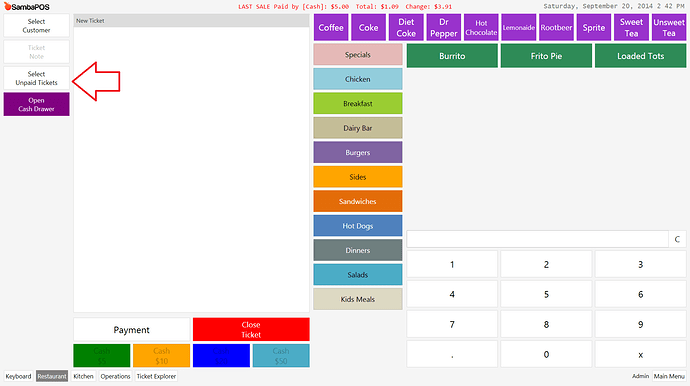 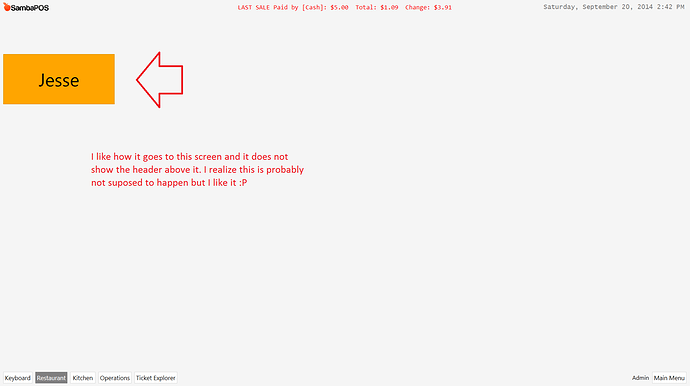 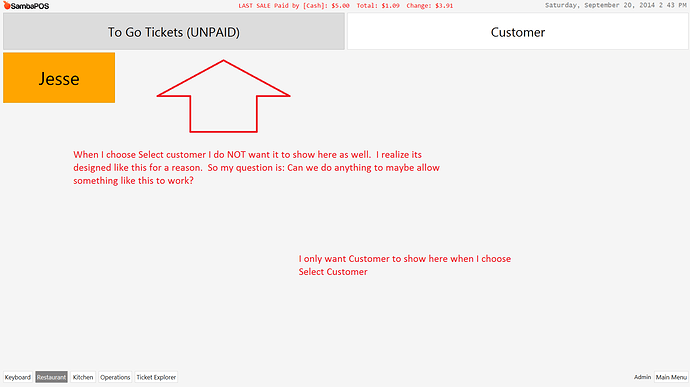 I decided to just use it like you normally should and I made my button just take it to the customer entity instead of Unpaid Tickets. I was trying to separate the screens without having to make another department… I realize that is not possible atm

Preferably I would still like Customer and To Go Tickets (UNPAID) to be separated and accessed with 2 different buttons. I just do not know how to go about that without creating departments. If I could create a department and hide the button that might work.

Maybe I should look into redesigning my setup for that completely. I am using Customer Entity to assign a customer to To Go tickets… Currently i use ticket tag to designate a To Go Ticket… I then assign a customer and then press close ticket because customer pays when they come in…

This is a quick service restaurant so really I would prefer to automate all of that into 1 button. I would love to make it so customer calls, I put order on screen then I press To Go and it takes it to customer screen to enter customer name. I really do not need the Unpaid Tickets to show up when pressing that To Go button… I want a button that says Unpaid Tickets and it can be on Ticket Line. When pressing Unpaid Tickets it brings up ONLY unpaid To Go tickets.

So all that said this is what I am trying to design it may be possible it may not its looking like I may need additional tools to do it… if anyone has any ideas feel free to chime in.

Here is how it is looking so far: 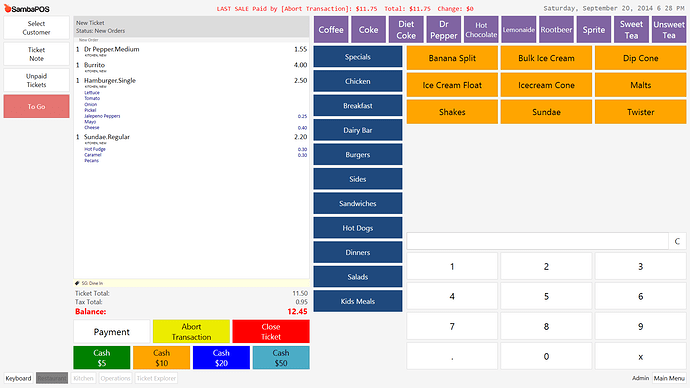 Maybe you should merge both screens to a single screen. I think storing ability to search customer will be nice.

fyi you are not listing Unpaid tickets here. You are listing customer entities with Occupied state. That may sound strange but customers and tables both shares same (available, occupied, locked) states since Update Table State action does not contain a entity type constraint. Just a shorthand to update both table and customer entity states. 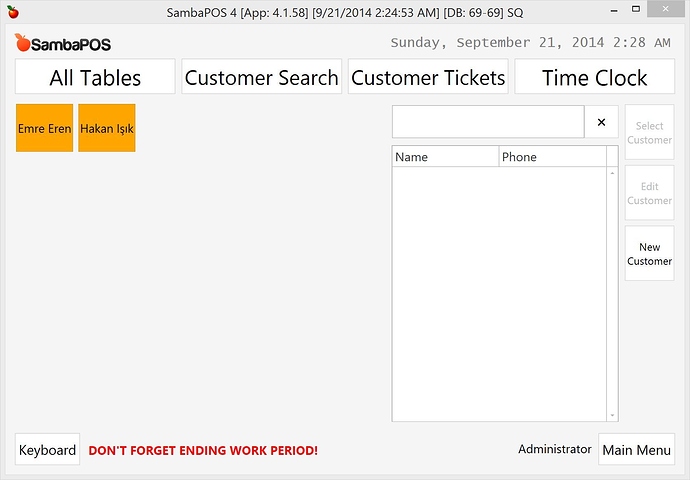 Hmm you know thats not a bad idea. How would I combine them? I know how to do the Customer Widget how do I make it put the Customer Entities onto a custom screen?

Entity grid widget does it. If you does not change widget settings it will use entity screen’s configuration. For testing just change your screen to custom and add an entity grid widget.

Ah I guess I thought the grid did not do anything since every time i went to add one i never saw one appear. This is really what I wanted to do in the beginning it just threw me off when the grid didnt appear like normal when i added it.

Ok this is great! thanks

Yes there is a small issue as it displays nothing when there is nothing to display.

Its getting there! Next step is getting rid of Customer Screen 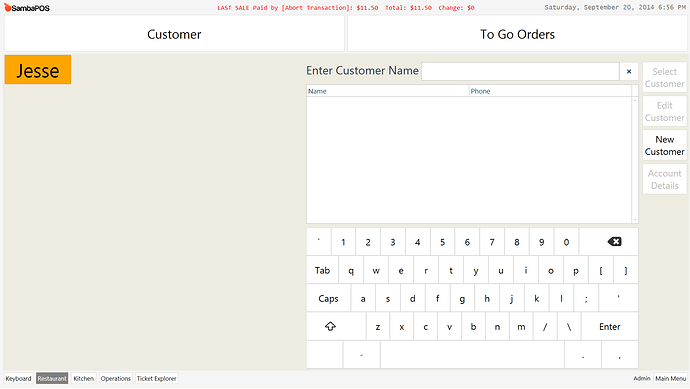 Good. As you are using the widget here you can customize button click behavior by using widget’s Automation command setting. If you set something there it will execute that command instead of displaying ticket. You can do something and display ticket with Select Entity action.

It will “be” useful if you will need a custom state flow for togo customers.

Yah I am looking into that now. I decided to rebuild it from scratch. I think I can do more amazing things if i made my own flow.

I was looking at my database… and I was pretty happy with the function… but i started to think about the HOW it gets to this point and how it gets to that point… and I realized I kind of built it on top of other things… now that my knowledge has expanded to the point I understand more I realized I could go back and redesign it using a more natural approach with State flow, Tickets, etc and accomplish a much cleaner less bug prone system that does the same thing.

OMG that paragraph above may not have made sense my brain is taking off again.,

No it makes perfect sense. In fact it is a little my fault as I’ve implemented states after doing a lot of automation implementation. Some rules even not needed but I keep them because it will be really hard for people to do even simple things without understanding how states works.

States are definitely a more complicated portion of it as you have to think with a plan and cannot just piece it together. But I think I am ready to begin this adventure!

PS I think I will be looking at States first when I start designing something to see If I need a specific flow and then look into automation. I think this might lead to better designs.

Hmm I am getting some odd behavior with Entity Grid widget. Is there not a way to set the grid size and the size of the entity buttons that show up in it seperately? Either something wierd is going on or something is screwy with mine. It lets me resize the grid but the button wants to fill the entire screen until another entity is loaded then it splits the area… screenshot coming up. 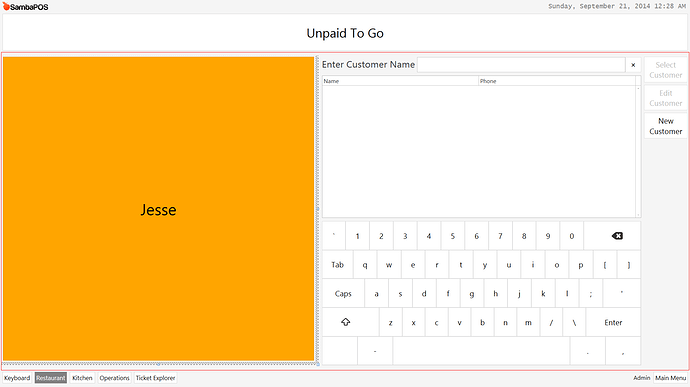 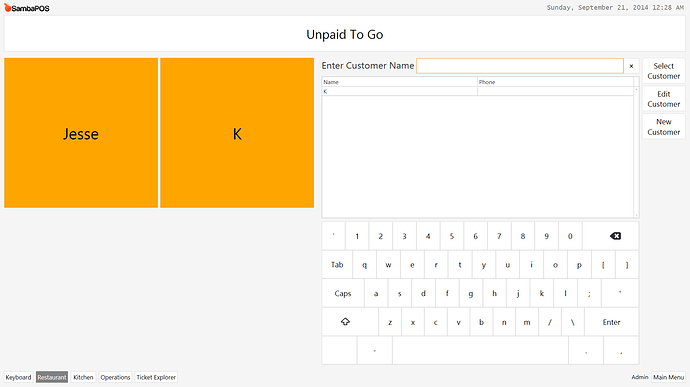 I have this setup for delivery. I have large button like that before. I don’t remember how I fixed it now. I will try to fine out again 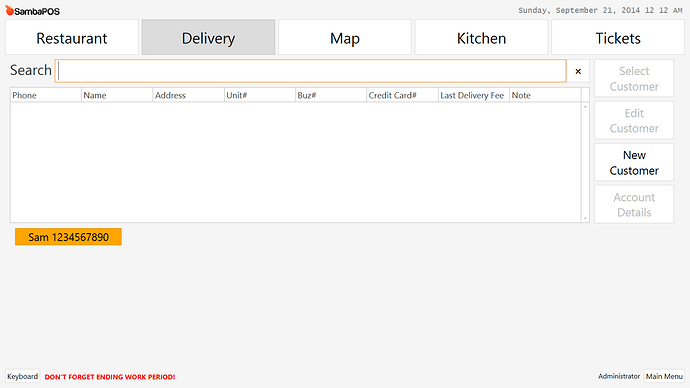 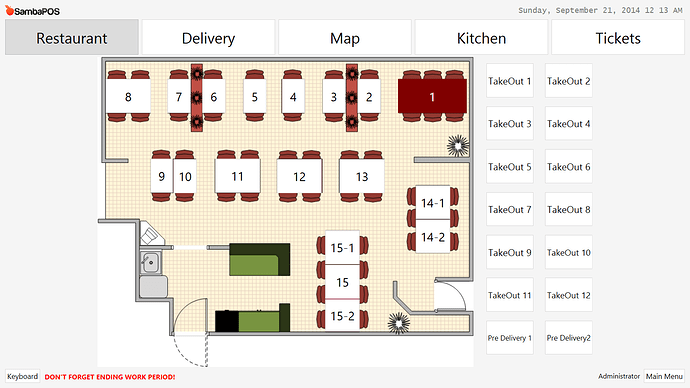 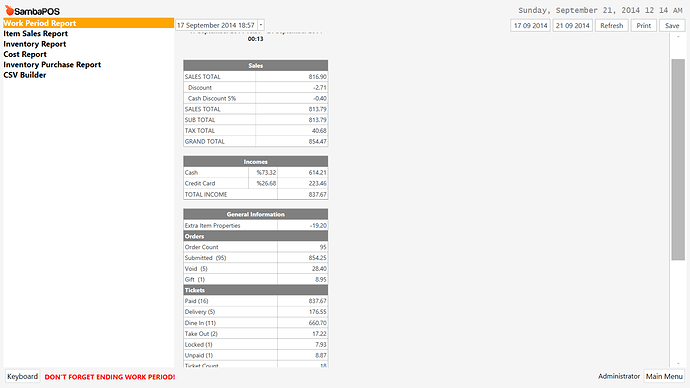 I tried that but it still had same behavior. Wierd thing is it did not do it at first then I reloaded database and remade it and it started doing that.

I’ve improved it a little and I hope it will work fine with next update.

While testing it I’ve also decided to add Disallow Entity Change setting to widget. That will disable buttons if Change Customer button clicked and enable when Select Customer selected. I hope that will solve some unwanted customer changes.