I have seen references to this many times but I can not find a post actually explaining this:

When a waiter logs in they automatically go to POS screen, not menu screen, how to accomplish this?

In User Role for that user uncheck Can Enter Navigation Screen option. 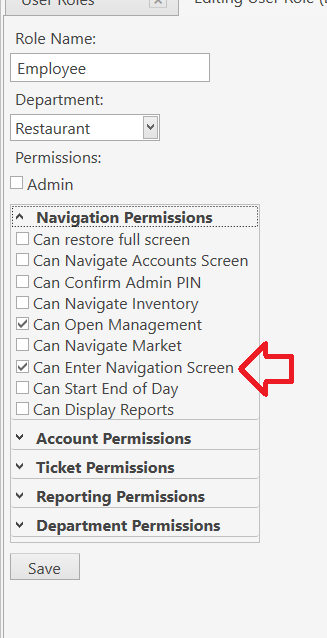 EDIT: What the heck is the forum doing to my image… its auto zooming it?? @QMcKay @emre have you two seen this before?

Another option should they still posibly need menu acces but just want to go straight to POS is to have a nav module action to go to POS on login. 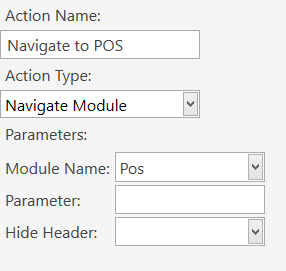 I did this as have buttons which want accessable to all (force room data update from PMS) for example which is routinly triggered but want manual overide but no need to have a POS screen button for it as rarely used.

EDIT: What the heck is the forum doing to my image… its auto zooming it?? @QMcKay @emre have you two seen this before?

It does on mine tho: CHROME

So maybe its a Chrome thing?

I don’t think it’s a chrome thing, i use chrome a lot of screenshots and it works fine